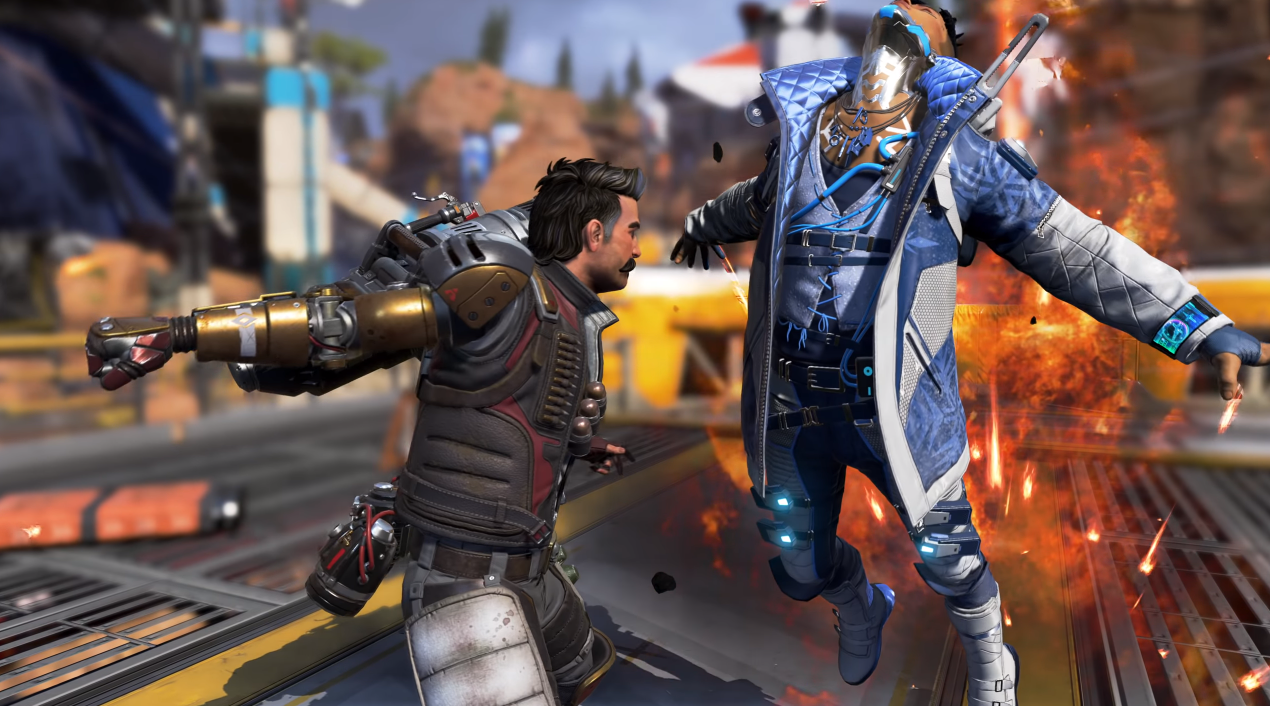 The Apex Games are about to get a whole lot hotter, courtesy of a bloke from the Land Down Under.

In what resembled a 1980s movie trailer, Apex Legends fans got a sneak peek at Fuse's abilities and finishers in today's season eight teaser. And the Australian legend is sure to set the Outlands ablaze.

Fuse's tactical appears to be a cluster bomb. It's unclear what its effect or damage potential is, however. For his ultimate, the new legend uses his cannon to rain pools of fire in a large area on the ground.

In an interesting finisher animation, Fuse chucks a grenade behind his target that shoots the enemy toward him. The Australian then extends his metallic arm and clotheslines his victim to emit a loud thump. His other execution animation is a bit simpler but just as brutal. Fuse picks the enemy up with his metal arm and slams them to the ground.

Apex season eight, Mayhem, kicks off next week on Feb. 2.