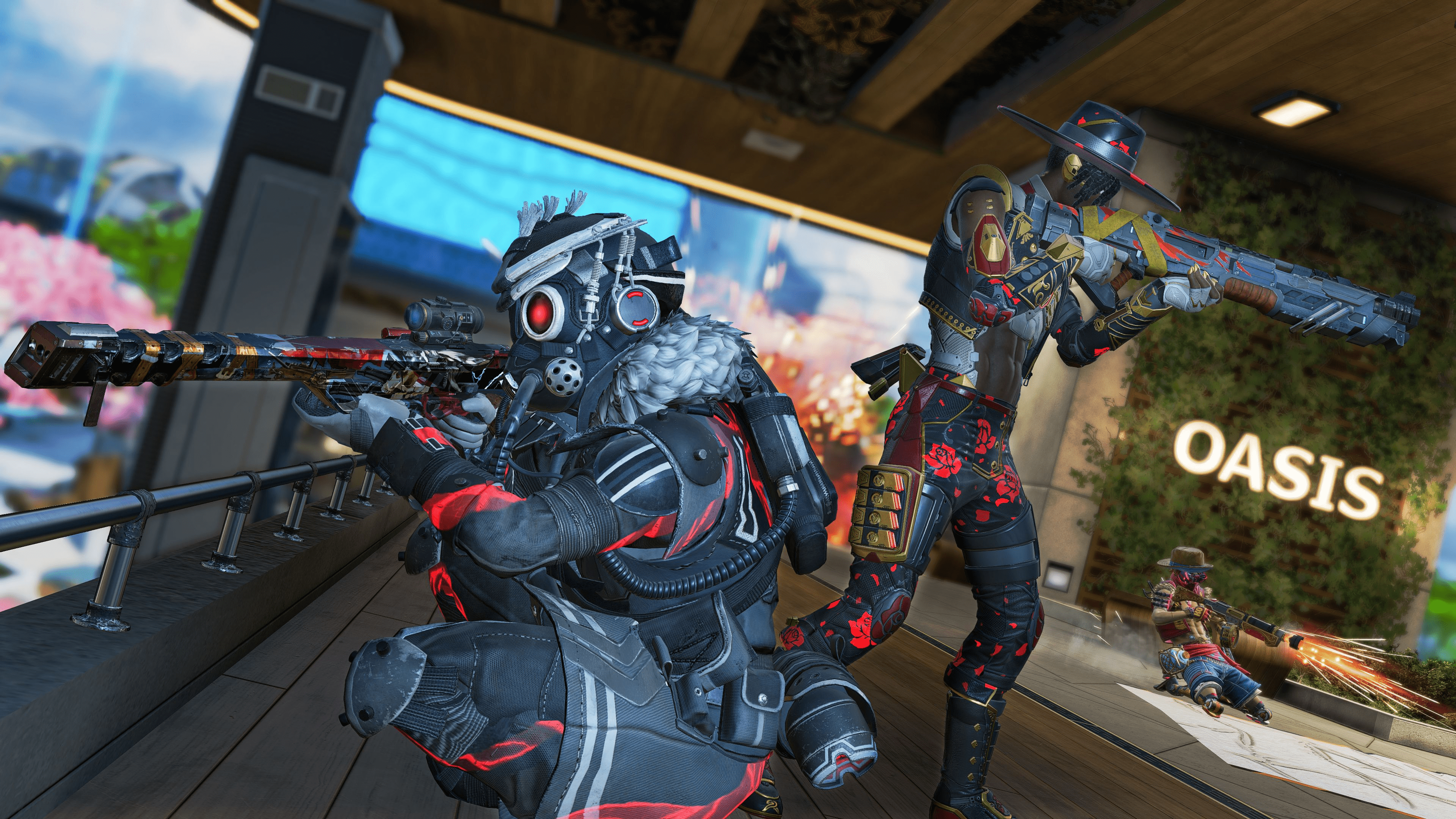 Gun Run is here, the newest limited-time mode to come to Apex Legends and the game’s take on the traditional “Gun Game” FPS mode.

Gun Run cycles you through a list of the game’s weapons, automatically giving you a new weapon every time you register a kill. The twist? This is still a team game, with your team competing against four other squads, and every kill leapfrogging you up the weapon list to whatever weapon is next for your highest teammate.

It all leads up to a throwing knife battle, with the first player to get a kill with the mode’s special throwing knives securing the win for their squad. It’s fast-paced, hectic, and a whole lot of fun, too.

But if you’re trying to master Gun Run in Apex, what legends should you go with? In general, you should be looking for characters that can get around the map quickly and efficiently, allowing you to secure a lot of kills while being able to perform a quick escape when need be. Also, you shouldn’t be prioritizing legends whose main abilities focus on dealing damage. While some of these abilities can make for racking up gaudy numbers normally, the whole point of the game is to secure kills with your weapons.

At its heart, Gun Run is a true run-and-gun game. And in that spirit, here are the legends you should be getting good with if you want to do well in the mode.

The battle areas in Gun Run are full of buildings and multiple levels of combat to engage in, which make Pathfinder an ideal choice for the mode. His ability to traverse short-to-medium range distances is nearly unmatched, and it makes for a very strong character in a mode where you frequently find yourself low on health, and needing to swing to a new place either to get to safety or to secure one of your own kills. Instantly transport your whole team to a rooftop, or surprise an enemy with a grapple hook behind them for an easy kill. In the chaotic fights that often take place in the mode, Pathfinder’s mobility shines.

Similar to Pathfinder, Octane is another legend that seems tailor-made for Gun Run. His stim might cost you some valuable health in a mode where everyone has white shields, but he can also get into and out of engagements faster than just about the entire roster of legends. His Launch Pad is also useful in quickly gaining height advantages on opponents in sticky situations, and can send his whole team flying into a fight. Octane is fast, and he can make his team fast. And in Gun Run, speed is king.

Wraith is a good option in Gun Run for many of the same reasons she’s a good legend everywhere else: she’s a small target to hit and has a “get out of jail free card” tactical ability. With only white shields, you’re almost guaranteed to get your shield cracked whenever you get into an engagement. If you’ve managed to get your kill and see the enemy closing around you, slip into the void with your Q. It buys you time and space to get out of trouble in a mode where your enemies are more likely to turn on each other than they are to follow you and also makes you invulnerable while you wait for your shield to regenerate.

Ash’s use in Gun Run is two-fold. Obviously, a quick use of her Phase Tear can be useful in almost any situation, either getting Ash out of trouble or helping transport her team onto a rooftop, behind an enemy fighting, or anywhere else on the map. But her Arc Snare can also have several uses in the mode. Octane or Pathfinder trying to get away from you? Throw the Arc Snare into their path and tie them down for a few seconds. Negating the mobility of these legends spells a quick demise for them.

Want to play the mode a little bit differently? Try Rampart for a bit of a slower-paced game. Thanks to her amped cover, Rampart can help your team secure kills even more quickly by amping the damage on any and all of your guns. Rampart also controls the flow of battle a little bit more and can lock down an entire building in Skull Town or Fragment East. Setting up a little sniper’s nest with her walls might come in handy if you land on a Triple Take or Sentinel, too.

Bloodhound is one of the game’s best characters to take into a fight, which makes them perfect for Gun Run since the mode is essentially just one long fight. Scan through walls to look for enemies and see exactly where the other teams are hiding, giving you and your team the drop on anyone rounding a corner. The Beast of the Hunt ultimate gives Bloodhound even more scans, highlights all enemy players in red, and makes them even faster. If you’re looking for a good all-around character in Gun Run, Bloodhound is very tough to beat.

Horizon’s movement abilities make her an ideal choice for Gun Run, even if her ultimate is a little less useful without any grenades to throw into it. Make quick getaways, transport your team on top of a building, or take a fight using her Gravity Lift ability. You maintain your gun accuracy while using the lift, and can strafe back and forth quickly in the air, making you very difficult to hit.

Her passive lets you jump off of buildings or tall platforms without taking any fall stun, which can be vital during the constant chaos. And while her Black Hole isn’t quite as deadly as it normally is, it can still cause a major disruption for enemies that don’t think to shoot it out. If you’ve wanted to give Horizon a try, but haven’t wanted to test her out in a serious environment like battle royale, enjoy the endless spawns in Gun Run and give her a shot.