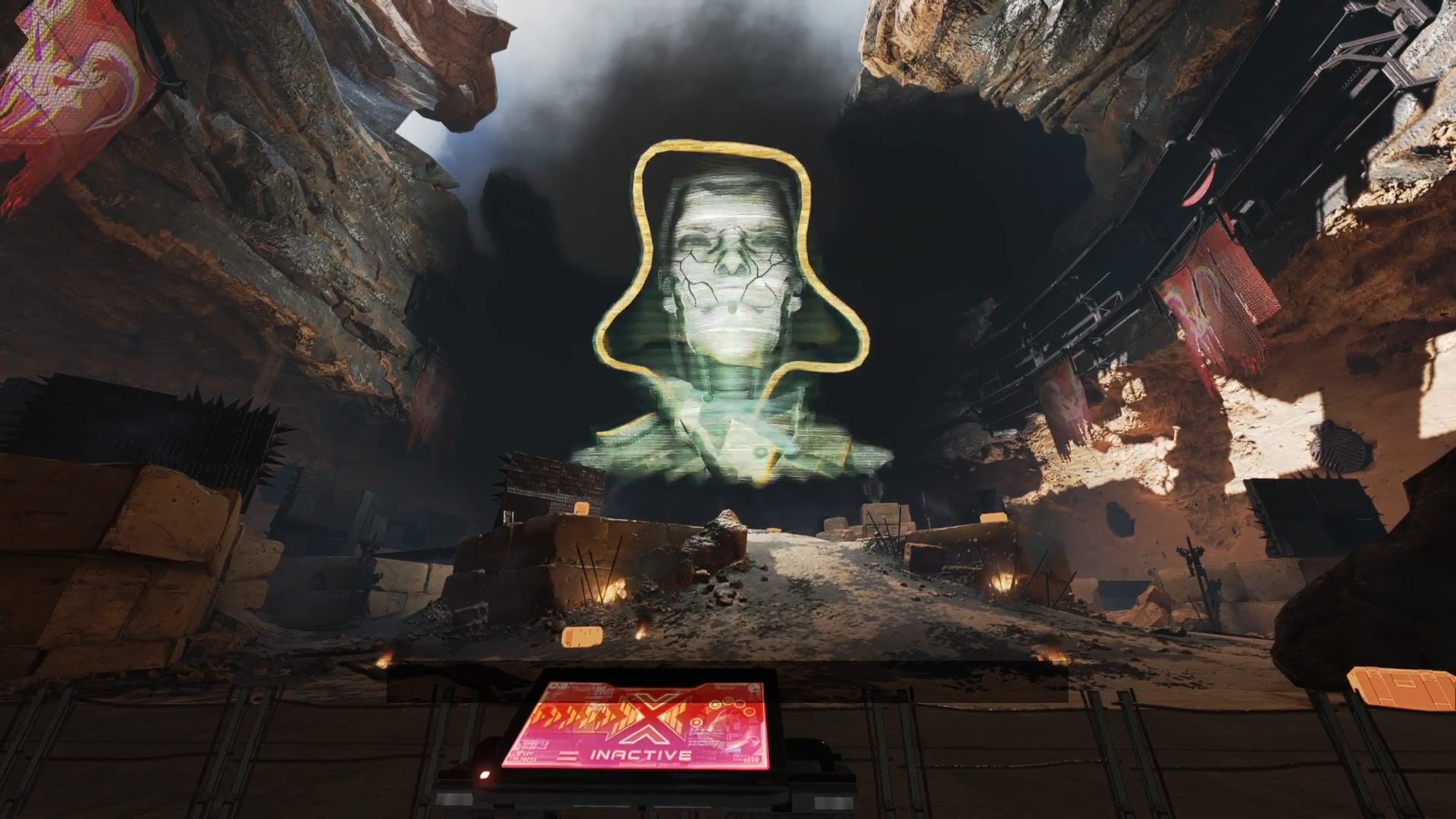 Apex Legends’ new Firing Range teaser took players to a mysterious Arena today, courtesy of Ash. Activating the teaser transported players to a new area of the map where they met a hologram of the simulacrum.

Clearing the Firing Range teaser sends a dropship to the landing platform at the Firing Range, which brings the player to another part of Kings Canyon. An elevator inside takes the player to an arena as gunfire rings in the background. Once the machine reaches the top, a big version of the passcode holo-sprays appears briefly and gives way to a projection of Ash.

“Do you think you have what it takes to impress me, legend?” Ash says. “Gonna find out soon. The Arena awaits.”

After Ash’s challenge, the game will take players back to the main lobby and gift them the “Impress Me” banner badge, which depicts the simulacrum and shows the same symbol as the holo-sprays.

The Arena could mean a series of things for Apex. Respawn has repeatedly embraced the narrative of evolving the game “beyond battle royale” and an arena mode could be a move that’d bring its multiplayer environment closer to the one in Titanfall. More importantly, the hypothetical addition of an arena mode would also co-opt players who aren’t fond of the battle royale genre.

In-universe, however, the Arena can also have several meanings. The video showed a construction that resembled the Thunderdome, which was decommissioned during the Outlands Civil War. For the time being, it’s unclear what The Arena means or how it will fit into the lore, but players won’t have to wait long to find out.

Legacy, the next stage in the game, will debut on May 4.