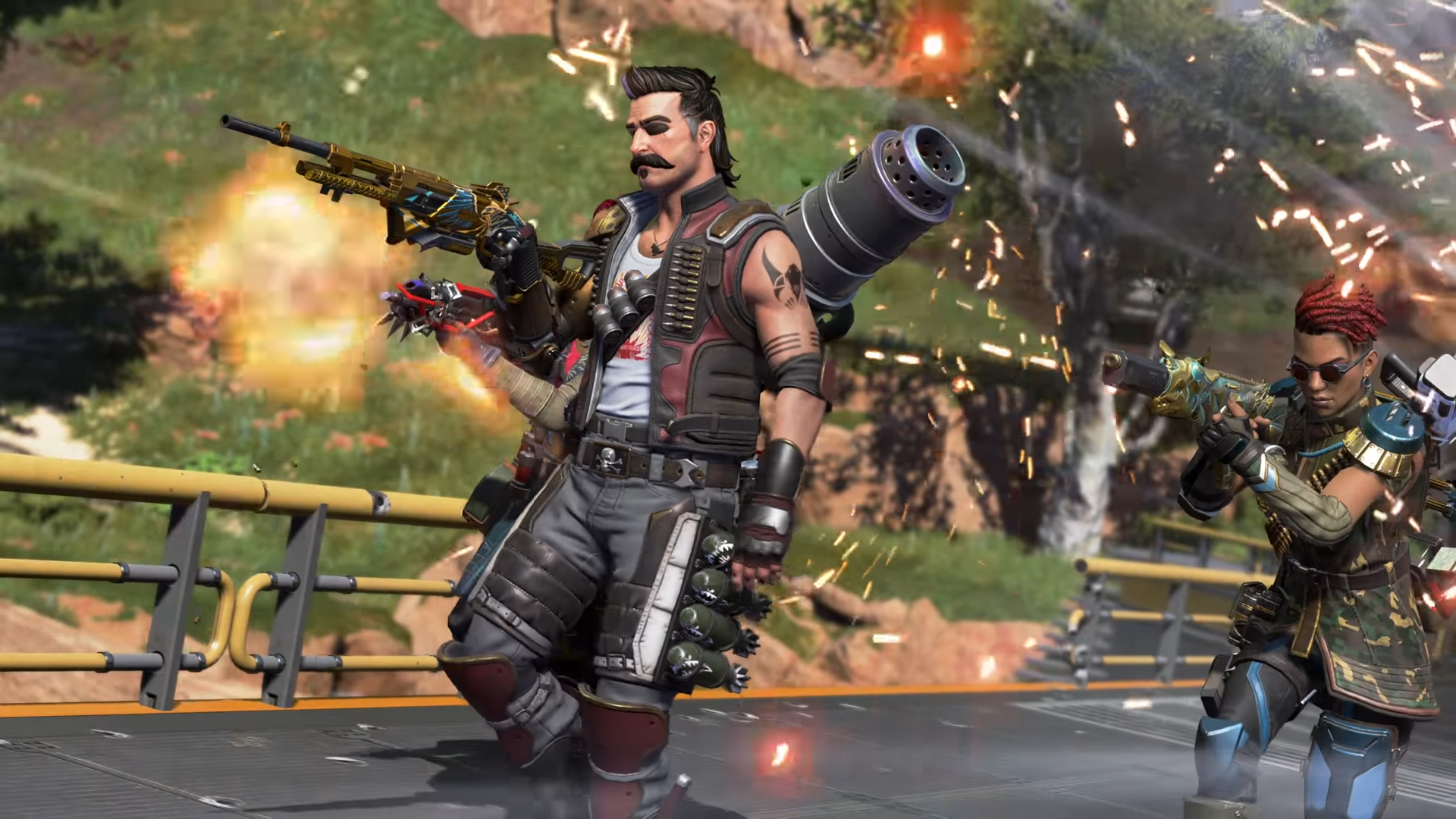 Respawn is set to add two new hop-ups to Apex Legends with the Legacy update.

Shatter Caps will turn the Bocek Bow and the 30-30 Repeater into mini-shotguns, while the Deadeye’s Tempo attachment will increase firing rate with the Bocek and the Sentinel if you pull the trigger at the right time.

The Bocek comes with a novelty: It’s the first weapon to have two hop-up slots. This means players can equip both Shatter Caps and Deadeye’s Tempo at the same time, although they may have to toggle between the two.

The first hop-up causes arrows to “break up into a number of projectiles that have a set spread pattern,” according to lead game designer Daniel Klein, similar to shotgun shells. The effect transforms the Bocek and the 30-30 into shotgun-like weapons that use their respective ammo.

Shatter Caps add another layer of versatility to the Bocek and the 30-30, two precision weapons focused on medium-range combat and fall off in efficiency when up close and personal. Having the option to toggle between close and mid-range makes room for more flexibility in players’ kits—for instance, by picking a sniper as a second weapon to cover all ranges or doubling down on close combat with an R-99.

If combat in Apex is a dance, Deadeye’s Tempo is the beat. The new hop-up increases fire rate when pulling the trigger at a precise time during the animation and develops a cadence to the combat. “Once you find that rhythm and you keep shooting at that rhythm, the bow starts shooting a lot faster,” according to Klein.

With the Bocek, the new hop-up reduces draw time after shooting when the arrow is fully nocked. The attachment also fits on the Sentinel, which activates “after a single shot from that sniper rifle,” according to Klein.

Keeping up the increased fire rate will likely rely on audio and visual cues, as well as sheer muscle memory, but will reward players with a drastic increase in damage output.

Players will get to try the two hop-ups, as well as the Bocek Bow and the new legend Valkyrie, when Apex‘s Legacy update drops on May 4.