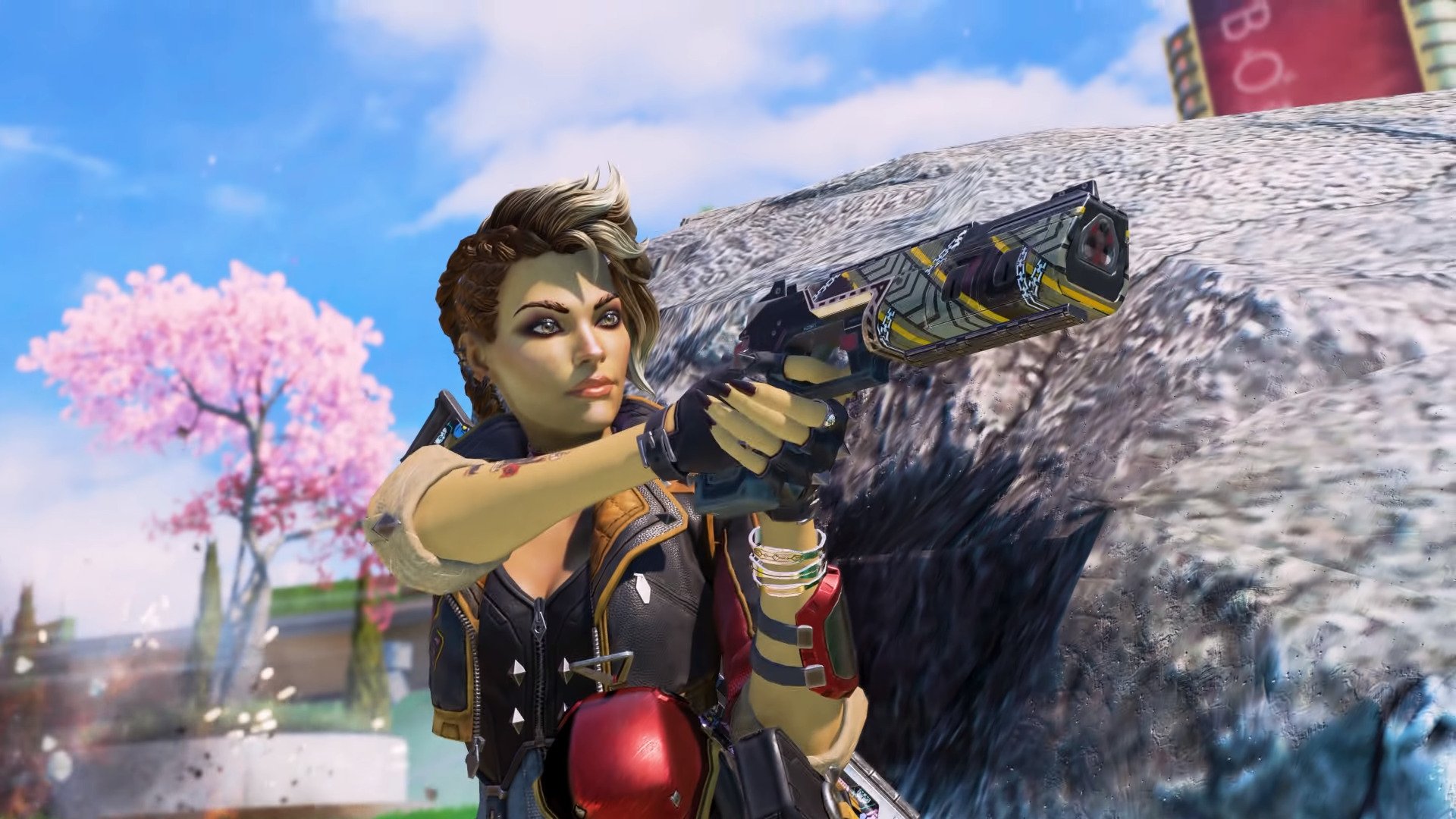 Apex Legends’ next season, Defiance, is launching tomorrow and Respawn has released a closer look at the battle pass that players will be able to purchase. Featuring Loba’s first battle pass Legendary skin, matching holo-sprays, and a dieselpunk-inspired reactive skin for the Hemlok assault rifle, the rewards blend the rebellious attitude of Defiance with celebratory nods to Apex’s third anniversary.

The Hemlok will be getting its first reactive Legendary skin at tier 100 of the Defiance battle pass. Each kill appears to feed energy to a series of pipes beneath the barrel, causing flames to spew from twin exhausts running along the side of the weapon. The back of the Hemlok also features an RPM gauge that presumably gains revs with each kill under the player’s belt. As players have come to expect, tier 110 will feature an additional recolor of this skin.

Loba has always managed to miss out on a battle pass Legendary skin since her release in season five. Season 12 breaks the curse, featuring the Breaking The Law Legendary Loba skin, available at tier 50 of the battle pass. Seer joins her with the Aces High Legendary skin, earnable at tier 25. Both sport a high-fashion punk aesthetic, complete with leather jackets and studded chaps to fit in with the look of the season.

When players first unlock the battle pass, they’ll immediately earn Epic skins for Crypto, Lifeline, and Ash. In the trailer, we can see that each of these comes with its own set of matching accessories further down the pass, including a weapon skin, a charm, a banner frame, and a holo-spray.

Many of these sprays have a counterpart since Defiance introduces matching holo-sprays to the mix. Crypto and Wattson both receive holo-sprays in this battle pass that fit together to celebrate their connection made in season five’s quest, The Broken Ghost. Octane and Lifeline, Horizon and Ash, as well as Seer and Loba are also shown to have similarly lore-themed matching holo-sprays that can all be obtained through the pass.

All of this will be available alongside the music packs, quips, and loading screens that Apex’s battle passes routinely feature. Check out the Defiance battle pass in-game for yourself when the new season launches tomorrow, Feb. 8.