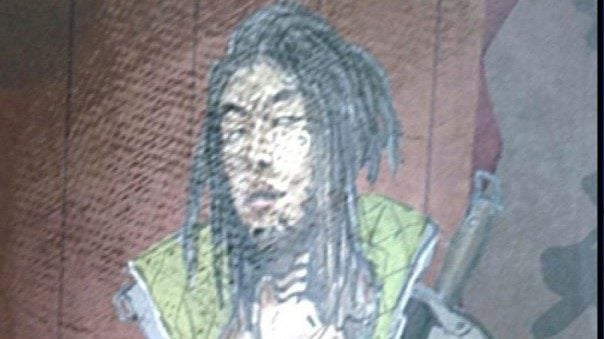 While most fans are casually enjoying a game of Apex Legends, data miners are busy searching through files for the latest leaks.

One data miner with a track record of leaking accurate information found sound files that seemingly point to the ultimate and tactical abilities of future legend Crypto.

The data miner explains in a YouTube video how he came across audio files labeled “Char_11.” With the addition of Wattson, Apex now has 10 legends. Many fans believe Crypto will be the next legend to be released, making him “Char_11.”

The data miner plays the leaked audio files and theorizes what he believes the abilities might do.

“Crypto’s ultimate sounds, to me at least, exactly like some kind of electrical device,” the data miner said. “It sounds like it’s a timer that, after a short period, detonates. My guess is it’s an EMP grenade. You throw it, a detonation timer sounds… and then it explodes.”

If this theory is true, Apex won’t be the first game to use an EMP. Sombra from Overwatch uses an EMP as her ultimate ability, destroying all enemy barriers and shields while hacking all opponents within range. If Crypto follows a similar trajectory, he might be a counter for legends like Wattson, who uses defensive abilities to zone opponents.

The data miner believes the audio files for Crypto’s tactical ability hints to a deployable electronic device that’s a radar hack, which would allow him to see players when they come near. Going off of Respawn’s season two trailer, the deployable device might be a laptop that can be destroyed by enemies.

There were no sound files found for Crypto’s passive abilities.

The same data miner found sound files for another legend labeled “Char_12.” The audio file is a heartbeat that varies in three different speeds. This may hint at a stealth legend whose heartbeat changes speeds depending on what action they’re doing.