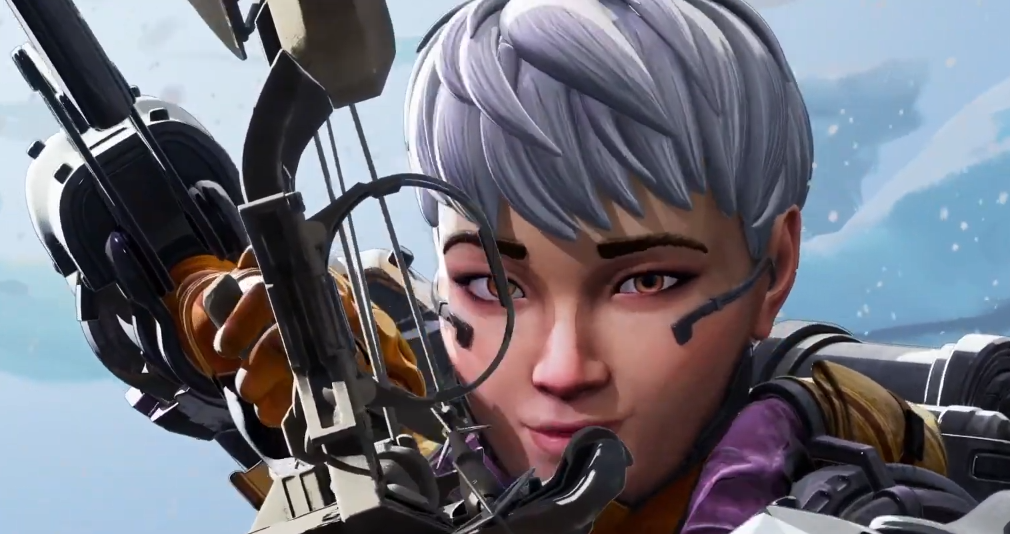 Apex Legends players will soon be able to explore the skies with the upcoming legend, Valkyrie. But Respawn gave a sneak peek of some of the content in the next season today.

Respawn unveiled the Legacy launch trailer today, giving fans a first look at Valkryie and her abilities. And with the Bocek Bow slated to make its Outlands debut, we got to see the weapon in action as well.

Amid all the explosions and chaos, Valk swoops in and causes some blasts of her own. While Respawn hasn’t officially confirmed her abilities, some of them were on display throughout the trailer.

The most prolific is definitely an array of missiles that she deploys from her suit, reminiscent of Pharah’s ultimate from Overwatch. The projectiles wipe out the opposing Gibraltar and his team before Valkyrie descends on them to deliver a killer punch line: “You can have the ground, I own the sky.”

The new legend follows that up with what is likely a finisher animation, kicking Gibby in the face and setting him ablaze with her jetpack as she flies away.

Her ability to soar the skies is obviously going to be a huge part of her kit. It’s unlikely that Valk will be able to fly for a long period of time, though, since that might give her a clear advantage over her counterparts. But how it’ll work is still unclear.

And the Bocek Bow made a brief appearance at the end of the trailer when Valk uses an arrow to cut Fuse’s celebratory drink short. In a battle royale filled with automatic guns and snipers, a bow might be a difficult sell. But if it delivers destructive mid-range damage, accurate players might be able to use it to deliver killing blows.

Apex: Legacy kicks off on Tuesday, May 4.