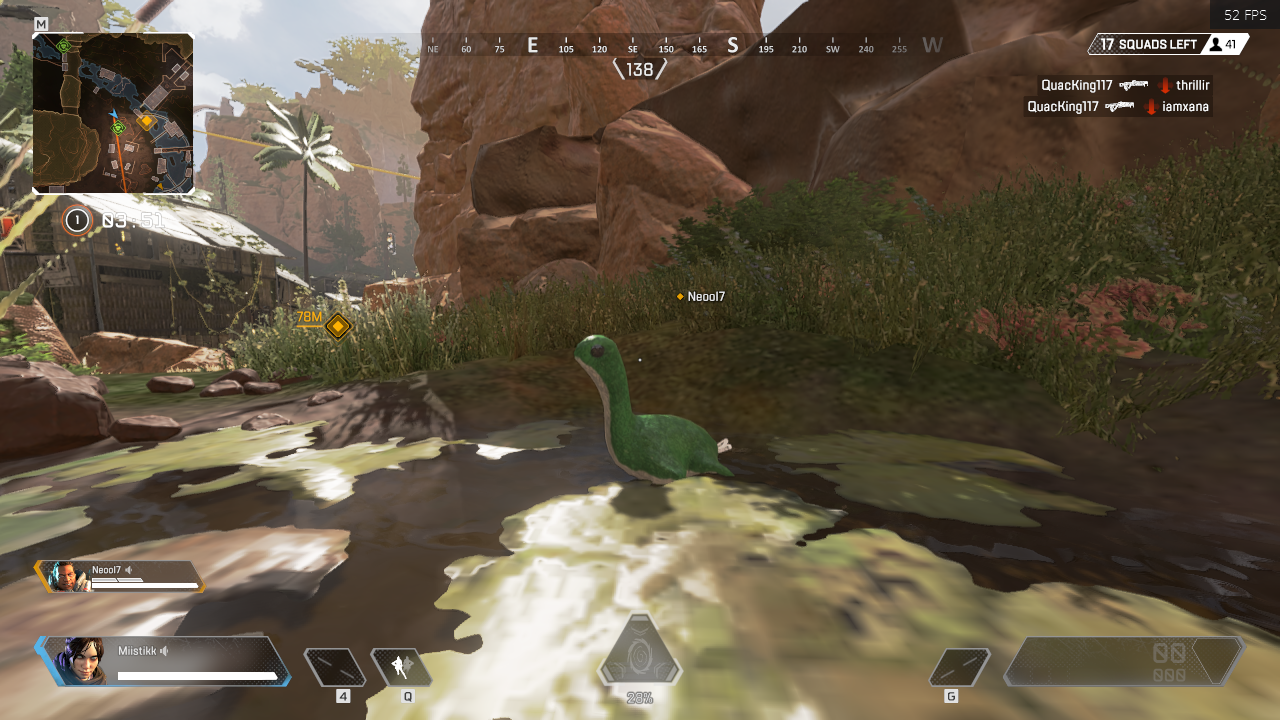 Starting today, players can find and break strange eggs scattered throughout the game’s maps. Each egg contains a weapon called “Ol’ Nessie,” which seems to be modeled on the Mozambique. Instead of shooting bullets, it shoots plush Nessies, which proceed to squeak, run around a small area, and attack nearby enemies. While the gun isn’t meant to be very powerful, it’s definitely a lot of fun to use.

Players who log on today will also receive a new April Fools-themed badge that shows a Nessie in a jester’s outfit. The description reads, “Bamboozles for the fool-zles – Don’t believe everything you see today!” The Ol’ Nessie gun will be available all weekend for players to use, so the festivities won’t end once the day is over.

The Apex Twitter account actually teased the gun yesterday, tweeting an image of a green Mozambique with a Nessie charm and Nessie photos. The development team previously confirmed that the game would get a new April Fools’ Day event this year. Respected leaker Shrugtal also tweeted earlier today that an April Fools’ Day event was going to drop within a few hours, all but confirming players’ suspicions.