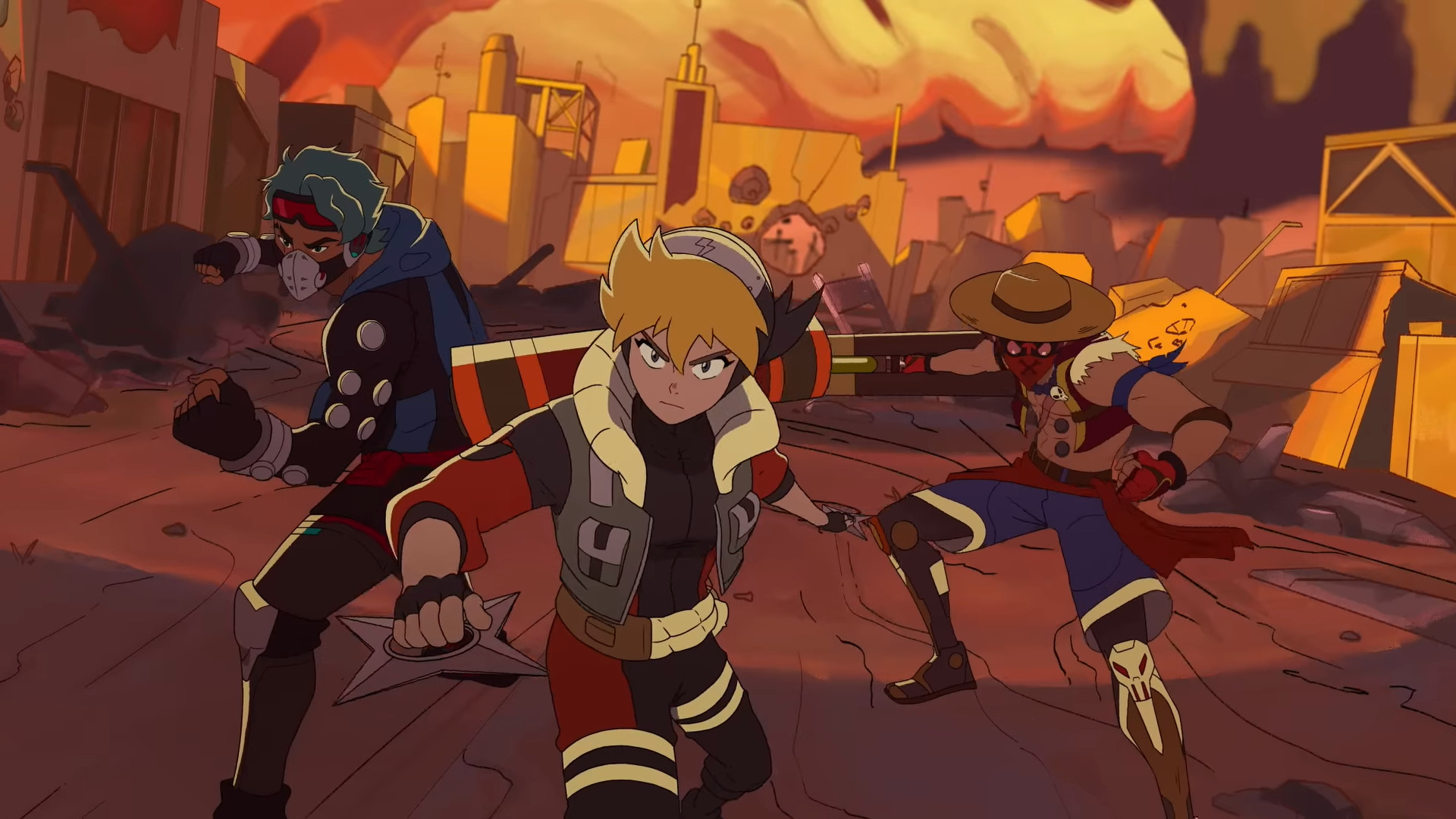 The Gaiden event brings some of the best cosmetics in recent memory to Apex Legends. With anime flair and references aplenty, there’s a good bet you’ve caught several of the classic animated shows that several new legend skins are based on.

It’s difficult to get all of them, however. While some super-popular series are easy to catch, other skins are a bit more obscure, and require a little bit of digging to figure out exactly which anime they’re supposed to be part of.

If you’re struggling to figure out how all the skins fit into the world of anime, here’s a list to help you all.

The Legendary Revenant skin is in many ways the centerpiece skin of the event, and is also one of the easiest references to catch. The skin transforms Revenant into an Eva Unit from Neon Genesis Evangelion, and specifically looks a bit like a recolored version of Shinji’s Eva Unit 01.

Of course, given Revenant’s general disposition, you’d be forgiven for thinking he should have been given a design closer to one of the series’ horrific angels.

Another easy one to spot, Octane is fashioned much like Monkey D. Luffy from One Piece. The straw hat, the open red coat and scar across his chest, the jorts, it’s all there. In fact, the original version of the skin that was datamined had a completely straw-colored hat, instead of the blue-brimmed one that was added to the game. Maybe it was just too close to the original source material for the creator’s taste? Whatever the case, the visual connections remain very strong.

Just because it’s obvious doesn’t mean it isn’t good. Wattson’s Legendary is very clearly inspired by Naruto, from the tousled blond hair, to the puffy green vest, to the black and red-orange jumpsuit. The skin even has a few references not specific to the titular character included, such as a couple logos that resemble the Uchiha clan’s trademark Sharingan eye.

Mirage’s Legendary skin feels a little less obvious than his the other Legendaries in this event, but the red-and-blue suit is inspired by Deku from My Hero Academia. Usually, Deku leaves his facemask hanging down by his collar, while Mirage actually wears his over his mouth, but the suit and blue-green hair seal the connection between the skin and the show.

The Heart Stopper skin could reference a couple different animes, but it seems most likely to be modeled after Tuxedo Mask from Sailor Moon. Since it’s an Epic skin, and therefore doesn’t make any major changes to Seer’s character model, the skin doesn’t have Tuxedo Mask’s trademark cape, nor the rose he always carries. Respawn compensated for that last part, however, making the animated portions of the skin a rosy floral pattern.

It’s not nearly as difficult to tell that Bangalore’s Epic skin is also a Sailor Moon reference. It’s difficult to mistake those uniforms, after all. She also gets a crystal in her forehead, and vibrant purple hair. It’s not an exact replica of Sailor Moon, sure. Bangalore’s never seemed like the type to wear bows. But it’s pretty spot on everywhere else.

One of the newest animes to get referenced in the Gaiden event, Bloodhound’s epic is a tribute to Tokyo Ghoul, the spooky series that features a half-human, half-ghoul main character named Ken, who must eat human flesh to survive. The half-ghoul condition gives him one normal eye and one red eye, which is mirrored in Bloodhound’s mask. The skin also had some blood-like animations that run over their arms and legs, referencing the anime’s bloody aesthetic.

Really, Strength and Power could be referencing Dragon Ball, Dragon Ball Z, or any other installment of the franchise that features Goku’s iconic orange and blue outfit. Crypto’s coat gets the orange and blue treatment, while he also gets some white circle insignias on it. Instead of a Japanese symbol, however, the insignias for Crypto are actually renderings of his beloved drone, Hack. Aw.

Fuse’s character is so perfect for a Fullmetal Alchemist tribute, it’s a decent bet that his character design might have been directly influenced by the anime. The show features Edward Elric, an alchemist who gives up his arm to help save his brother. As the series progresses, Edward gets a new metal limb that he can change into various weapons he uses.

In case you missed Fuse’s reveal trailer or, you know, have never played him, losing an arm and subsequently getting a new metal prosthetic that he uses as a weapon is kind of his whole thing.

Add a red vest, some runes here and there, and change his hair blonde, and you’ve got yourself a proper Edward Elric cosplay, mate.