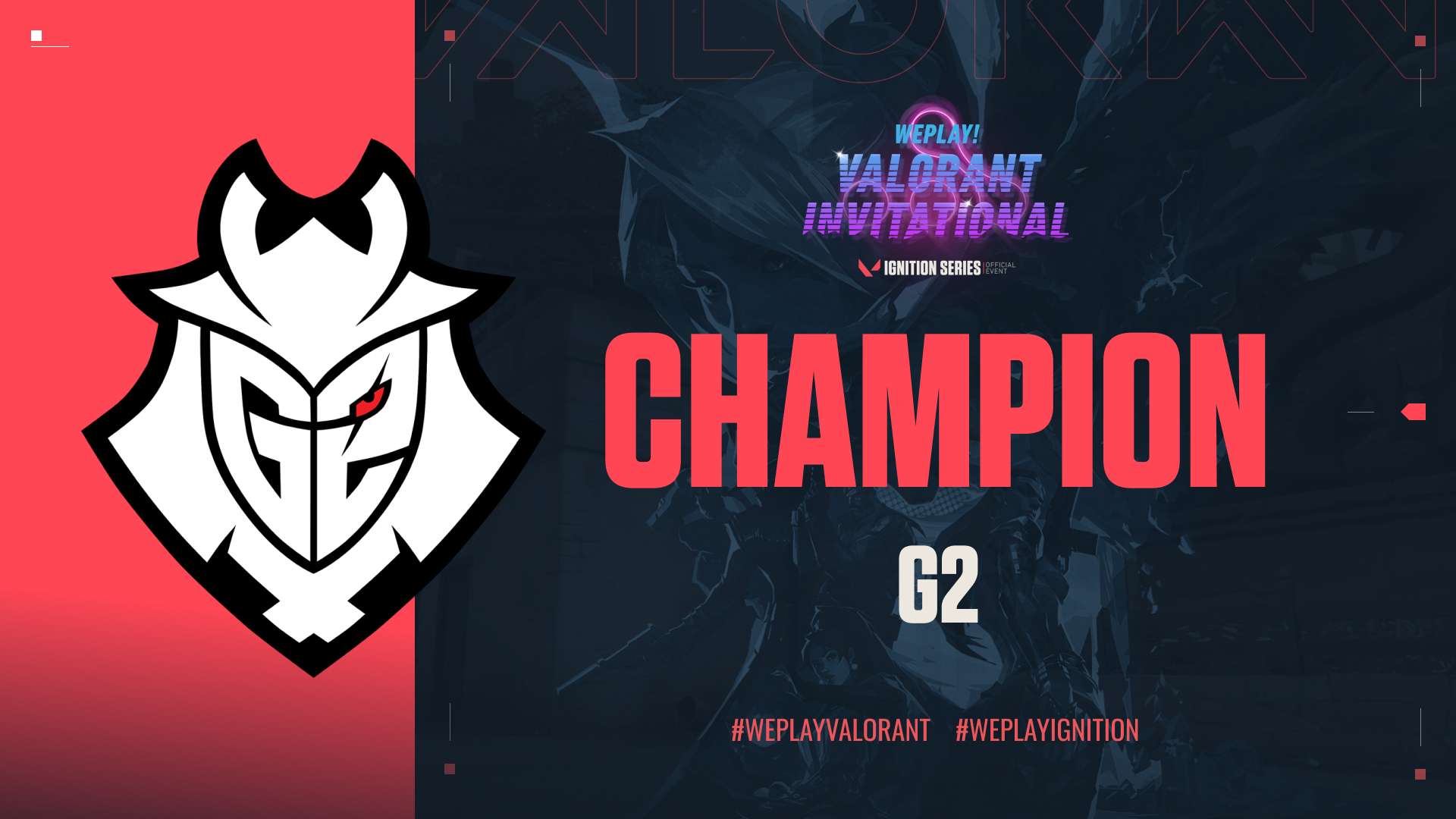 After five days of intense competition, G2 Esports have claimed their second VALORANT title by winning the WePlay! VALORANT Invitational with a 2-0 sweep over fish123.

Going into the event, G2 was one of the favorites, and they proved it early, going 3-0 in the group stage and winning 97 of their 175 rounds—putting them in a tie for the best round differential of any team.

After establishing themselves against nolpenki, PartyParrots, and Ninjas in Pyjamas, G2 continued their domination in the playoffs, sweeping nmDM with a 13-3 win on Bind and a 13-7 win on Ascent. Meanwhile, Fish123 took on NiP and squeaked out a 2-1 win against the only team to beat them in the group stage.

Sticking with their core lineup of Jett-Omen-Cypher-Sova-Sage, G2 had solid map control throughout the final series and were able to keep fish123 contained. David “davidp” Prins and Patryk “Patitek” Fabrowski both had 19 kills for G2 and helped push their team to a series advantage.

After the match, Ardis “ardiis” Svarenieks, a former fish123 player, celebrated that his undefeated streak remained intact since he has not lost a best-of-three since the beta.

With this win, G2 have won their first two official tournaments and walk away with $25,000. This might be the last piece of evidence they need to officially sign davidp and continue pushing to be the best roster in the early stages of the VALORANT pro scene.