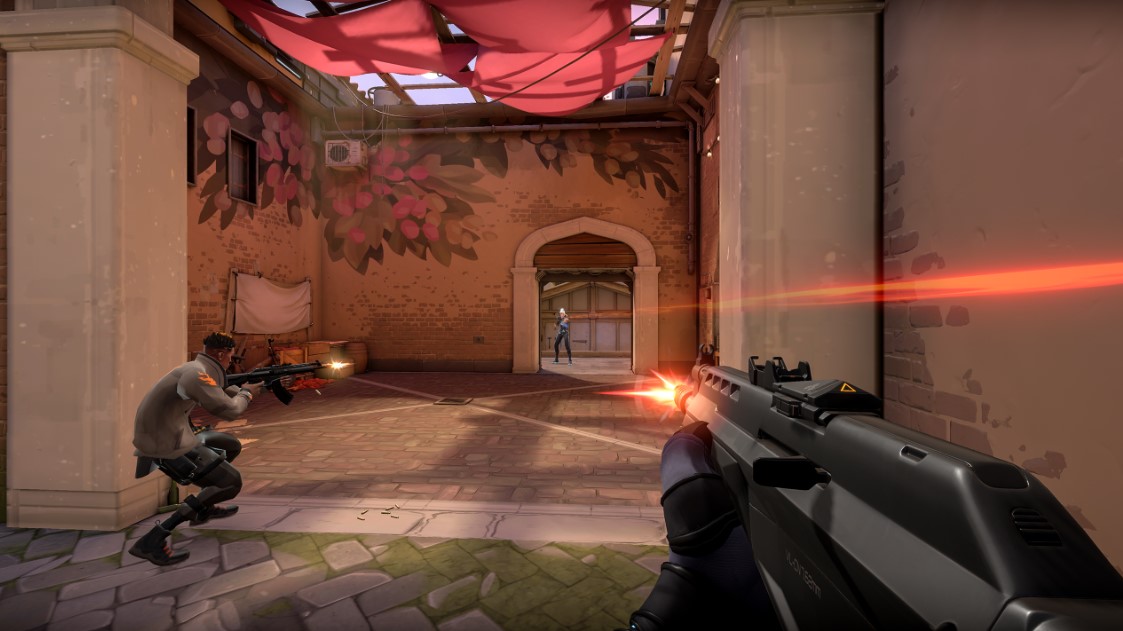 VALORANT, Riot’s first-person tactical shooter, will have a wide array of characters to choose from, each of which will possess unique abilities.

There are multiple characters that we know of which will be playable at launch later in 2020. These characters are called ‘Agents’ and they are based on real-world cultures and locations.

Each hypernatural agent has specific abilities that can be utilized in tactical situations. The Agents in the VALORANT lore are tasked with defeating a larger existential threat with world-ending consequences on the line.

Viper is a female agent that has a fierce design. Her boots are dark blue and somewhat match her purple and great outfit with energy radiating throughout her armor on her arms and back. There is presumably some sort of energy backpack which could be used as a part of her abilities. She also has two small grenade-looking objects by her side and a deadly mask to cover her face.

Sova is the heroic agent with his carefully crafted armor design and knife by his side. He seems to have a bionic eye, which is glowing blue as if he has some form of biological enhancements. He has a small pouch at his centre, presumably containing some form of useful item and a large blue cape on his back.

This fiery agent previews his different style as he shifts into his ultimate form. Phoenix has a grey coat with blue pants and two utility belts to hold all of his items. In his ultimate form, his neck becomes engulfed in flames and his entire body radiates with heat. His eyes light up as he likely prepares to take down his enemies with his fiery abilities.

Jett is one of the few female agents that features a lightly colored theme. She was featured in the reveal trailer and has two small knives on her utility belt. She has white hair and deadly equipment.

This western-themed agent has a deadly stare with a long white cloak. His helmet is dark black with blue eyes, similar to the biological enhancements of Sova. He has one deadly secret, his hat. This is used as one of his abilities to knock down his enemies.

Sage is the female healer agent which is similar to Mercy from Overwatch. She has long dark hair with a white and purple outfit. She has the abilities to heal and resurrect her teammates using several healing orbs on her utility belt.

This agent looks to pack the biggest punch. He is a tough-looking soldier with his own user interface, likely due to the futuristic biological enhancements. And, of course, an excellent beard.

Each character has their own special and unique ability which could create tactical opportunities in VALORANT. However, major changes to each ability could differ at launch.