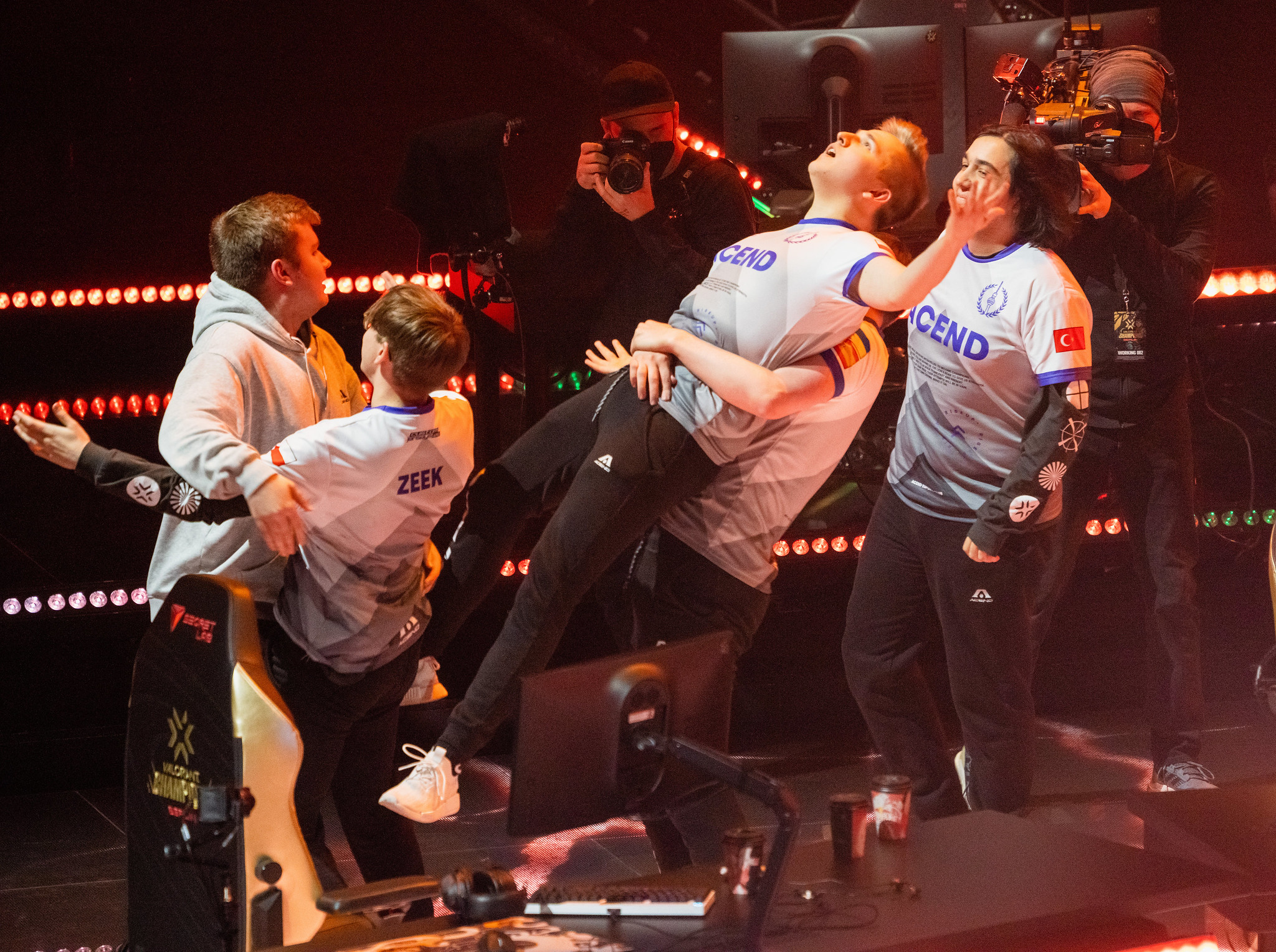 Acend picked up right where they left off against G2, looking dominant to start their defensive side of Breeze. Zeek had another hot start, this time slowing down Gambit’s executes by canceling their utility with KAY/O and letting cNed pick them off on his patented Jett/Op combo. Gambit had trouble finding site control or early frags throughout most of the half, only generating a sliver of momentum with crisp takes in the last two rounds as Acend took a 9-3 lead into halftime.

Gambit built that momentum by claiming the pistol round to start their defensive half, but it came to a screeching halt in the first full buy when Gambit pushed up too far and right into Zeek’s NULL/cmd ultimate. Acend steamrolled into the A site and increased their lead up to 11-5 before nAts kept Gambit in the map with three straight vital rounds from behind his Viper utility. Acend switched strategies and went to B, but nAts was waiting there again behind his toxic walls. Those last two rounds of the first half were a key difference-maker, and Gambit’s stellar defense carried the 13-11 comeback win.

BONECOLD triggered a huge momentum swing to start Ascent, with an economy-busting 4K with the Sheriff in the second round. Acend looked much more proficient on attack this map, taking advantage of the smaller sites with their aggressive pushes and post-plant plays. But just like on Breeze, Gambit rallied to finish the first half only trailing 7-5.

Acend didn’t allow a second-half comeback this time, though, taking the pistol, anti-eco, and even the bonus round to increase their lead and stay in control. Acend got up to 12-5 before Gambit mustered a couple of attack rounds, but a BONECOLD Sova ultimate broke down their A site execute, securing a 13-7 win for Acend on Ascent.

Gambit responded on Fracture with an impressive start to their attack side, claiming the first three rounds of the half, including a flawless bonus round. Acend couldn’t garner any defensive momentum, and moments like zeek killing himself with his Raze ultimate were indicative of the frustration they felt. Nats and Chronicle combined for an absurd 36 kills and only three deaths in an 11-1 attack side showcase on Fracture.

nAts added three more kills to his insane scoreline on their defensive pistol round, increasing their already massive lead to 12-1. A couple of Acend force buy rounds gave the team something to be happy about, but Gambit ended the map mercifully with a flawless buy round, securing Fracture decisively 13-3. nAts finished with an almost unprecedented 26-3 KD rating, giving Acend no access to the site all game.

Acend took an early lead to start Icebox, but once the buy rounds began, both sides traded rounds back and forth. Acend needed a big half from cNed, and they got it, with him comfortably using the Jett/Op combo on the A site. But just like on Breeze and Ascent, Gambit had another late rally to close out the half, only trailing 7-5 before switching to defense.

Gambit capitalized on that rally, winning their pistol, anti-eco, and the first full buy round to jump out to a 10-8 lead after at one point trailing 7-3. Just like the start of the map, though, the rest of the second half went back and forth, sending Icebox to overtime. Acend took an early advantage in OT after an aggressive starxo double kill thanks to a push with Sage, then forced out all the Gambit utility in a post-plant next round, holding off a defuse and scraping a win on Icebox 14-12.

The series was decided on Split, with Acend building a lead with some stellar defensive rounds on the B site. That lead grew to 7-1, but yet again during this series, Gambit reversed their momentum by switching directions and attacking A. They notched four straight rounds to close out the half.

Acend built on their lead with their second pistol round of the map, but Gambit answered in the first full-buy round with some perfectly timed aggressive peeks. Acend looked to shut down a Gambit comeback, with a successful 2v3 post-plant on A immediately followed by a perfect read of Gambit aggressiveness on B. Gambit’s economy couldn’t recover, and Acend finally closed out the series with a 13-8 win on Split.

Acend winning the second, fourth, and fifth map is a poetic repeat of how they won their first major trophy at EU Masters One against Team Heretics.