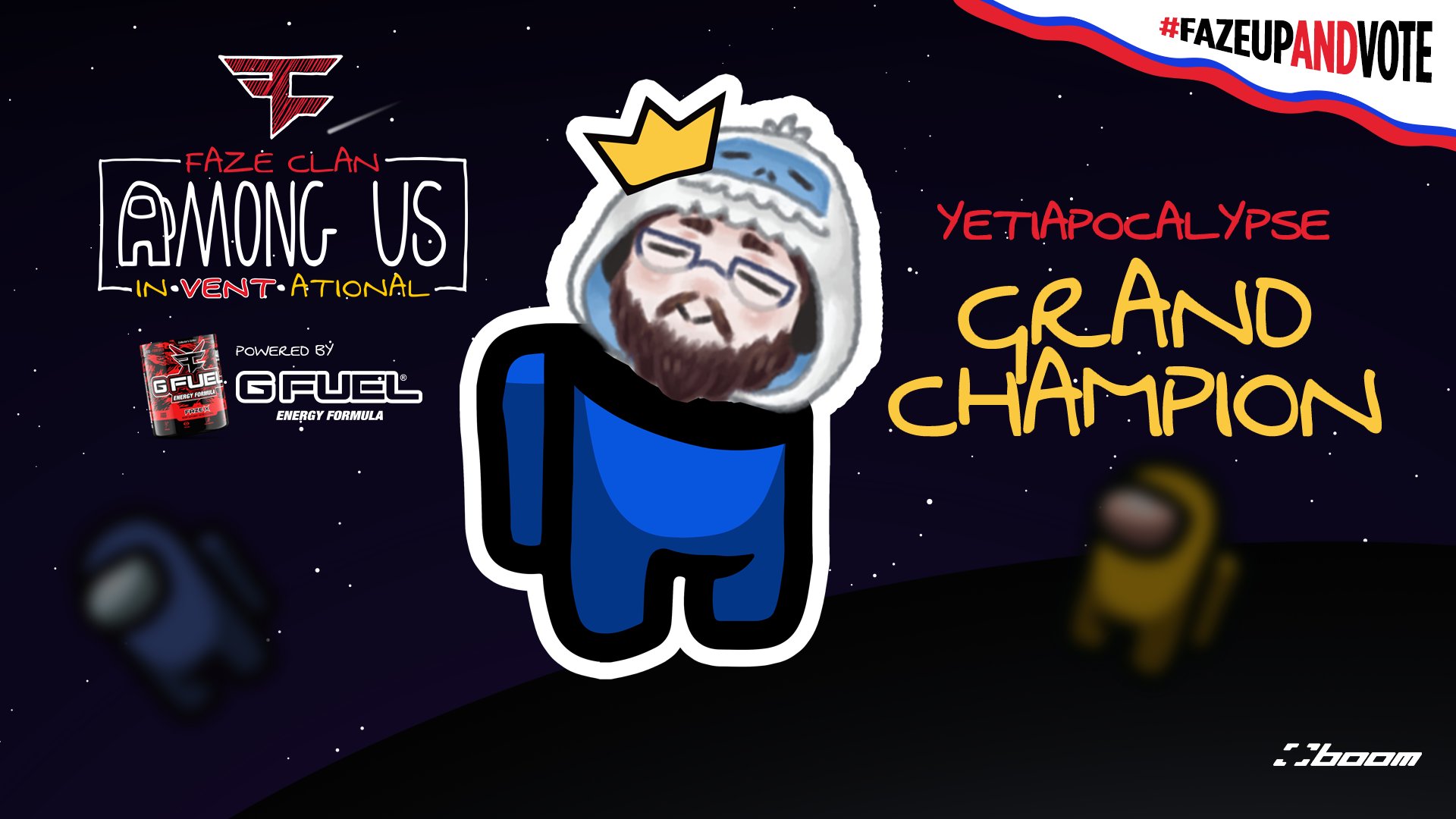 Twitch streamer Yetiapocalypse has beaten out the competition to become the Faze Clan Among Us In-Vent-Ational champion.

Yeti defeated 19 other players to earn his championship and take home the prize of $12,000. The tournament began with two groups of 10 competing for five places in each game that would continue on to the finals.

From the first lobby, streamer EasyRod, Ludwig, Yeti, 5Up, and Yassuo went on to the finals. These players would face group two, which consisted of Jakenbakelive, Punz, 100T Classify, Trainwreckstv, and Deansocool.

In the finals, the games were intense with discussion time becoming heated and seeing players do whatever they can to protect their chances at the $25,000 prize pool.

What gave Yeti the win was the fact that he had been a part of the only winning games as an imposter during the finals. Due to the point system used, a win as imposter would give the streamer more points than a win as crewmate, allowing him to quickly accrue a lead over other players.

Yeti wasn’t the only player to take home a prize, though, with 5Up taking securing himself $8,000 with a second-place finish. Punz and Classify came in at third and fourth, respectively, earning themselves $2,500.