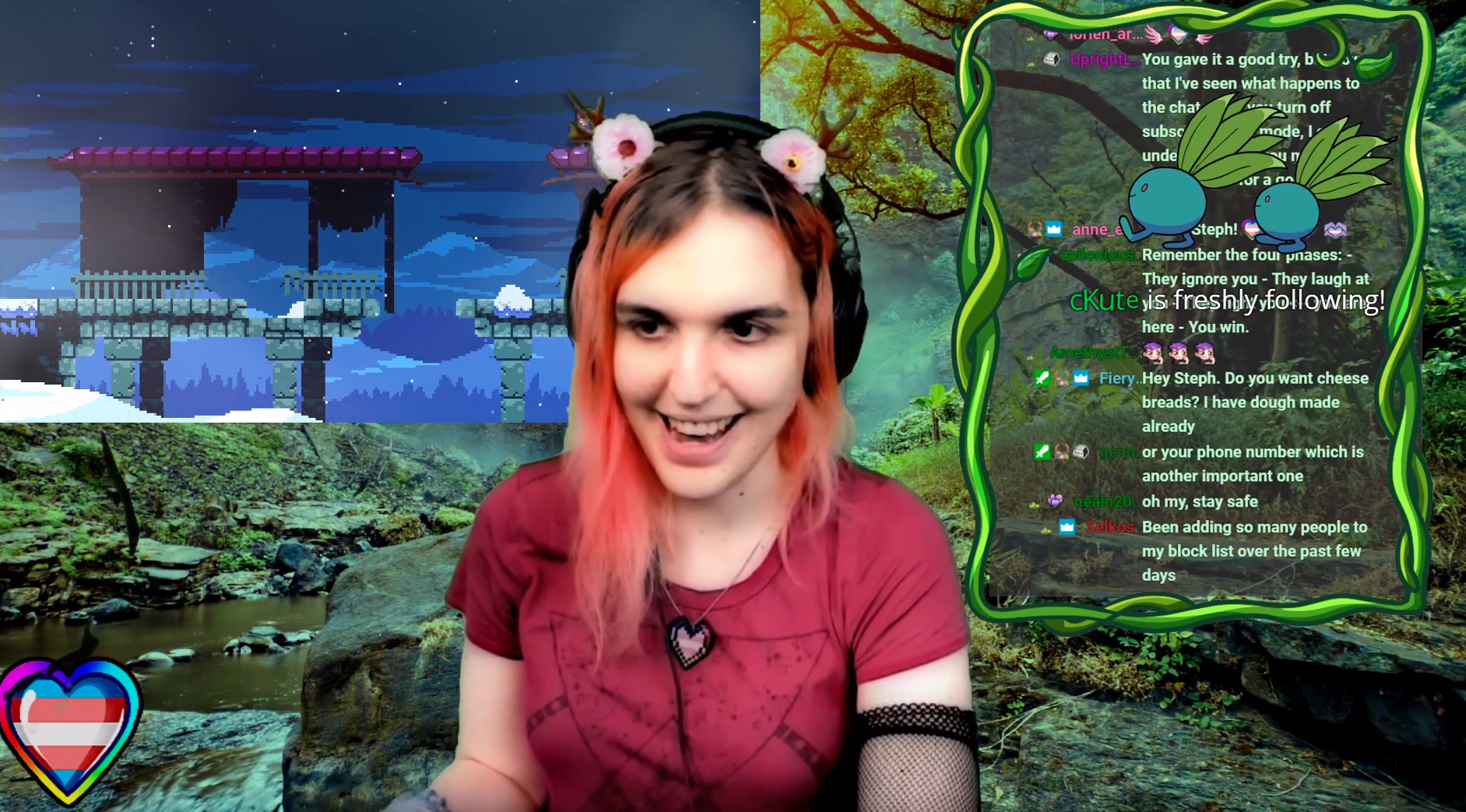 Twitch streamer FerociouslySteph was added to the platform’s “Safety Advisory Council” late last week. And yesterday, the social justice advocate made some ambiguously threatening statements about people being “afraid” of her.

Since her addition to the group, many people have spoken out about Steph’s views that border on being radical. Primarily, people have been focusing on criticizing her view that voice chat is an unfair advantage in competitive video games because she believes it marginalizes minority groups, particularly women.

As more people express frustration with her more extreme social viewpoints, the streamer said yesterday that she had been doxxed. While people apparently don’t know her address or phone number, other information like her birth name and the high school she attended have been made public.

The entire situation seems to have slightly rattled the content creator and social justice advocate. But Steph responded strongly yesterday on her stream.

“I’m hanging in there, and I’m not going anywhere,” Steph said. “I have power. They can’t take it away from me, and honestly, there are some people that should be afraid of me, and they are because I represent moderation and diversity, and I’m going to come for hurtful harmful people.”

In classic Twitch fashion, the quote was turned into a 37-second clip with no context. As a standalone video, the “I have power” and the statement that “some people… should be afraid” started to go viral, eliciting strong responses from people who maybe didn’t get the full context of the situation.

Just Chatting streamer PaymoneyWubby had perhaps the most extreme response to Steph’s out-of-context clip that had threatening undertones to it. On his stream, he couldn’t help himself from going on a profanity-laced tirade.

“Fuck Twitch,” he said. “No one’s scared of you, you stupid bitch. Fuck this whole platform dude. I’m so over this platform. If they continue to endorse her after this, it’s so embarrassing. Fuck this dude. I’m so pissed off. Are you kidding me, she gets to sit here and preach and be hateful and be ignorant toward white people, toward CIS people. Fuck this person.”

It wasn’t long before the clip got put in front of more high-profile content creators, like Summit1g.

“It doesn’t really make sense to me,” Summit said. “The council’s supposed to like work together to think of really cool things and represent the streamer and let them know how we’re feeling. That doesn’t feel like [what this video is saying.]”

Walking through the video line by line, Summit critiqued Steph’s words a bit more graciously than Wubby. But it was still clear that he wasn’t fond of the way Steph was coming across.

Specifically responding to the statement “I have power,” Summit asked, “What does that mean?”

As he continued to watch the video, Summit also appeared to take issue with Steph saying that some people “should be afraid” of her and the council.

“Doesn’t that sound scary to you?” Summit said. “I feel like that’s not why the council was formed. Maybe I’m wrong, but that doesn’t sound right to me.”

Twitch has not yet responded publicly to Steph’s clip or the responses to it from other streamers.

Steph is one of eight members on the Safety Advisory Council announced last week that’s been tasked with helping the platform draft policies and develop features that promote safety, moderation, and protect the interest of marginalized groups.