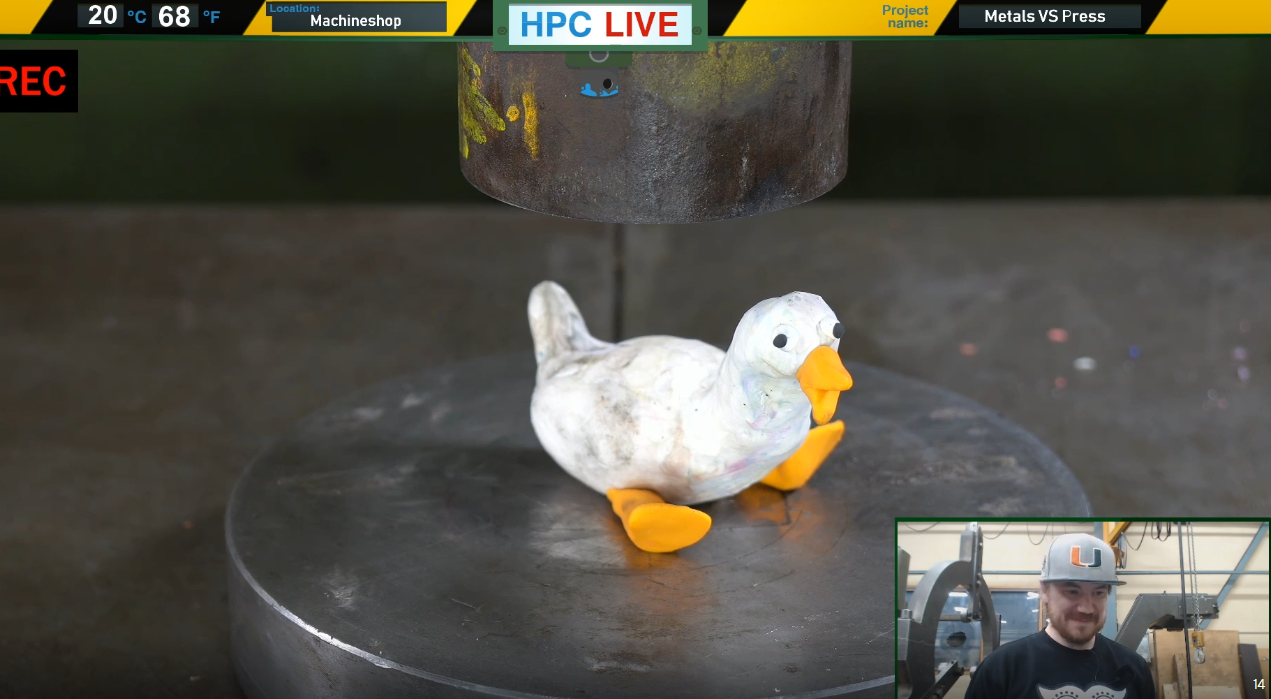 What could be more fun than watching a 150-ton hydraulic press crush anything and everything? For many viewers yesterday, nothing.

The Hydraulic Press Channel (HPC) took over Twitch yesterday with an entertaining five-hour stream in which padlocks, a Play-Doh goose, and even Twitch trolls were squashed between its plates.

Here are the top clips from yesterday’s HPC broadcast.

In an act that may upset hardcore Untitled Goose Game fans, a Play-Doh goose was crushed by the hydraulic press. Some viewers jokingly paid their respect to the goose by writing “honk” in chat.

A padlock didn’t fare too well, either.

The most-viewed clip from yesterday’s broadcast was from an interesting interaction between a copper cylinder and the press. The cylinder initially changed form and squashed under the machine’s pressure. When the copper reached its breaking point, however, the bottom half of the cylinder shot out and broke one of the factory’s windows.

HPC also gave fans a “how to” on dealing with Twitch trolls.

“For extra content, we have Twitch troll,” HPC CEO Lauri Vuohensilta said. “It can come from the front page and troll your chat, so we must deal with it.”

The Hydraulic Press Channel began on YouTube, where a new video is uploaded weekly. The channel has surpassed over two million subscribers.