The best DPS classes in World of Warcraft Classic 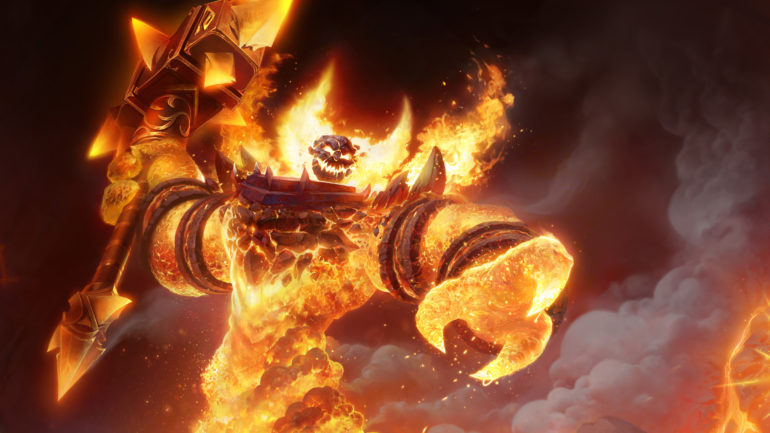 There are three DPS classes that stand out in World of Warcraft Classic.

For both PvP and PvE, they excel in one form or another, dominating the competition in terms of raw numbers.

They might not be the best in terms of leveling, but once they reach level 60 and they have a few pieces of gear to their name, they’re unstoppable.

Warriors, Rogues, and Mages are the top dogs in Classic. They hit hard, but most importantly, they’re consistently strong and self-reliant. Unlike some of the other classes, mana isn’t an issue for them and they can dish out DPS.

Here’s why they’re so powerful.

Other than being the premier tanking class in Classic, Warriors pack a punch with both their Arms and Fury specializations.

Typically, they stick with Arms in PvP, taking advantage of Mortal Strike’s healing debuff, with Fury taking the edge in PvE. But they have an element of flexibility, and particularly in phase one, will do well with all sorts of talents and specs.

Warriors scale extraordinary well with gear. Once they have a heavy-handed damage-dealing two-hander or a furious pair of one-handers, their numbers will double or even triple in some circumstances.

In Molton Core and Onxyia’s lair, Warriors will likely be behind Rogues and Mage due to their lack of mobility and their reliance on gear. But when phase two comes around, they’ll make a considerable jump to the top of the table.

In terms of weaknesses, they have very little self-healing or crowd control. But when they’re combined with a nifty pocket healer, they can work wonders. In PvE, this will be granted, but it’s a different story in PvP.

If they have the resources they need and a Priest to heal them, they’ll wreak havoc. They deal a ton of damage, and when they make use of their stances, they can survive for a great deal of time.

Altogether, they’re one of the strongest classes in Classic. They’re by far the best tanks and both of their Arms and Fury specs work wonders in their respective areas.

Rogues are brilliant in both PvE and PvP scenarios.

In raiding, they’ll be at the very top of the DPS standings from phase one all the way to phase six.

They hit consistently hard and can outlive almost every other DPS class with their Vanish, Evasion, and Cloak of Shadows abilities.

They’re slippery targets, and when combined with their pure and unadulterated damage, they’re one of the very best classes in Classic.

They also have Fade, allowing them to lose Threat—one of the most crucial mechanics in Classic raiding. In retail WoW, tanks don’t have to worry about Threat and can easily rely on their kit to keep aggro. In Classic, though, tanks have to constantly fight for aggro. If their fellow raid players get overaggressive, they can easily wipe the raid.

Most high-DPS classes would normally have to hold back and let the tank build up Threat, but Rogues can simply use Fade and continue DPSing. The same goes for their defensive abilities. Instead of running away or avoiding fire and other deadly boss mechanics, Rogues can use their defensives and stick on their target for the sake of extra DPS.

In terms of PvP, Rogues are perhaps the best in the game. They’re extremely versatile and ridiculously fun in battlegrounds and World PvP, having the ability to outsmart their opponents and take on multiple targets.

They do rely on their weapons somewhat, especially in PvE, and will have to get lucky when it comes to loot. This isn’t much of a factor in the grand scheme of things, though, and players should by no means be dissuaded.

Mages fall under a similar category to Rogues. They have exceptional DPS in raiding, they’re versatile, and they’re fantastic PvPers. Other than Rogue, they’re the go-to all-around DPS class.

In the early phases of Classic, Mages will be forced to play Frost. This is because many mobs are immune to fire damage in Molton Core. This isn’t much of an issue, though, considering Mages will still deal higher DPS than most classes.

Once the games progress and phase two and three come around, Mages will be on another level. Their Fire spec will come into play and they’ll have the means to deal even more damage.

They have innately high damage-oriented kits, and when combined with their long range, their accessibility in most teamfights, and their mobility, they’ll regularly find themselves at the top of the table.

Mages are dynamic in battlegrounds and World PvP. Frost is their standard spec, allowing them to kite their enemies to eternity, but multiple specs are viable. They have access to the three-minute Mage spec, focusing on burst damage, the Elemental spec, relying on CC and mobility, and Frost, a combination of the two.

All in all, Mages have few drawbacks when it comes to PvE and PvP. They might take a while to ramp up into phase two, but once they’re there, they’ll stay at the top until the very end.