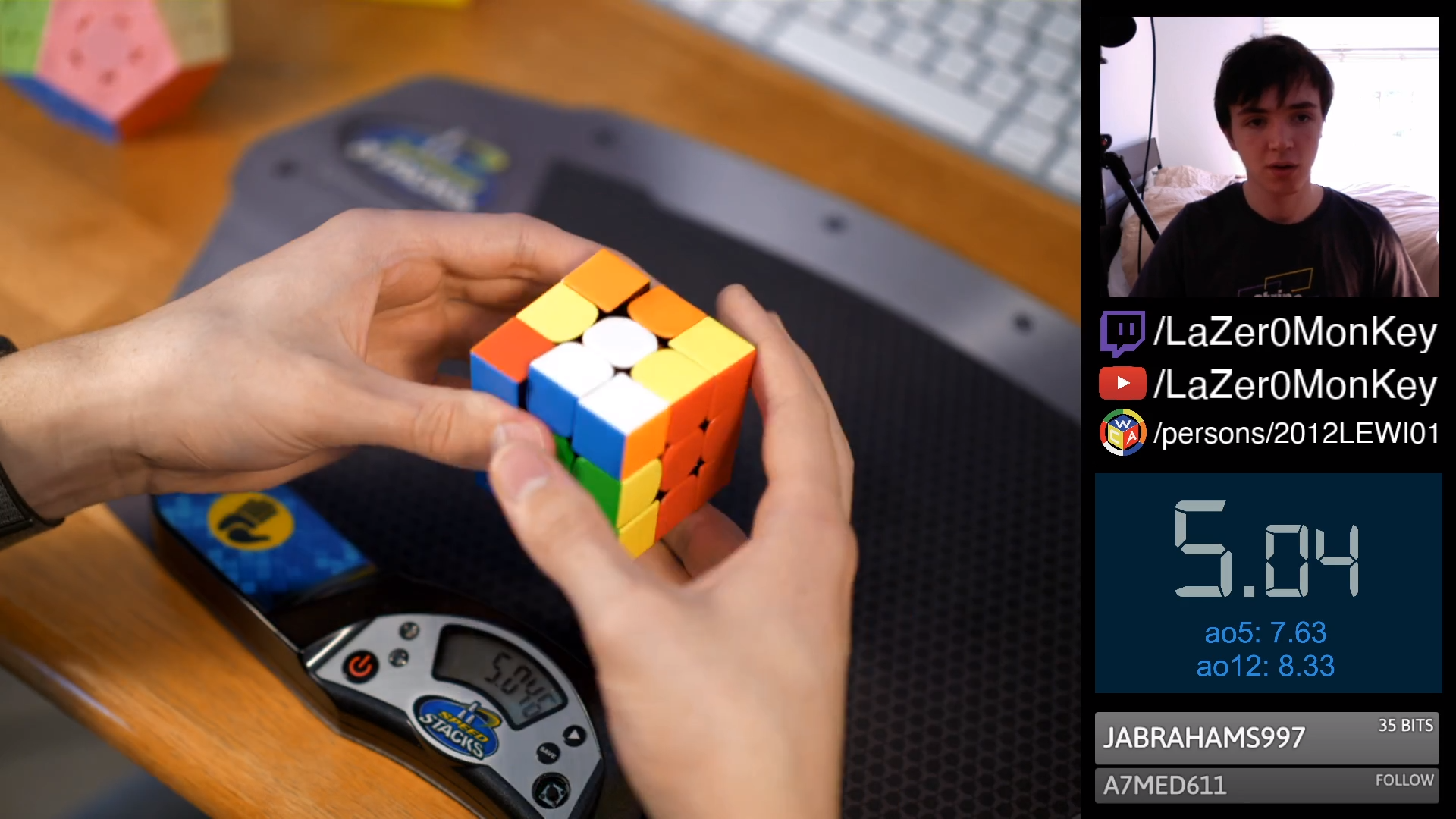 A 5.04-second resolution to a Rubik’s Cube is an excellent time. For context, the best time for the Melbourne 2019 World Rubik’s Cube Championship was 5.97 seconds, which is almost a full second slower than LaZer0MonKey’s nonchalant 5.04 completion.

LaZer0MonKey is an 18-year-old speedcuber from Cleveland, according to his Twitch bio. He uses his Twitch channel to practice speedcubing and entertain his audience with his lightning-fast puzzle-solving skills. LaZer0MonKey’s personal best time for a single solution of a three-by-three Rubik’s Cube was a four-second completion in April 2019.

LaZer0MonKey’s Twitch and YouTube channels are dedicated to traditional three-by-three Rubik’s Cubes as well as a variety of spin-off cube puzzles, such as larger four-by-four cubes, megaminx, and 18cm cubes.

Speedcubing is a relatively new activity. The first world tournament in speedcubing was held in 1982 and its popularity has only grown with the expansion of online channels dedicated to the sport. Thousands of passionate cubers gather every year at various competitions hosted around the world to compete and share their love for cubing.