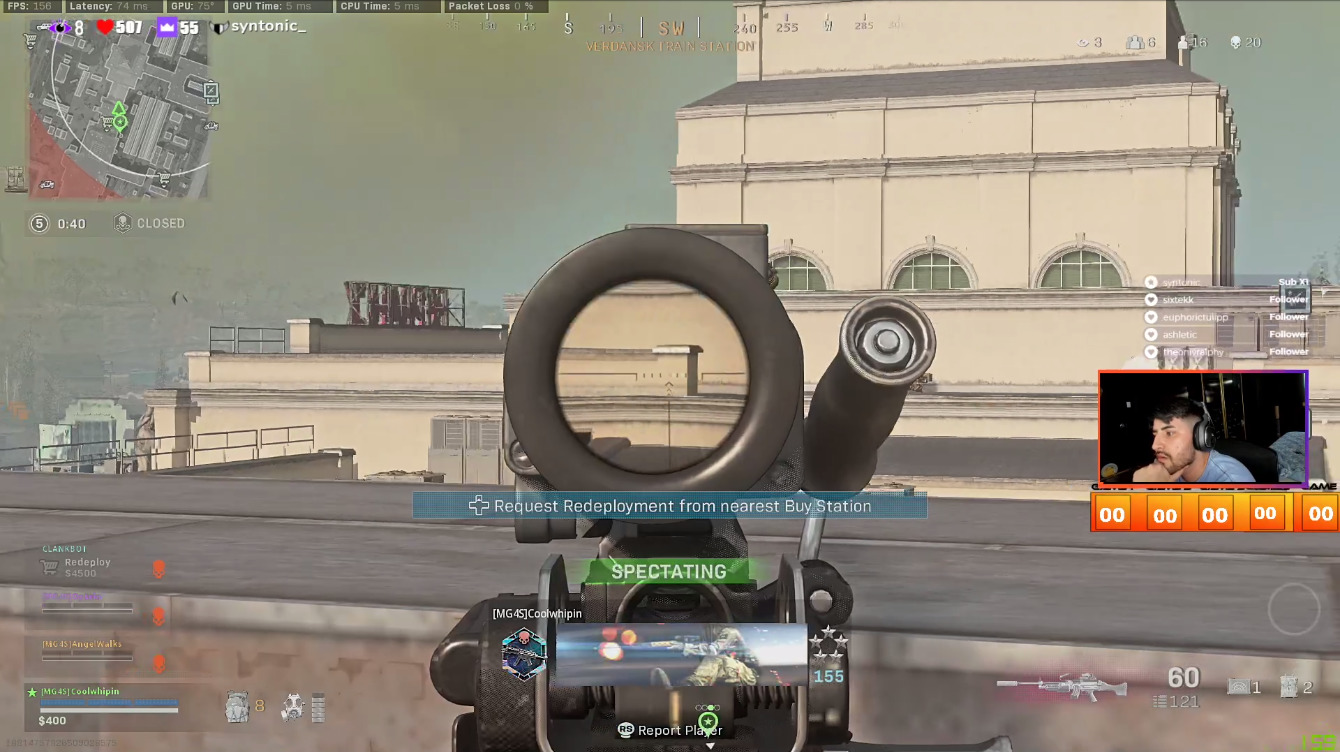 During today’s Call of Duty: Warzone MFAM Gauntlet tournament, a streamer by the name of AngelWalks said that his brother died during his stream.

In a clip from his latest broadcast, AngelWalks can be seen playing before loud screams are heard from the background. As these noises got louder, loud knocking can be heard on Angel’s door. Angel opened the door and two individuals can be heard, with one screaming and the other saying someone had died.

The rest of AngelWalks team, who could hear the noise coming from his microphone, seemed concerned and asked AngelWalks if he was OK. Once AngelWalks returned to his room, he said, “Guys, I’m sorry. My brother just died. I have to go.” The streamer then left his room before returning shortly after to turn off his stream.

Following the stream, AngelWalks tweeted “My brother is dead” before giving some more information about the situation that occurred while he was live.

“I was in the middle of the gauntlet when my family came to my door panicking, yelling that my brother was cold and not moving,” Angel said. “I’ve already lost so much. I don’t know how to move forward.”

The streamer tweeted once more, sharing that he would now need to sell his possessions to assist in paying for funeral costs. All of AngelWalks’ tweets have been met with overwhelming support by the community, many of whom are offering their condolences. Some are also suggesting his family set up a GoFundMe to cover the costs of the funeral.