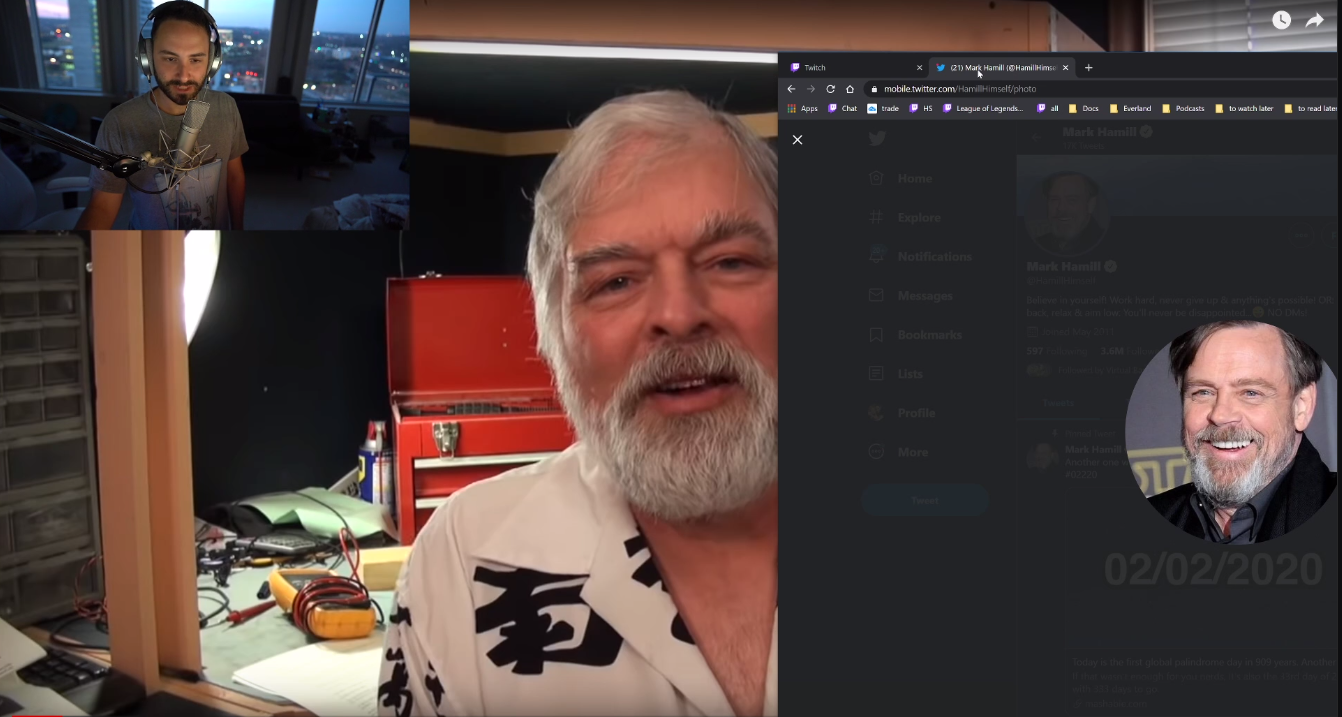 Being a Twitch streamer can be difficult at times when you’re trying to find accurate information. Viewers who post in Twitch chat often post about things they don’t fully know about or are even intentionally deceptive.

Reckful fell victim to that ignorant, or perhaps misleading, nature of Twitch chat yesterday on stream when he was watching a clip of a person who reviews headphones for InnerFidelity announcing his retirement.

Not knowing that the man’s name is Tyll Hertsens. Reckful was deceived by viewers that thought the man had a striking resemblance to Star Wars actor Mark Hamill, even though the man started the video by introducing himself by name.

Pulling up Mark Hamill’s Twitter page, and seeing that he had millions of followers, Reckful expressed how impressed he was by the following of a headphone review writer.

Don’t worry though. It didn’t take long for viewers in the chat to let him in on the joke after many chatters were shocked that he even fell for it in the first place.

“They look the same, dude!” he said. “Holy shit, I actually fell for it, dude. They look so similar. … I know what Luke Skywalker looks like in the old movies. I haven’t seen the new one.”

Considering the fact that Reckful has spent all 24 hours of his airtime in the Just Chatting category, you’d think he might be a little bit quicker on his toes when Twitch chat throws him a curveball. But at the very least, he was lighthearted about the situation.