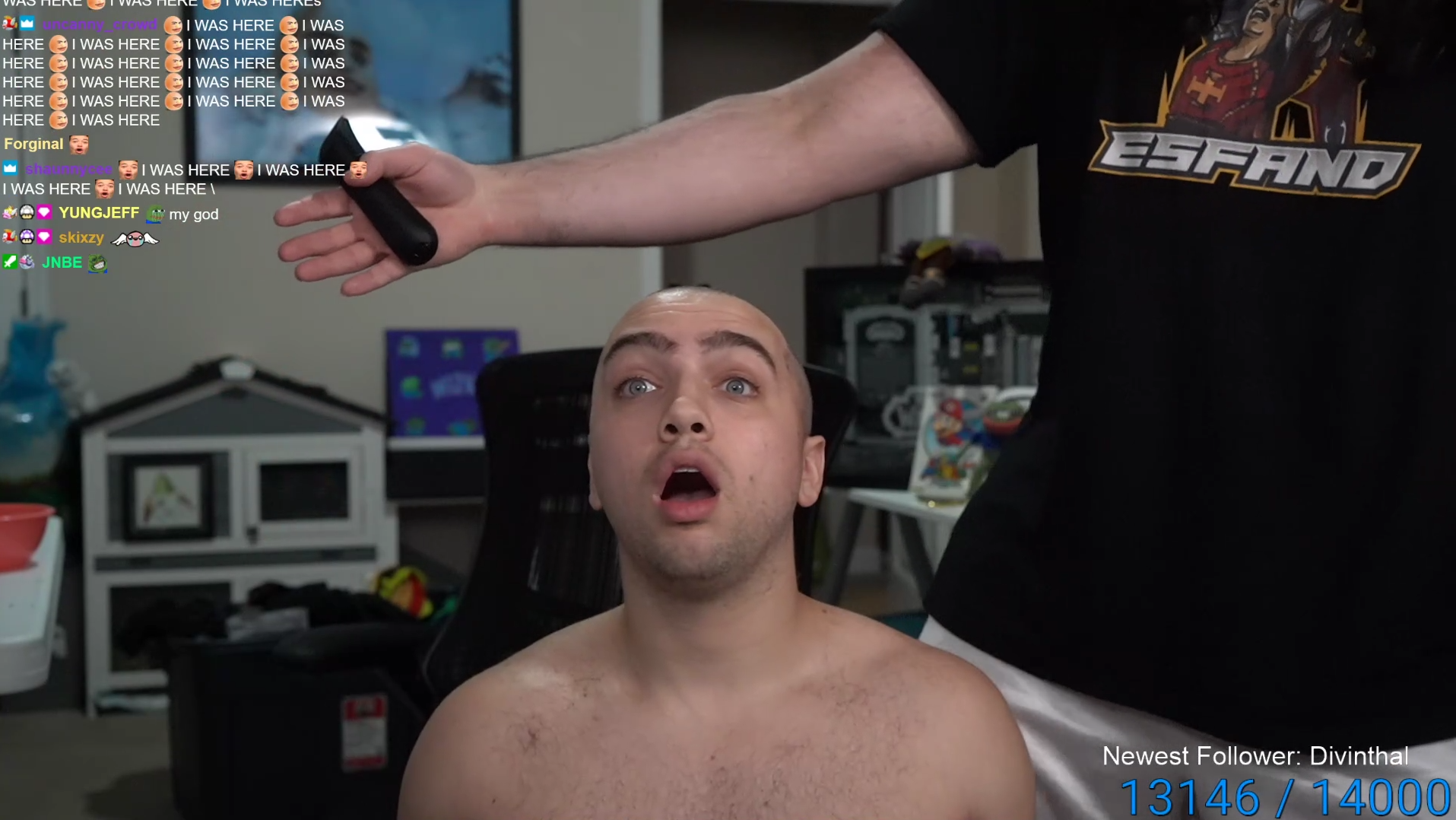 After successfully completing a Super Mario 64 speedrun challenge earlier in the week, popular Twitch streamer Mizkif decided to test his luck once again, issuing a Minecraft speedrun challenge in which he’d shave his head if he failed. And unfortunately for Mizkif, he failed.

In this challenge, Mizkif was tasked with completing the main story in Minecraft in under one hour. While Mizkif initially said he’d have seven days to complete the challenge, the streamer gave himself a new time frame, saying at the beginning of his most recent stream tat he’d have five hours to beat the game.

Within this time, Mizkif was unable to come close to completing his challenge. His final attempt ended with him drowning roughly three-quarters of the way through the challenge. Upon this death, Mizkif shared that he felt that was such a good run and didn’t expect to do better, so he then decided just to shave his head instead.

As the streamer’s housemate Simply entered the room, the pair prepared to shave Mizkif’s hair, asking the chat how short they should go. Obviously, the chat requested they shave it all off, to which they agreed. This result saw Mizkif shave his head for the first time in what the streamer believed was around a year and a half.

The team didn’t stop there, though. Fellow streamer Esfand made an addition to Mizkif’s newly shaven head with a slit in his right eyebrow. The chat was impressed with the streamer’s new look and decided to bring back an old nickname, once again dubbing Mizkif “Walmart Tyler1.”