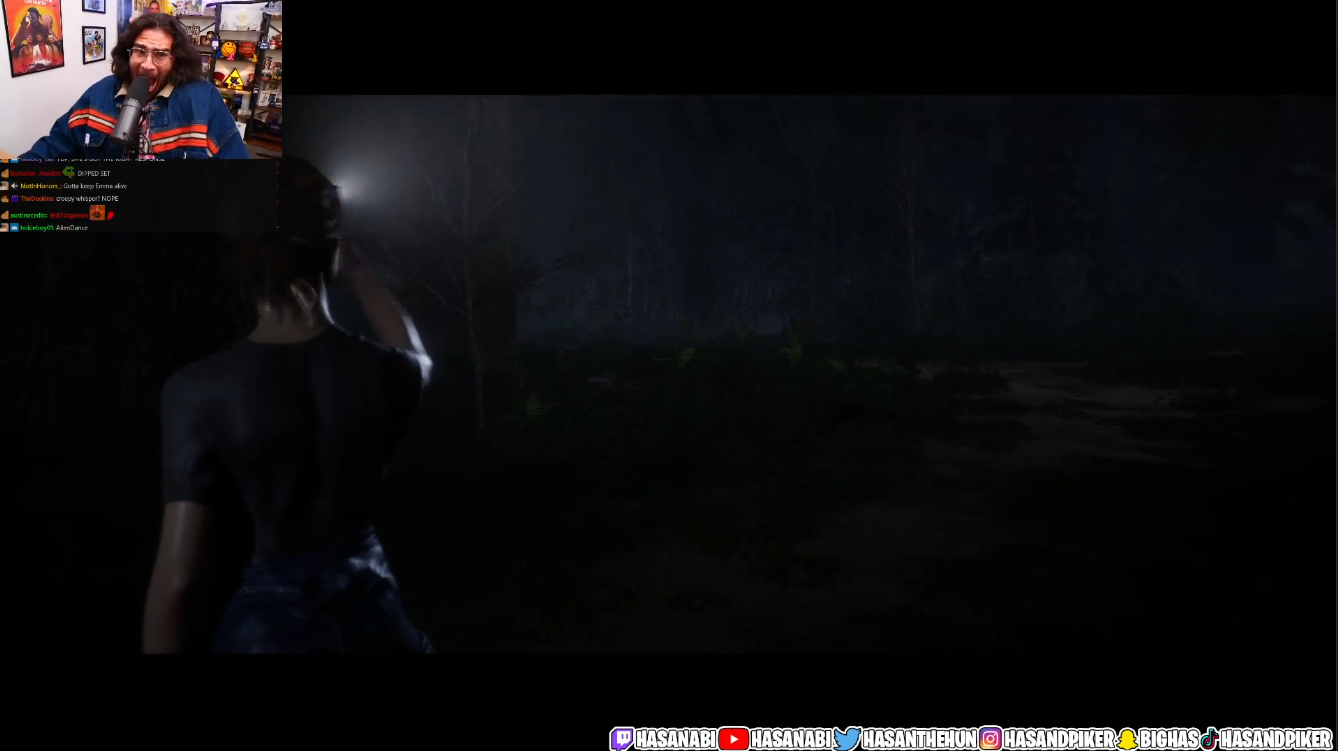 HasanAbi is known for his political commentary on Twitch, but his recent playthrough of The Quarry has proven to be popular among fans who have enjoyed seeing the popular reaction streamer get startled by the title’s numerous jump scares.

The Quarry, which was released on June 10, is an interactive horror game that serves as a successor to Until Dawn. As its genre implies, it’s filled with tense moments that might put gamers and stream viewers on the edges of their seats.

For the past two days, Hasan has spent the latter half of his stream playing The Quarry, totaling just more than three hours of airtime. And as you might expect, his viewers have clipped some entertaining moments of reactions by Hasan.

Despite being known as a large and loud personality, Hasan has been caught off guard by a number of jump scares in the game. He was even thrown off by a scene cutting to a squirrel passing by in the wild, something that his fans won’t let him live down.

While Hasan today denied that he was truly scared by the squirrel popping up on his screen, his fans haven’t bought in on it, instead perceiving it as a facade by the content creator who doesn’t want to be outed as easily scared.

To combat the streamer’s denials, a fan of Hasan compiled two minutes worth of Hasan freaking out during his playthrough, including close-ups and slow-motion reactions that seem to serve as proof that Hasan was indeed startled by the cute rodent in the wild.

On June 12 and 13, Hasan racked up a total of 90,103 hours watched playing The Quarry with an average of 25,744 viewers, according to Streams Charts. The average is his best for any game in the past month, beating his Among Us content by just less than 1,000 viewers on average. Just Chatting still serves as Hasan’s top-performing content with an average of 29,460 viewers in the past 30 days, totaling more than 5 million hours watched.