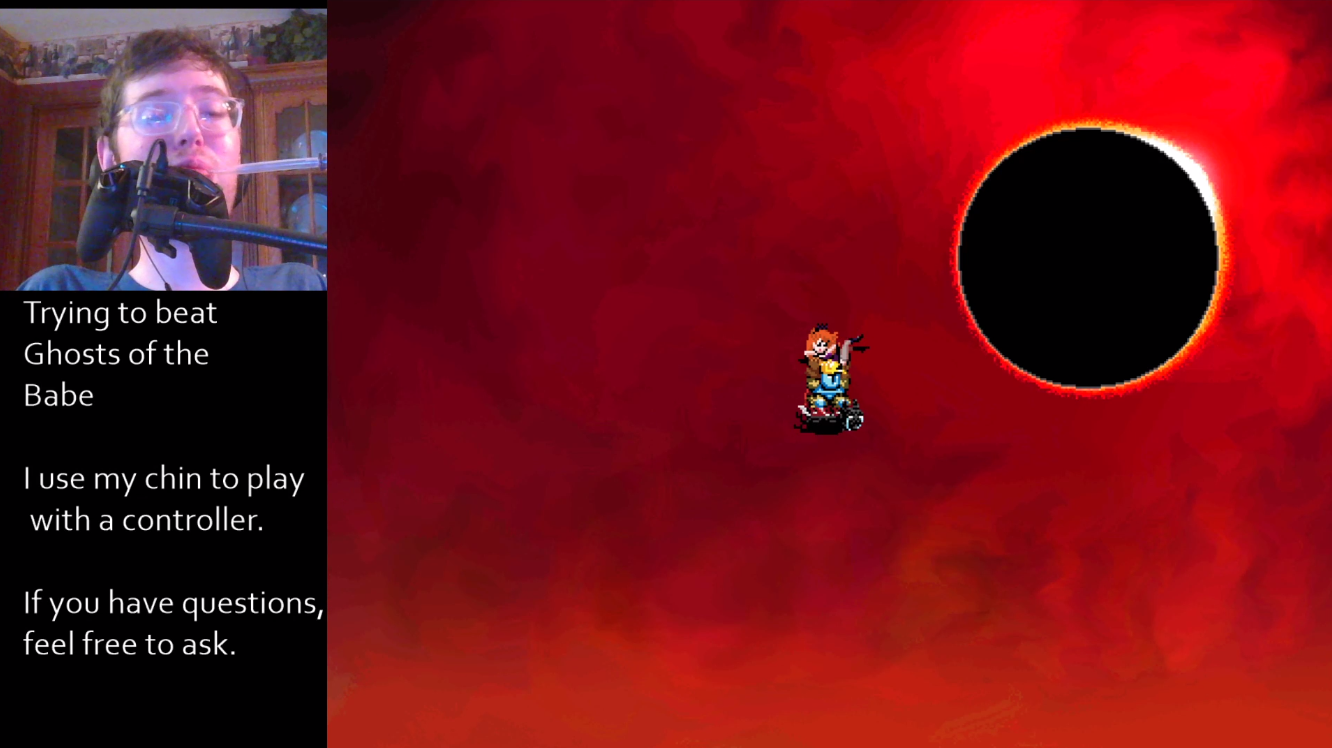 Twitch streamer HandicapableOne beat the most recent addition to Jump King by playing with his chin and a controller.

Many content creators have already completed the game, including xQc and Forsen, but they weren’t playing with the added difficulty of only using their chin.

HandicapableOne completed the DLC, “Ghost of the Babe,” in 66 hours. But the way that he used a controller that was propped up near his chin and a tube is what made his feat particularly impressive.

“Yes, we did it,” HandicapableOne said. “Finally, I can breathe. Well, that was the hardest game I’ve ever played in my life. Thanks to everyone who watched through the whole thing. You’re crazy if you did. … Now we can move onto good games.”

HandicapableOne had 53 hours of airtime on Twitch playing Jump King and his average of just four viewers totalled only 213 hours watched on the platform, according to data by Stream Hatchet. But following his completion of the game, the streamer’s story went viral.

In just 12 hours, a clip of HandicapableOne completing the game has racked up more than 34,600 views on Twitch, at time of writing.

There are few details regarding exactly what HandicapableOne suffers from, but on stream, he mentioned that he’s completed the previous pieces of DLC for Jump King and intends to try whatever future DLC comes out for the game. He also said on stream that he intends to play Dark Souls next.