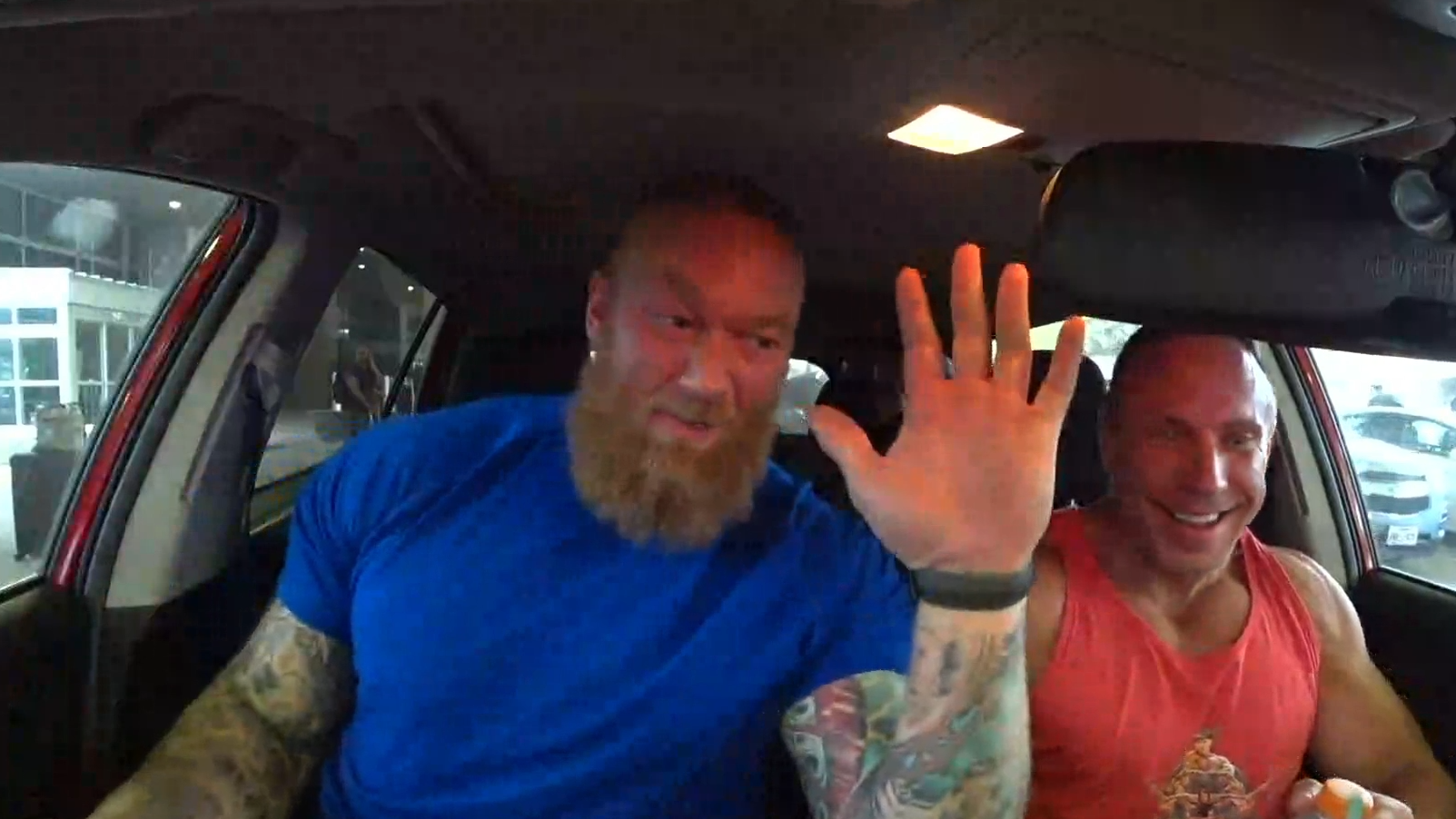 For the past three weeks members of the streaming collective OTK have underwent an intensive weightlifting and fitness regiment, guided by Norwegian bodybuilder Knut Spildrejorde. The frequent workout streams have brought incredible levels of viewership to nearly all participating members, inspiring others to take up the challenge as well. While Knut has already pushed his trainees well to their breaking points, OTK will see the arrival of a new coach.

On Aug. 7, Björnsson tuned in to Mizkif’s stream to weigh in on Camp Knut’s progress, having choice words for many of the participants. In a call with Mizkif, the long-time streamer managed to convince the Icelandic strongman and 2018 World’s Strongest Man champion to make the trip to Austin, Texas and join the last leg of the boot camp as an additional coach.

Over 31,000 viewers tuned in to watch Knut pick up Björnsson from the Austin airport, watching as the Game of Thrones star packed into the car, even making the likes of Knut appear small. Though Björnsson has yet to greet the OTK members, he will oversee the group’s training starting on Aug. 14.

Though Camp Knut is in its final stretch, the sudden and unexpected addition of Björnsson will almost undoubtedly add an extra challenge for the camp’s participants. With the end of the fitness boot camp just over the horizon, only time will tell if the OTK gang can survive The Mountain.