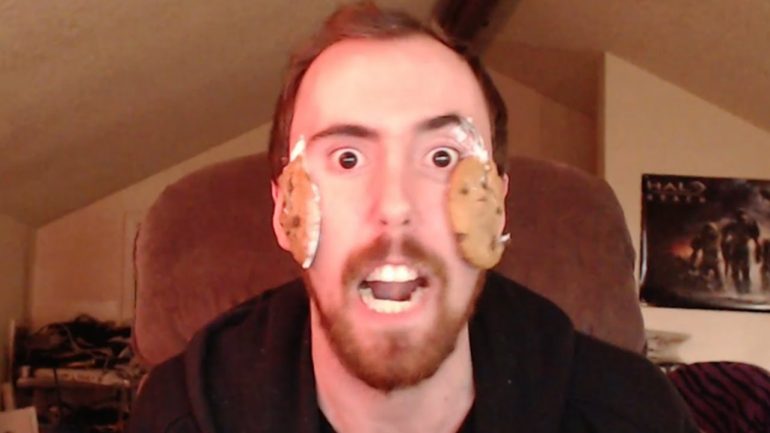 The popular broadcaster was browsing YouTube videos and clicked on one uploaded by HeelvsBabyface about a recent bill introduced in the U.S. Senate banning loot boxes.

The video began with the host saying “when I finished at the gym today, I’ve gotta confess, I was feeling hungry.”

Asmon paused the video and said “we’re seven seconds into the video, and it’s time for me to pause and go on a tangent.”

He started to introduce whatever point he was going to make, but something in his chat caught his attention.

Fans in chat lost their minds with emotes and question marks. Lots of people just kept typing “GYM” out of disbelief that Asmon genuinely didn’t understand the simple three-letter word.

Silence fell over the stream as Asmon stared in confusion at his chat. Viewers could’ve sworn they saw cobwebbed gears trying to spin in his head.

Then, rather beautifully, his expression seamlessly changed from confusion to disappointment. Asmon’s mouth began to twitch and his eyes darted in all directions.

The realization seemingly set in that this foreign and strange internet-slang term was, in fact, nothing more than a rudimentary word in the English language. ‘G-y-m’ was simply the proper spelling of one word: gym.