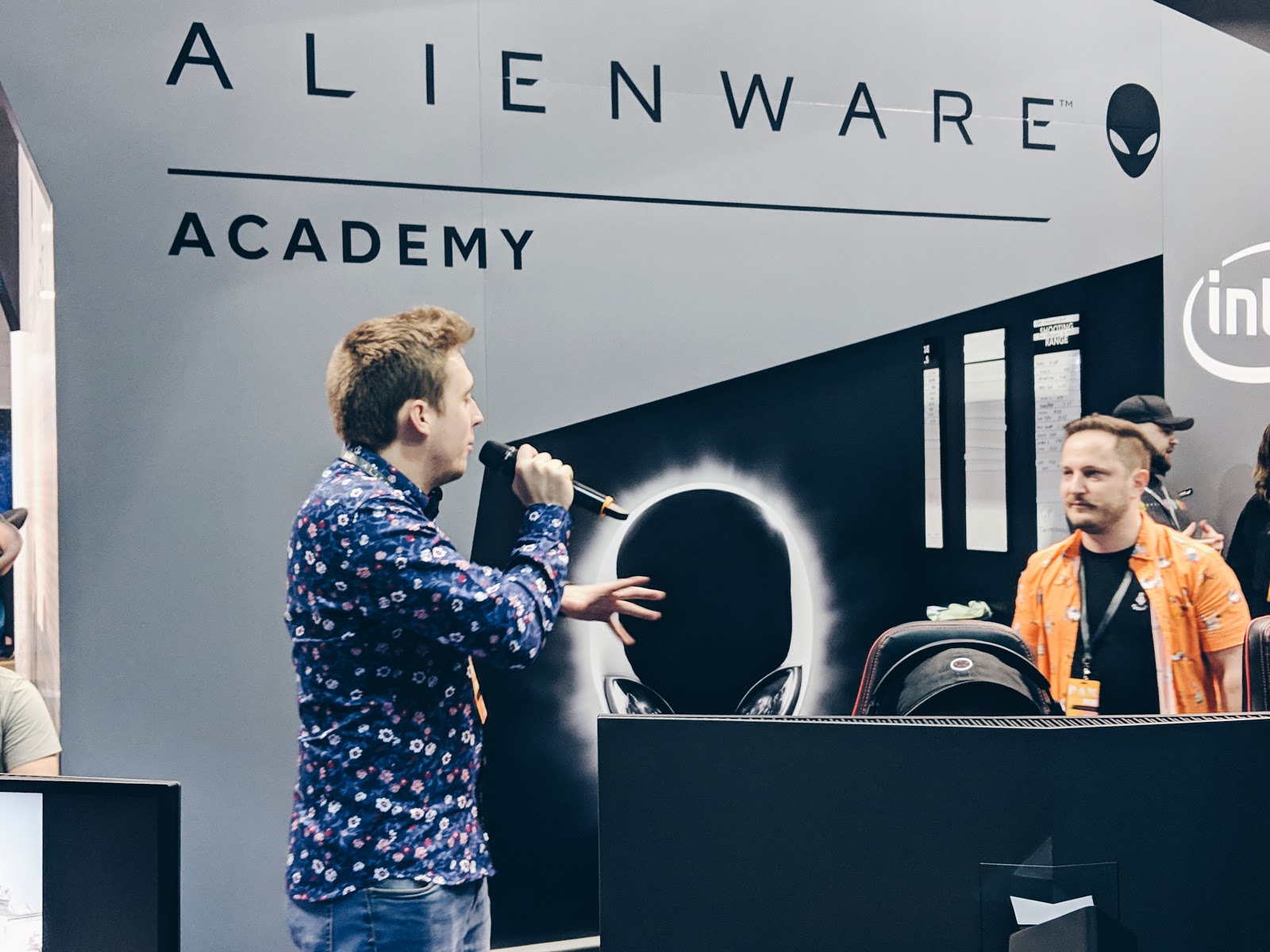 PAX Australia returned in 2018 and with it an epic showcase of technology, community and a dedication to the esports community from Dell and Alienware.

The visible commitment to esports was refreshing to see for a region that often gets overlooked. You could barely get within 50 meter of the Alienware lounge before the familiar voices of Hysterics and jimNeso began to ring out. All weekend these two were hard at it, casting community Rocket League matches, bantering with the local crowd, and even interviewing popular streamer MidBeast. Everywhere you turned, there was esports to be had.

The dedication was also enforced with appearances from Melbourne Avant and Melbourne Order from the Alienware sponsored Gfinity Series (season 2 of which is due to kick off again on Nov. 2). Details have not yet been released on where you will be able to tune in, but we will have more over the next couple of days. You can also follow the Gfinity Australia Twitter for instant updates.

Outside of the professional scene, the company is also soon launching the Alienware Academy. The academy will be an online resource that gamers can use to learn and improve.If the PAX Australia booth was anything to go by, there appears to be an initial dedication to the first-person shooter genre, and more specifically, Counter Strike: Global Offensive. I was able to test out my skills in a few tests of Agility, Accuracy and Reaction times. All of which I was surprisingly better at than I expected (I even made the leaderboard—perhaps once the Alienware Academy officially launches down under, I might have a shot at the big leagues).

The development of the Alienware Academy comes as no surprise after Alienware previously voiced concerns about the ever-popular “gaming houses.” Alienware believes the separation of work and living spaces is huge for a players mindset and developing a good work-life balance. Building professional training tools and facilities is the first step in developing more a more sustainable industry and working towards focused education rather than gaming for hours on end. The goal here is to replicate what traditional professional sports teams do.

There is a clear focus on long-term development for both Dell and Alienware in the esports industry. Alienware technology has evolved so much over the past decade, it’s no surprise they are leading the charge for further development of professional players. We can’t wait to see how this develops across the ANZ region and the rest of the world.