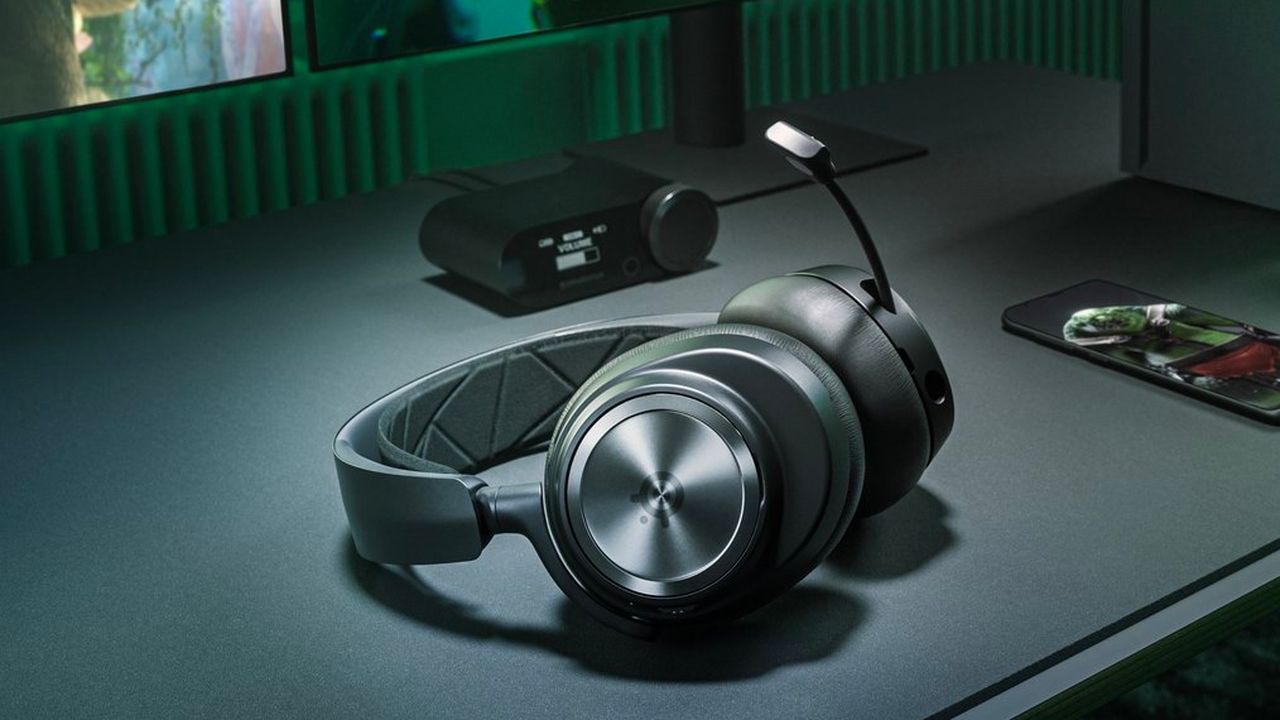 Stop us if you’ve heard this one before: a headset that specifically has a profile to reduce fatigue from the sound of flashbangs in CS:GO.

This story was sponsored by SteelSeries.

It’s a rare thing for headsets to address, so much so that it’s not something we’ve seen on any headset before. The propensity for CS:GO flashbangs to trigger tinnitus has been a known issue for years. That’s why it’s so refreshing to see the SteelSeries Arctis Nova Pro offer not just a specific preset to enhance CS:GO gameplay—but a preset that specifically reduces the frequency of flashbangs, protecting your ears and making sure you’re focused on the things that matter, like footsteps.

It’s thoughtful, intelligent design. And it’s one of many inclusions in the Arctis Nova Pro that’s tuned precisely for the esports experience.

The Arctis Nova Pro is the latest offering in SteelSeries’ new premium line of esports-centric gaming headsets, with alternatives for those who want wireless, Bluetooth, or Xbox-specific functionality. The baseline Nova Pro supports PC, Nintendo Switch, and PlayStation gaming out of the box.

The DAC doubles as a wireless receiver and a charging station too: If you’ve got the Nova Pro Wireless or Wireless X, you’ll get two hot-swappable lithium-ion batteries. The second battery can be plugged into the side of the ESS Sabre Quad-DAC receiver while you’re playing, so you’ll always have one battery ready to go. The Arctis Nova Pro Wireless (and Wireless X) headset can be charged via USB-C if you want, though, and either method will fully charge the battery in under an hour.

Another neat feature that will hopefully become industry standard lies within the Sonar spatial audio. Equalizers aren’t new to headphones, especially more premium offerings, but manufacturers have often done very little to educate new users on precisely how they should tune their gear.

SteelSeries’ Nova Pro takes things a step further. Each game preset in the provided software breaks the customizable parametric curve into identifiable sounds. For Apex Legends, for instance, the software lets you know which elements of the curve effects footsteps, healing, explosions, and the sub-bass sounds that are largely for immersion. The in-built VALORANT preset specifically increases the sound for the Spike so it’s easier to know when it’s being planted or defused, while the frequencies of footsteps have been boosted.

Every profile also comes with the ability to specifically tune the smart volume, gain, and spatial audio just for that game. If you wanted to boost the impact of environmental sounds for a more immersive experience in an Assassin’s Creed or a cyberpunk adventure, you can do that via a slider. If you’d prefer the software to focus on precision so you can better isolate individual enemies, that’s an option too.

There’s also an in-built equalizer available on the GameDAC, which is handy for console gaming where you won’t have access to the SteelSeries software suite. The second-generation DAC—which is available with the Nova Pro, but not the Nova Pro Wireless—doubles as a 24-bit/96kHz amplifier as well, taking full advantage of the new Nova Pro’s high fidelity drivers.

The microphone hasn’t been neglected, either. SteelSeries has taken a leaf out of NVIDIA’s book, using AI to power the noise cancellation for the bidirectional microphone. You can also individually tune the balance of your game, chat, and other audio inputs through the SteelSeries software.

The whole headset has been redesigned for comfort with SteelSeries’ Comfort Max system, with the wired and wireless lines using a new sewn suspension strip for the headband and height-adjustable earcups. The Nova Pro line also has leatherette earpads to help isolate sounds further, and like previous SteelSeries headsets, there’s a range of controls on the headset itself for controlling volume and muting the microphone.

Those who game on multiple platforms will also appreciate the Nova Pro Wireless’s support for two systems at once, supporting 2.4GHz wireless connections to your PC or console, while also connecting to your phone/tablet over Bluetooth. The understated design (including the retractable microphone) of the Nova Pro line also makes them a lot more palatable to wear in public spaces, unlike some other RGB-laden gamer headsets.

This story was sponsored by SteelSeries.