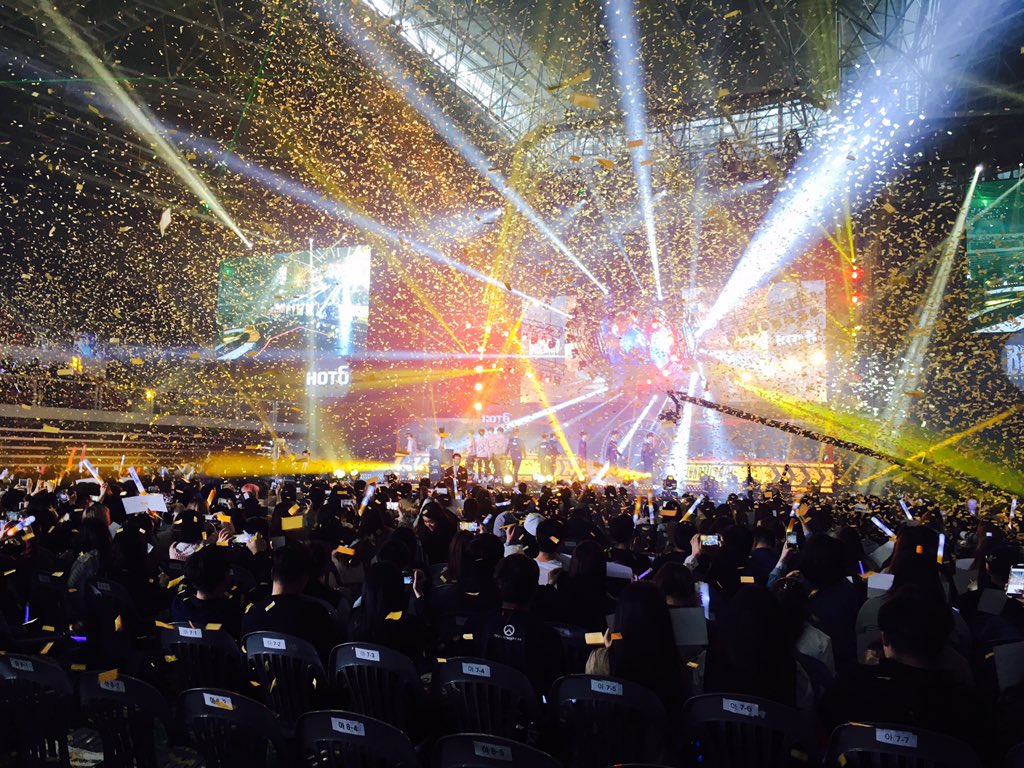 The first-rate production, incredible storylines, and awe-inspiring plays of the second season of APEX quenched our thirst for epic Overwatch action. But then the second season had to end, and it’s left us begging for more.

Luckily for Overwatch fans, OGN is only making us wait three weeks after the grand finals of season two for the third season of APEX to begin. And as with the start of every season of APEX, there are new players joining the league, either through promotions or roster moves, and many of them will be unfamiliar faces to fans.

Here are the five most important new players you should be paying attention to this season.

A team’s captain already has enough pressure on their shoulders. In addition to being a leader the rest of the squad can look to the captain is still responsible for playing the game. Combined with playing on stage for the first time in one’s career, this can lead a player to under-perform.

That’s exactly what happened to X6-Gaming’s captain Kim “GodsB” Kyeon-Bo, who didn’t perform at his usual level during the promotion tournament. That isn’t to say he was a detriment to his team, and in fact X6-Gaming still managed to 2-0 their bracket to qualify for the third season of APEX.

GodsB is traditionally a strong pivoting point for the roster. Being both the McCree and Genji player means he generally takes the lion’s share of the team’s resources as his DPS partner Kim “Timeboy” Won-Tae focuses on the self-sufficient Tracer or off-tank roles. He rounds out his hero pool with Soldier: 76 and Pharah to be a highly adaptable player.

And during both the APEX challenger regular season and the spring Nexus Cup, GodsB was destroying his opponents. In these online events he was a powerful carry force for X6-Gaming but seemingly struggled on the big stage.

Even comparing GodsB’s performance against Mighty AOD in challenger to the promotion tournament is night and day. The opponent was the same, but the stakes were higher. If X6-Gaming is going to succeed in APEX, against their toughest competition yet, GodsB will have to prove he can handle the pressure and return to the form he showed online.

While Park “Architect” Min-Ho is the only player on this list on a returning team, that in no way means he is less deserving of his spot. Conbox has long been a team with above-average tank players who have excellent synergy with the roster’s support players who were held back by sub-par DPS.

In-between the group stage of last season and the promotion tournament, Conbox sought out a solution to their troubles and found answers in their new DPS duo. Leading that pair is their new Genji player, Architect.

Conbox has a proper Genji player on their roster for the first time, and they are obviously playing around him. Lee “Sleepybear” Geum Yong moved away from his excellent Roadhog and trended toward Zarya to support Architect with great results. Architect would frequently come up with four or five kill Dragonblades to sweep teamfights.

But what impressed us more was his lethality without a Dragonblade. While some Genji players such as Jeong “Arhan” Weon-hyeop are criticized for only making highlight plays while ulting, Architect proved he does not have that problem.

He expertly follows up on the team’s damage with Swift Strikes. His ability to chain three or four kills with Swift Strikes proves he is a master of executions. The ability to so cleanly execute foes is a critical skill on a tank-heavy team like Conbox. As such, Architect is critical to their teamfighting.

Conbox has placed a large responsibility on the shoulders of a rookie and his ability to succeed will be a determining factor for their season. That makes Architect a player to watch.

South Korea is not lacking in all-star Tracer players. Some are famous for their ability to coordinate with their team for devastating impact, such as Chae “Bunny” Joon Hyuk of BK Stars. Others focus on providing consistent pressure on the opponent’s backline, such as Lee “Stitch” Choong Hui of RunAway.

Diem is always in the right place at the right time. Wherever there is a low health target, Diem can be found. This doesn’t necessarily prove that Diem is communicating with his team, but it does show he is at least receiving information from the rest of Mighty AOD to focus on the proper targets.

He takes that information in stride and not only provides permanent pressure onto his opponent’s backline, but is frequently their demise as well. The rate at which Diem cleans up kills is astonishing and his reliability is critical.

While Diem is not as explosive of a Tracer as Bunny, his consistency is what matters. On Mighty AOD, much of the explosive power comes from Diem’s co-DPS partner Park “Kariv” Young Seo. In order to open up space for Kariv to work, Diem’s pressure is crucial for the team.

In every season of APEX, MVP has given us bottom-tier teams. Whether it be MVP Space or Infinity, the organization has never been able to win even a single series in APEX. The newest iteration of MVP Space is looking to change that. And if they manage to do so, it will be in large part due to their star DPS player Maeng “Climax” ju ho.

Traditionally, you look to your tank and support players to negate the enemy DPS player’s impact with their defensive utility. But in the case of Climax, he takes that responsibility on himself. In addition to being one of MVP Space’s main damage sources, Climax puts a large focus on out-dueling his counterpart.

It doesn’t seem to matter if the duel is Pharah, Tracer, or McCree; Climax happily takes the fight. And far more often than not, he comes out on top. His ability to take duels on such a wide array of heroes means that his impact is not reliant on specific maps.

Winning these duels opens up room for the rest of MVP Space to snowball teamfights without having to worry about the enemy team’s main damage source. Those sort of snowballing teamfights have become a hallmark of MVP Space’s play, a style that Climax directly enables.

There are few Ana players in the world we simply expect to hit clutch sleep darts on demand. That short list includes names such as Sebastian “Chipshajen” Widlund and Ryu “Ryujehong” Je-hong both of whom wrestle for the title of best Ana in the world. But now coming out of the challenger scene we have an emerging Ana master, Kim “Mango” Tae-goo of Rhinos Gaming Wings.

Professional Ana players certainly hit sleep darts regularly, but players like Mango take it to another level of consistency. It doesn’t seem to matter whose Genji he faces, Mango nails dart after dart to counter the enemy Nano Blade combo. These clutch plays swing the teamfight massively in Rhinos Gaming Wings’ favor.

In fact, clutch is an apt word to describe Mango’s Ana play as a whole. In several instances, his biotic grenade was as perfectly timed as his sleep darts. Mango will throw biotic grenades to save his allies later than most Ana players would.

The enemy divers will see a low health target they believe they can finish off. But just moments before the diver kills their target Mango’s biotic grenade soars in. The sudden burst of healing saves Mango’s ally, while the heal reduction on the diving players leads to their deaths. The clutch timing of his biotic grenades can bait his foes into overextending further than they should.

If we’re frank, Rhinos Gaming Wings is going to be a bottom tier team in APEX. Mango’s clutch plays are a bright spot for the team, but because of the lower quality of players on the roster they are almost required. His mastery over Ana is obvious and contributes a large percentage of the playmaking for the team which means Mango is a player we need to watch.