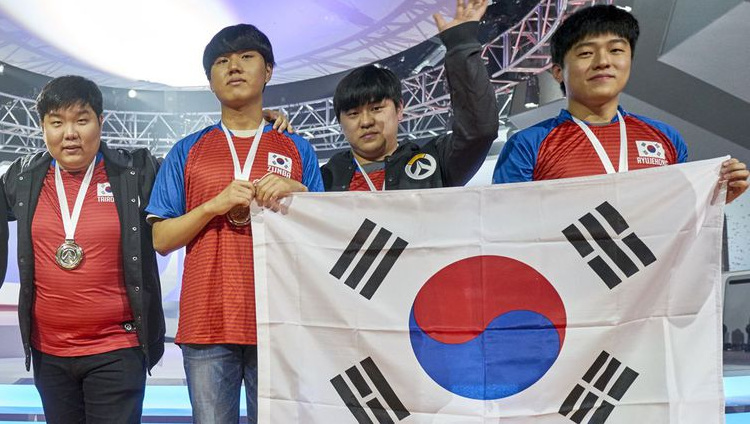 It seems like ages ago when the Overwatch League was first announced at Blizzcon 2016 and Blizzard shocked and enthralled the esports community with one of the most ambitious esports projects ever: A globalized league that, for the first time since the Championship Gaming Series, was going to attempt localization.

Then Blizzard went quiet. The community heard nothing official for almost nine months, and instead relied on the occasional behind-the-scenes report, which left many doubtful if the league would ever come to be.

But now the radio silence is over. On July 12, Blizzard revealed the first seven cities and owners for the Overwatch League. Just two out of the seven owners currently have teams, however, and speculation is running rampant about who will make the remaining rosters. And with the confirmation that there will be no region locking, meaning teams can field players from any region, a big question on our mind is this—will western teams sign a Korean roster?

There have been other examples of Western teams integrating Korean players, but none have done so as successfully as Immortals. Sure, EnVyUs bringing on Kim “Effect” Hyeon improved the team, but the four Koreans Immortals brought on completely revitalized the team.

The two new starting players have both become stars in their own right. Koo “Fate” Pan-Seung seems to finish off every kill on Winston, while Park “Kariv” is a walking Zenyatta highlight reel. But the most impressive aspect of the new-look Immortals is how quickly they integrated Korean talent into a formerly all-English speaking team.

In order to ease the transition a Korean coach, Dong “Ookz” Wook Kim was also brought on board. With their new roster and staff, Immortals won season zero of Overwatch Contenders and played an epic finals in which they nearly became the first western team to defeat Rogue in 2017.

Despite the loss to Rogue, Immortals’ new roster is a strong proof-of-concept that integrating Korean players onto western Overwatch rosters can be successful. And while Immortals is now confirmed to have a slot in the Overwatch League, they also had time to allow their new roster to gel—time that the new owners simply don’t have.

It follows that, if a new owner wants to be a title contender immediately, they should sign an existing team. And if they want the best possible roster, it would make sense to sign a Korean team. So why not Lunatic-Hai?

Of course, Lunatic-Hai isn’t the only team vying for the best in Korea, and the world. If LW Blue could ever have their full roster healthy at the same time, they would undoubtedly challenge for titles. And don’t forget Kongdoo Panthera, who crushed their way to a spot in the Apex grand finals later this month.

But for simplicity’s sake, we will focus on Lunatic-Hai.

Easily the biggest upside to signing Lunatic-Hai is that they are a known quantity. Their players have among the most, if not the most, LAN experience among all players in Overwatch. Beyond that, they have proven to be a world-class team for nearly 10 months now. Throughout that time together, they have endured high stress series and massive meta shifts only to come out on top. But most importantly, they’ve logged thousands of hours of practice together.

The core of the roster has been together for nearly a year, and all but Moon “Gido” Gi-do have played together since January. This means any wrinkles in communication have been smoothed out and their teamwork perfected. There really is no substitute for time, but luckily Lunatic-Hai has had plenty.

Even outside of the game itself, Lunatic-Hai has distinct upsides for an organization that signs them: Their raw star power. In South Korea the players are celebrities, especially stars Gong “Miro” Jin-hyuk and Ryu “Ryujehong” Je-hong. That isn’t to say they are just famous in Korea, the stars of Lunatic-Hai are well known for changing the way the whole world plays certain heros.

That kind of pre-existing fame would be a huge asset to a new organization that’s starting from scratch. Naturally, a certain percentage of Lunatic-Hai fans would follow the players to a new organization and continue supporting them. If a North American owner was to secure Lunatic-Hai, it could give them a strong fanbase in Korea which could otherwise be nigh impossible to secure.

Of course, signing Lunatic-Hai would not be the perfect solution. It remains to be seen if the Western audience would embrace a full Korean team as heavily as they would an English speaking one. Especially when you consider the potential exposure from streaming, it’s no secret that English speaking broadcasters attract more viewers on Twitch.

Because of that, a Western org signing a full Korean roster may be a near-sighted venture. Sure, there are several Korean teams that are immediately ready to challenge for championship titles, but that does not mean there is a lack of talent in the West. With the sheer number of free-agent players, it would be possible to build several very strong rosters that may excel in the future.

The gamble on building a new team is of course that there may be unseen personality conflicts that could later erupt and ruin a team from the inside-out. With an entirely Western roster, it would in theory be easier to find replacements. Instead of having to scout the Korean ladder and potentially fly players across the world for tryouts, a North American Overwatch League team could search in their own backyard.

But if a new owner were to build and develop a fully Western roster instead of signing an existing Korean team, they would benefit from their increased marketability to a Western audience. Players like Brandon “Seagull” Larned and Lucas “Mendokusaii” Hakansson could raise the popularity of a team with their own fame (built from streaming), while still being world-class players. Such a roster could also be a win from a business perspective for the new owners and aid in increasing the popularity of the Overwatch League.

If you were a new Overwatch League owner considering whether to pursue signing a Korean team, such as Lunatic-Hai, or building a Western one from the pieces of deceased teams you’d have two distinct choices.

The top Korean teams are known quantities that compete at the highest level. They have, on average, more LAN experience than Western players and are proven talents. There would be little risk concerning their abilities—instead you would be unsure if they would be fan-favorites.

On the flip side, many Western players have dedicated fanbases who watch them stream regularly. These players are still excellent, and together have the potential to form a world-class team. You know from the start that the fans would have your back, but the ability for your players to work together smoothly would be in question.

So you’d have to ask yourself, what do you prioritize?