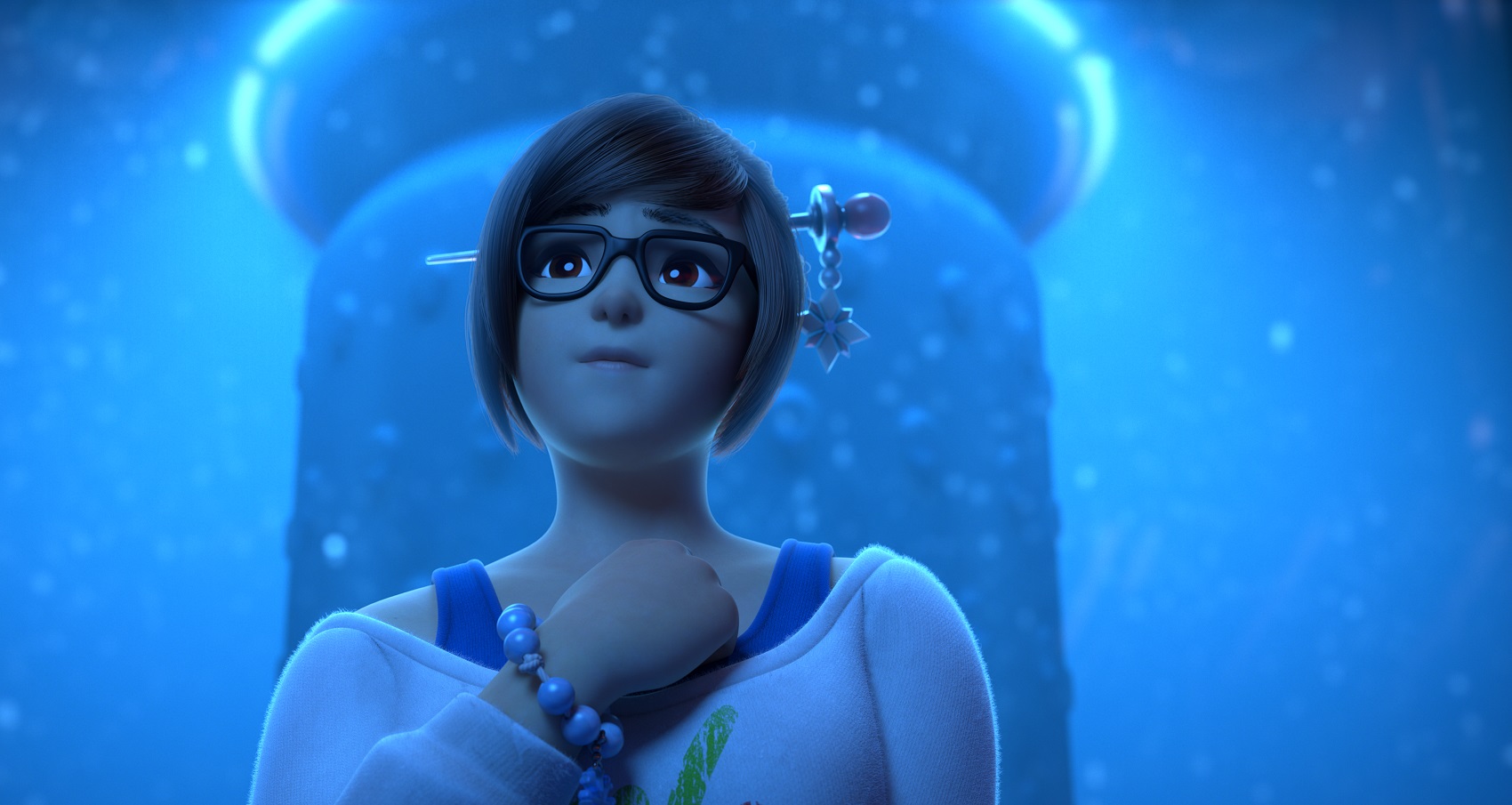 Mei is the star of Blizzard’s latest Overwatch animated short, Rise and Shine, which was released earlier this week at gamescom in Cologne, Germany.

The short itself is stuffed with emotional ups and downs. We follow Mei from the day her crew entered cyro-sleep because of an incoming ice storm, to her realizing she’s the only one alive after her nine-year sleep. She decides, however, not to let her crew’s death be in vain. With weather drone Snowball at her side, Mei’s journey through Rise and Shine is tragic, but hopeful.

The Overwatch developer has already added a nod to Rise and Shine’s most touching moment to the Ecopoint: Antarctica map on the PTR—that’s where Mei was stationed.

Before heading off in search of help, Mei set out steaming cups of coffee in front of the cryo-pods where each of her fallen crew members remain. It’s an emotional moment in which Mei’s compassion, strength, and resiliency is fully realized.

Though we already knew this story—Blizzard has told it elsewhere before—it was a meaningful moment and an important glimpse into everyone’s favorite climatologist. Elsewhere on the map, Ecopoint: Antarctica remains the same, abandoned after Mei bravely left in search of relief.

The update is only on Overwatch’s PTR right now but is expected to live with the rest of the Patch 1.15 changes, like the Mercy and D.Va updates.