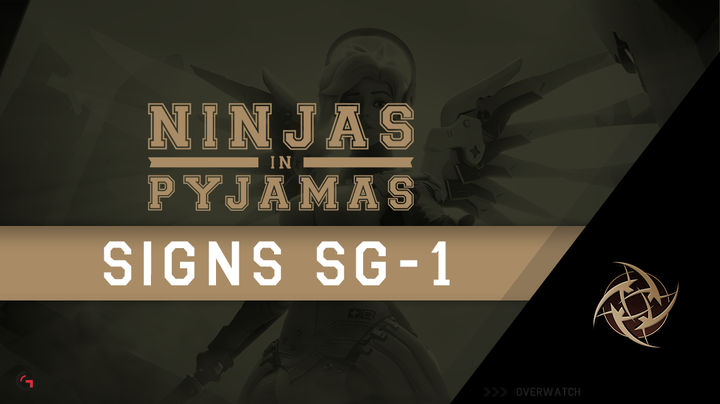 Ninjas in Pyjamas has announced that they have signed a roster for Blizzard Entertainment’s Overwatch.

SG-1, a Finnish team, has joined NiP. The roster has a collection of previous Team Fortress 2, Counter-Strike: Global Offensive and World of Warcraft professionals and semi-pros. Here is the current lineup:

The majority of the team has played together for almost 10 years on TF2, while two members, Joona “fragi” Laine and Joni “seita” Paavola, were a part of Paragon, a well-known WoW guild.

Seita is also the current in-game leader, which may stem from his previous role as guild leader of Paragon. According to his liquidpedia page, he is analytical and observant of other teams to best prepare his teammates for matches.

With a team with enough chemistry to play together for a decade and intense leadership, NiP’s CEO, Hicham Chahine, aims to have the organization’s Overwatch team be one of the best in 2016. The roster is currently ranked seventh in Europe and 13th in the world.
“On behalf of the whole team, which used to be called SG-1, I want to thank NiP for this huge opportunity,” Lauri “mafu” Rasi said in the NiP press release. “We couldn’t dream for a better organization to back us up on our jo[u]rney to be the best Overwatch team in the world.”