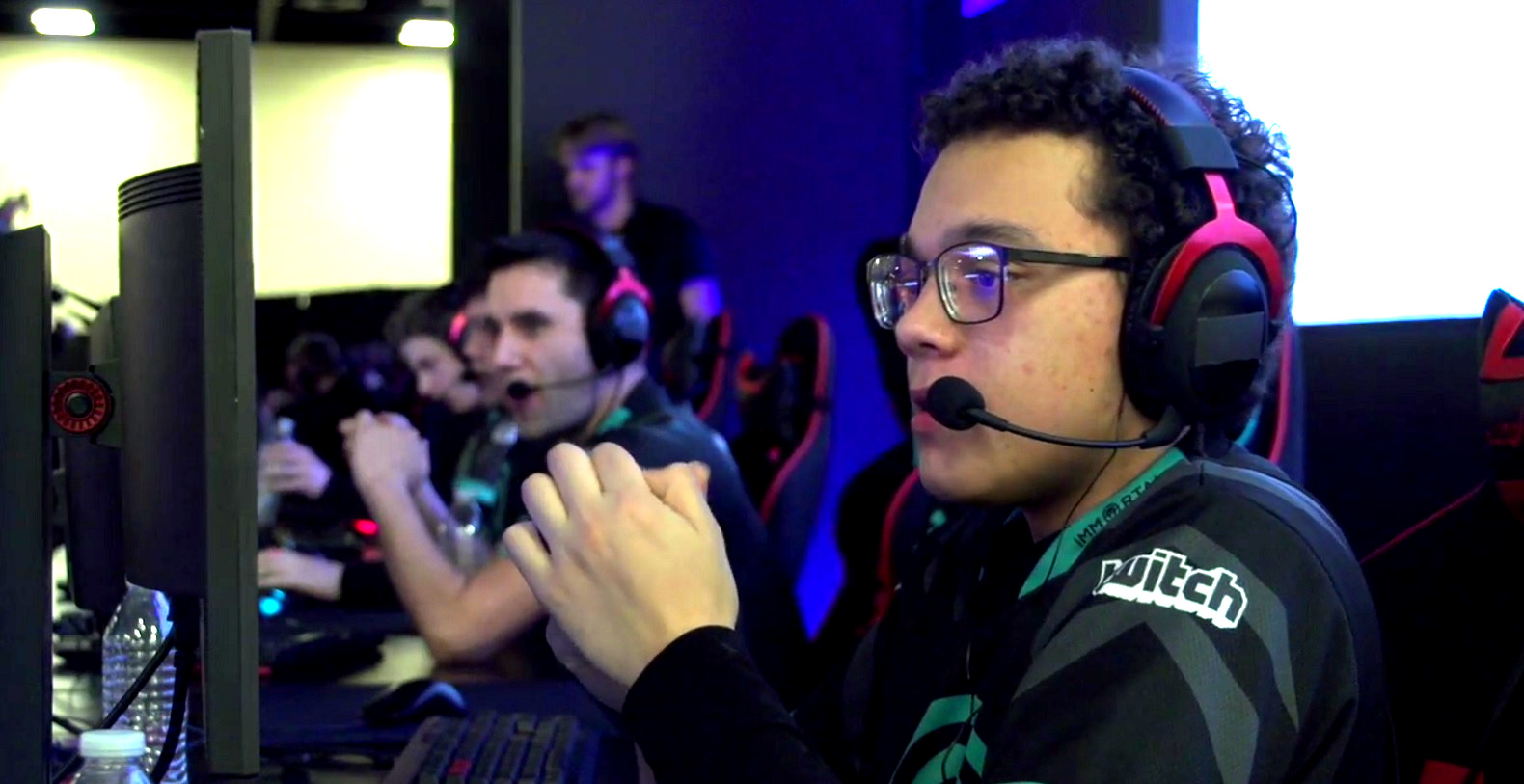 Ghost Gaming’s Zarya graviton surge and D.Va self-destruct combo is a thing of nightmares: Andrej “babybay” Francisty drops the graviton surge on Dorado’s last bridge before the second checkpoint during the grand finals of Next Generation Esports’ Overwatch Winter Premiere. Michael “mykL” Padilla pushes the red button to self-destruct, launching his mech toward the mass of Immortals players bunched up by Zarya’s ultimate. But despite the strength Ghost came into this moment with, the bomb combo whiffs. The graviton surge is a bit too early, or D.Va’s self-destruct a bit too late.

It’s the opening Immortals needed to build their momentum. George “Hyped” Maganzini on Zarya drops a graviton surge of his own—and in the midst of all the chaos and noise, GrimReality pops the deadeye, eliminating four Ghost players. And it’s those four kills that likely shook Ghost: After that moment in the second map, Ghost wasn’t the same and Immortals had their opening.

But GrimReality is worth more to Immortals than just the Q button. No one stands a chance against aim at GrimReality’s level. And once he started to heat up, GrimReality was unstoppable.

McCree’s pistol shattered Ghost’s unparalleled confidence. Ghost—originally called Kungarna—plays with emotion. And when that emotion is positive, Ghost plays well, with whooping and cheering loud enough to get picked up on stream. But once GrimReality’s headshots started to rack up, Ghost got quiet. That’s when they faltered, and Immortals took the championship in a 3-1 series.

Immortals takes home $40,000 of the $100,000 prize pool, while Ghost gets $20,000. Second place is nothing to be scoffed at, either. Ghost began the tournament as the only unsigned team, picked up by Ghost Gaming only one day before the Overwatch Winter Premiere finals at PAX South this weekend. It’s the only LAN tournament the group will see together, however. Alex “Ajax” Jackson, Taylor “b1am” Forrest, and Connor “ConnorJ” Johnson were reportedly “offered a deal [they] didn’t want to pass up,” Ajax told Overwatch site Over.gg. “Something offered even before Ghost came into talks with Kungarna. We were offered the ability to do something great, and although we have been doing good, I think this opportunity opens a lot of doors for our future.”