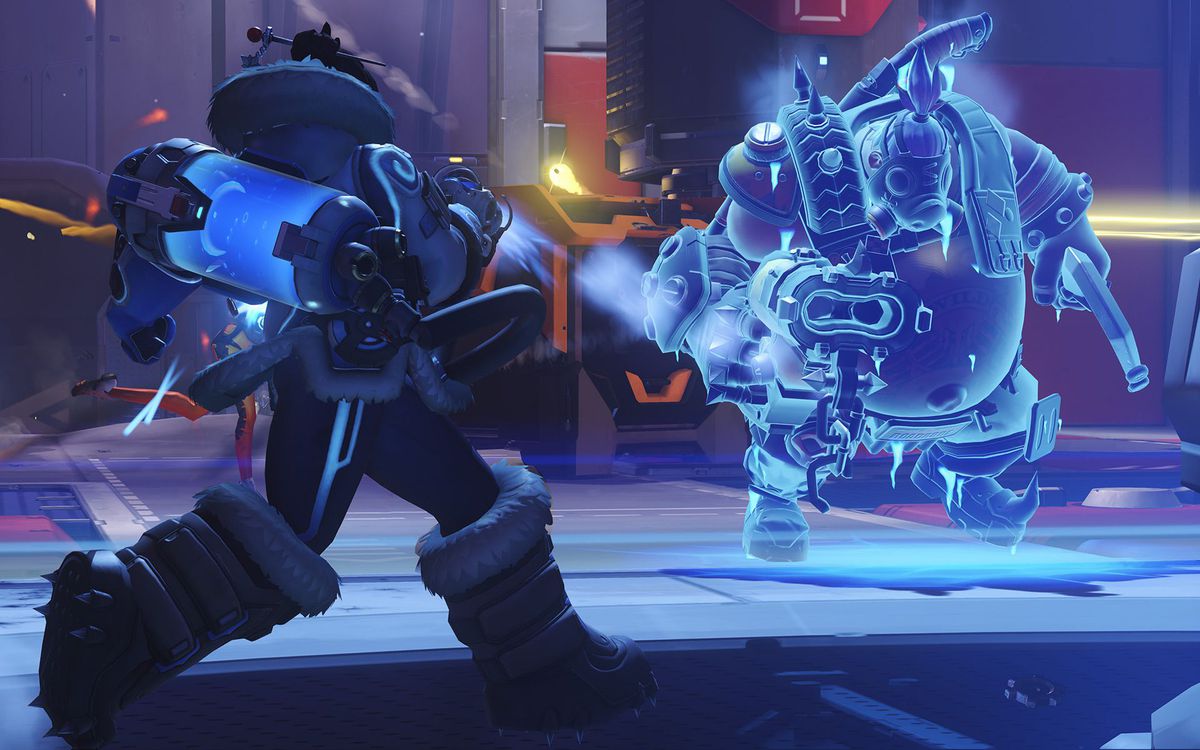 Doomfist, Mei, and Sombra have all been adjusted in the Feb. 27 update, according to Overwatch’s patch notes. None of the listed changes are huge, but should work in favor of each respective hero. Sombra’s tweaks are the largest of all, nerfing her Hack ability for health packs but buffing her overall.

Related: New Overwatch teaser suggests jetpack cat may be a reality, and associated with Brigitte

Sombra’s EMP is no longer blocked by small objects like sign posts, and her Machine Pistol now has a spread of 2.7, reduced from three. Enemy health bars are now visible when an enemy takes any change—it was previously only for damage below 50 percent. Her Translocator now has a duration of 20 seconds, up five seconds from 15 seconds.

The biggest adjustment is to Hack, as she no longer gains ultimate charge from health pack healing. Cast time has been reduced from .8 seconds to .65 seconds, with the ability to disable Genji’s Cyber-agility, Hanzo’s Wall Climb, Pharah’s Hover Jets, Lúcio’s boosts and Wall Ride, and Mercy’s Angelic Descent.

Sombra’s ultimate will come up less frequently now, but her Hack is a lot more powerful. “Overall, these changes should make her more effective and less reliant on her ultimate,” according to the patch notes.

Mei’s buff targeted her Endothermic Blaster in an effort to make her just a bit more powerful. Her freeze duration has been increased from one second to 1.5 seconds, allowing her to more efficiently freeze hard-to-hit targets like Genji or Lúcio. Her alternate weapon fire has had its ammo cost reduced from 25 to 20.

“Lowering her alternate fire ammo cost allows her to more safely use it without costing her the ability to freeze enemies,” Blizzard said.

The Doomfist adjustments build on the earlier tweaks Doomfist got with the Year of the Dog update. His Hand Cannon ammo recovery rate has been increased from .8 seconds to .65 seconds per bullet.

“This change will help Doomfist more consistently be able to use his weapon as part of his combos,” Blizzard wrote in the patch notes. Earlier in February, Doomfist’s Hand Cannon had its damaged reduced from 11 to six, with the number of bullets fired increased from six to 11.

Blizzard World also got a few tweaks in the latest Overwatch patch, particularly with regard to health packs. Some health pack sizes have been reduced, while others’ locations have been changed. More health packs, in general, have been added to the map.