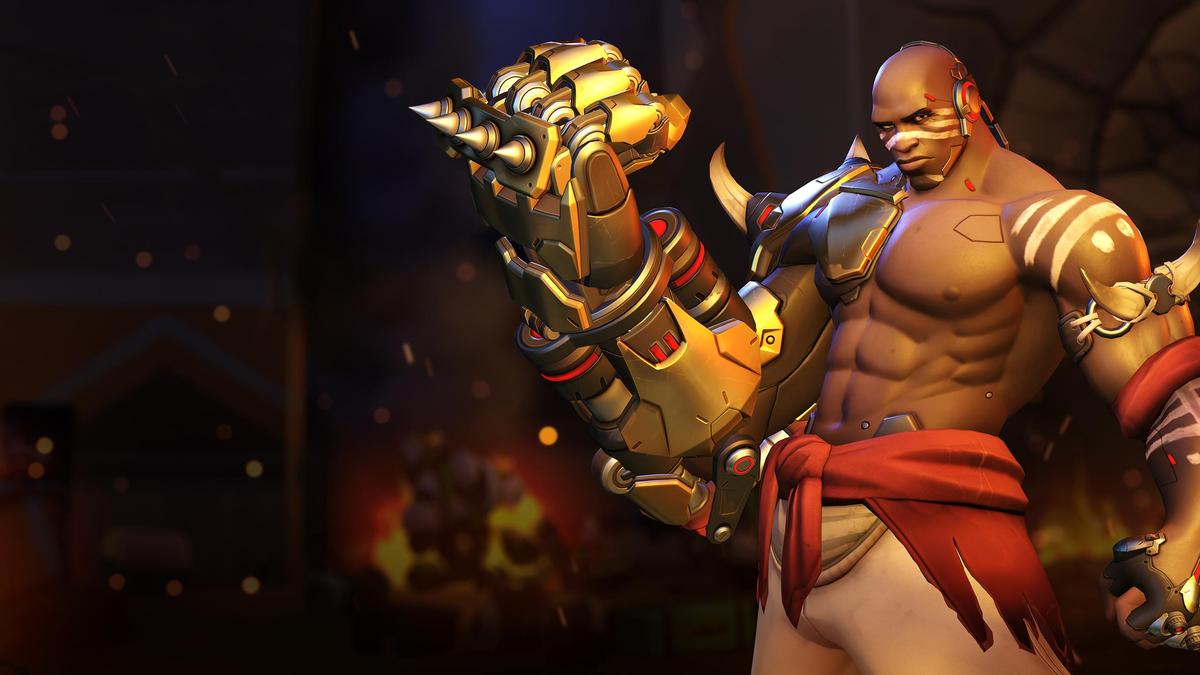 Talon leader Doomfist is now playable in Overwatch for PC, Xbox One, and PlayStation 4.

Doomfist introduces melee fighting, styled after classic fighting games, to Blizzard’s first-person shooter. He’s been in testing on Overwatch’s public test region since July 6, where players have been able to experiment with his abilities. Along with his multiple melee attacks, Doomfist also is able to shoot bullets out of his knuckles.

Related: Talon operatives are at the core of Overwatch’s new Doomfist comic

Lore about the villain has been trickling out since his introduction on the PTR, all of which explores the new age of Overwatch. A lot is about to change now that Doomfist is here. Back with Talon, Doomfist wants to push the world into chaos: It’s the only way he believes it will become stronger.

Tensions in the Overwatch world have only reached such heights during the Omnic Crisis. Everything we know about Overwatch is about to change—including the meta.

Here’s what Doomfist looks like on the live Overwatch server.

Doomfist’s Hand Cannon is a shotgun projectile that does 11 damage her pellet, which adds up to 66 per shot. Rate of fire sits at three shots per second. Each bullet reloads over a period of .75 seconds.

Seismic Slam has Doomfist leaping forward and smashing his fist into the ground, knocking nearby enemies toward him. It does 10-125 damage, depending on the distance traveled during the slam. The maximum range is seven meters, with a cooldown of seven seconds.

Rising Uppercut is a melee attack that does 50 damage, but it can also operate as a mobility ability.

Another melee ability, Rocket Punch charges up and launches Doomfist forward, knocking enemies back. He deals additional damage if he knocks a player into a wall. This move does 49-100 damage, depending on charge, and up to 150 if there’s wall impact.

Doomfist’s massive ultimate ability is Meteor Strike, which allows him to leap into the sky, essentially removing himself from battle. He crashes down to the ground to do a ton of damage to players within the area-of-effect. Players at the epicenter will face 300 damage, ranging outward from there.