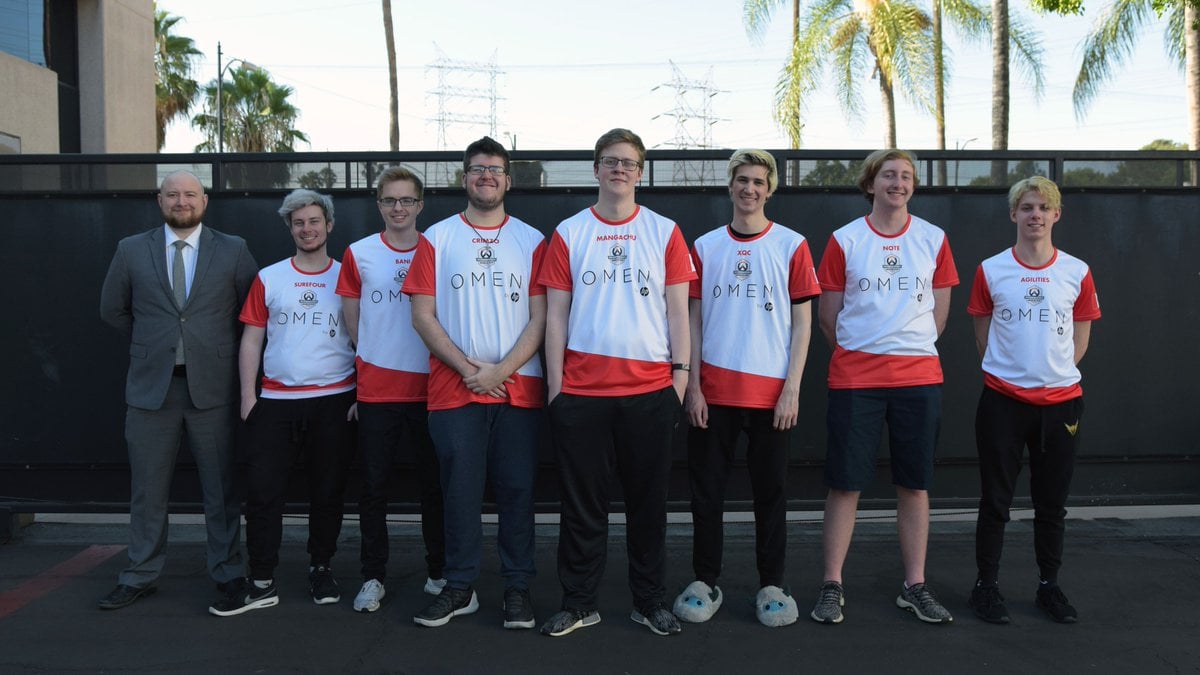 With season two of the Overwatch League set to kick off on Feb. 14, Blizzard’s shooter is leading the charge in placing esports in the spotlight.

It’s rather difficult for players to break into the pro scene, however, as Overwatch’s Path to Pro is elusive and difficult to tread. The imposing ladder to professional play presents a tedious climb, which even those who dare to dream are reluctant to attempt. On top of this, the seemingly bureaucratic workings of Open Division make the bridge to semi-professional play almost uncrossable.

In order to come to grips with the barriers found along the path to competitive Overwatch, we asked Justin “Jayne” Conroy, the head coach of Team Canada for the World Cup and the assistant coach for Dallas Fuel, for commentary. Discussing all things Overwatch, from couch-play to arena performance, Jayne describes what happens at each tier of play in Overwatch and suggests ways in which the system could be revamped in order to accommodate new talent.

Jayne: The Contenders stuff is working pretty well if you’re looking at the tier one to the tier two connection. It’s got the academy teams that are tied into their parent teams there and that connection is pretty decent.

The promotion system from Trials to proper, though—one of the things with it is that the problems the system gets once you go lower down the path of people just starting out, especially going forward with eight new expansion teams, is that each one of these new teams are gonna have an academy team.

If a team comes through Open Division and dominates Contenders Trials, what happens if every single team that’s in Contenders proper is an academy team and you can only be picked up as an individual? The superstar teams that are coming up out of Open Division like phase two are gonna get stonewalled. Just because teams are academy teams doesn’t mean that they are capable of winning or performing at the tier two scene consistently, especially once some of their players get promoted.

Considering that the Contenders to OWL connection is decent at the moment, how will teams from Open Division come up through Contenders Trials and compete in Contenders proper with all of the new academy teams that are being launched in season two?

You see, one of the things that they do in Open Division is a Swiss format. In order to get into Open Division playoffs and trials, you basically need to be undefeated, but there are 10 matches. If all of those 10 matches were against good teams and what not, sure, I could understand that. But because of the Swiss bracket there are a significant number of matches that don’t really matter.

Teams that not only want to make it into Trials but into Contenders proper are playing against teams of basically Platinums, and those matches are going to very obviously be complete stomps.

Because you have to be basically undefeated in Open Division in order to get a position in the Open Division playoffs or Contenders Trials, if a good team comes up against another good team just by chance early on in this Swiss bracket, and one team loses, they know the chance of them actually making it into playoffs is slim to none. So what those guys do is usually just disband; they don’t bother playing the rest of the open division.

When that happens, it costs the team that actually beat them. That win is worth less because your score is based upon the number of wins and the people you beat, and there’s an aggregate score. If you beat a really good team early on in the Swiss bracket and then they drop out, that also dramatically harms your chances of making the playoffs.

If two teams, good teams, happen to face each other early on, it fucks everything. It’s not very fun for open division teams.

So not only will teams get stonewalled in the run-up to a Contenders filled with academy teams—good Open Division teams can actually lose out just because they lose to another good team? How would you go about rectifying this?

There needs to be a shorter duration in the open division and more games that actually matter. The way to do that is to raise the barrier cut-off point. Nobody below Grandmaster should be competing in the American region. Other regions might be different like the South American and the Australian regions, but nobody in Masters is coming anywhere close to making it into Contenders trials just because you have to be so perfect so consistently in order to make it out of the depths of hell that is Open Division.

So, if all aspiring professionals need to be at least Grandmaster, would you say that game sense trumps mechanics?

Absolutely. Kariv from the Los Angeles Valiant is a support player, but he’s probably one of the best Widowmakers in the league. The people who are competing at these levels, even if they’re tank or support players, are monstrously talented FPS players regardless of the role that they’re on. You’re just not gonna get people who aren’t Grandmaster competing with these guys in any sort of fair competition.

Some Widowmakers who are known for just absolutely dominating in OWL only do so because their teams set them up. They take off the pressure and constantly scout the opposing Widow so all the work was done for them. There are so many things going on aside from just click heads.

One of the really big strengths of people who are in the Overwatch League is that they already know a whole bunch of plays and tactics that ranked players don’t, so when you assemble a team for the World Cup, for instance, and you bring OWL players together, one person will call a play and everybody else just knows what to do. They’ve experienced it, they’ve played against it, they’ve practiced it themselves.

There are a lot of like tricks in the bags of professional players that they get from spending time on teams. You might have someone who has the mechanical skill or the game sense of a solo queue player, but the game sense of a pro player is on an entirely different level.

To go back to the previous questions, how would this compare to players competing in Open Division?

Take rotations for example; if you say rotation to a ranked player, they probably won’t understand what you mean. It’s the same with things like scouting and counter-picking. Most of the teams in Open Division don’t use any of these concepts, so you don’t need them to win. Would it help? Yeah, absolutely, but you don’t need them.

Once you get into Contenders Trials, there are some really decent coaches and people who study the pro scene at the tier three level. It’s important for teams in Open Division to have this, too. Teams need coaches and people thinking about the macro level play. For example, if you have a really good main support who knows the game well, that can be a crazy advantage, even if you’re playing against people who have more mechanically-talented players because they might have limited awareness or planning.

Considering that Contenders players have access to coaching and adhere to the macro level play, do you think the Overwatch World Cup—which had tons of Contenders players competing this year— is a good opportunity to scout players from lower tiers of play?

At Contenders level, there’s no world series. We don’t see the winners from the American region fighting the winners from the Korean region or anything like that. The regions are very isolated and the belief that Korean Overwatch is simply better than everything else leads to Korean Contenders teams getting picked up and their players getting poached before the best players on the best North American teams are picked up.

You could see the best player in the Pacific region and say, “oh he’s still shit, he’s just competing against bots.” In the World Cup, you get to see players like Moowe going up against Carpe. If Moowe wins the vast majority of the duels, suddenly people start to respect his skill because he’s going against somebody they already respect as a top-tier performer. So, yeah, the World Cup is very interesting from a scouting perspective because you can have a direct comparison between regions, which otherwise would be impossible to compare.

OWL is planning a roadshow for season three in which teams will play home and away games in their respective cities. Do you think this will affect the ways in which players are scouted?

Yeah, it’s the plan that we’ll be in different cities for season three. That’s not something I’ve thought about, though. You’re talking about the Fusion University doing their little tryouts in their home city, right?

The people that are being looked for are 0.0001 percent of the player base and hoping that the best player that fits your team perfectly is from your city as well—nah. I think that would be like winning the lottery. I don’t think it will have an impact on picking up new players for tier one or tier two.

Fusion University did their little tournament which they framed as tryouts for their tier two team a while ago, but that was a publicity stunt. They weren’t actually seriously looking for any applicants, right? A lot of the people who took that seriously as the promise of a fair tryout walked away really bitter from that experience.

Is there anything else you’d like to point out in relation to the Path to Pro, Contenders, and the Overwatch League?

Yeah, the last thing that I want to point out in terms of path to pro is: Have you heard of the League of Legends Clash system being introduced? LoL introduced this in-client tournament system. Just for reference, the path to pro exists and it’s got flaws, but one of the main issues can be that it’s actually rather difficult to find the start of it. If you’re somebody who just plays the game but you happen to be the best player in the world—maybe you watch OWL because it’s on the Blizzard client, but you don’t use Reddit or Discord—how are you ever gonna experience team play?

The biggest Discord for joining a team, making a team, recruitment—that Discord is invite-only and owned by a third party. There’s a lot a people in the community for who even starting the path to pro can be extremely opaque. Also, the Open Division announcements happen on one website, so even people who are in the scene sometimes miss the registration dates.

It would be nice to have some kind of in-client thing designed to drag these players out of solo queue and kick them into a team environment, a tournament environment, and a competitive environment. For people who aren’t already familiar with the community, finding the start to the path to pro is actually incredibly challenging.

With the LoL system, the in-client, month-long tournament has its own team system and rewards. If there’s an in-client reward or an in-client leaderboard for the best Overwatch teams, that introduces a whole bunch of different dynamics in terms of scouting and performance. People now have a reason to play a game in which they have control over their teammates, making a lot of the disappointment from solo queue disappear. I think it would be very important to implement a system like that.