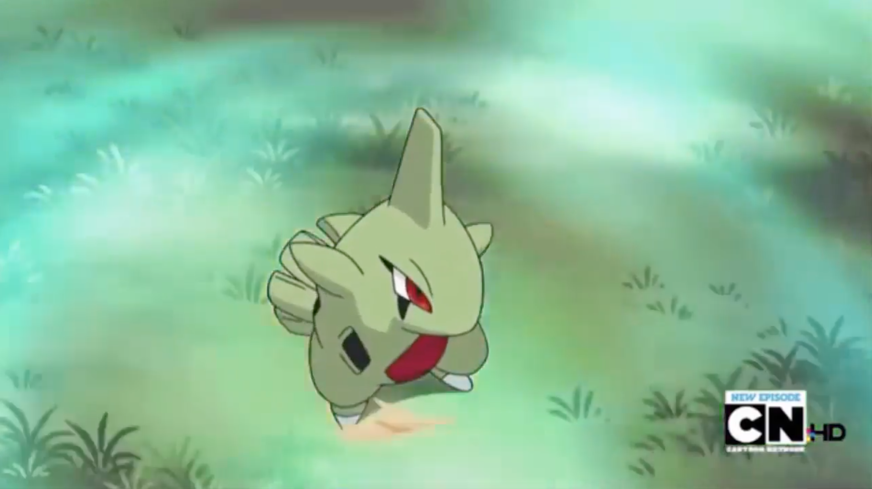 Despite the cast of new Pokémon introduced in Sword and Shield, players are still itching to get their hands on some of the older generation’s tried-and-true companions—one of which is the rock-skinned Larvitar.

The Generation Two Pokémon first appeared in the Gold and Silver versions that celebrated their 20-year anniversary yesterday. Larvitar became an instant classic. And now, fans are looking to snag one in Game Freak’s newest title and evolve it into the brawny Tyranitar.

Here’s everything you need to know about catching Larvitar in Sword and Shield.

Where can you catch Larvitar?

Larvitar only spawns in the Lake of Outrage, located in the northwest corner of the Wild Area under the town of Hammerlocke. The rock Pokémon won’t appear in the overworld, however, forcing players to search for it in random grass encounters.

Catching Larvitar isn’t as simple as it seems, either. The Pokémon has a low spawn rate at five percent and the weather conditions have to be perfect for one to appear. The optimal time to go for a Larvitar hunt is during overcast or intense sun, while rain or snow won’t yield you any luck in the search.

And the Larvitar you encounter will be fairly high in level, hovering in the low 50s. The Pokémon has two evolutions as well, evolving to Pupitar at level 30 and Tyranitar at level 55. This means that you only have a few levels to go after catching your high-level Larvitar.

Players who want to level Larvitar up from conception can breed for an egg and start the grind from level five. The Pokémon can also be found when participating in Max Raid battles.

Players who made the difficult decision to purchase Sword over Shield won’t be able to catch this Pokémon. Even though Larvitar is Shield exclusive, lucky fans can still have a friend trade one over.

Other notable Shield exclusive Pokémon include Galarian Ponyta, Goomy, and the Lotad evolutions.