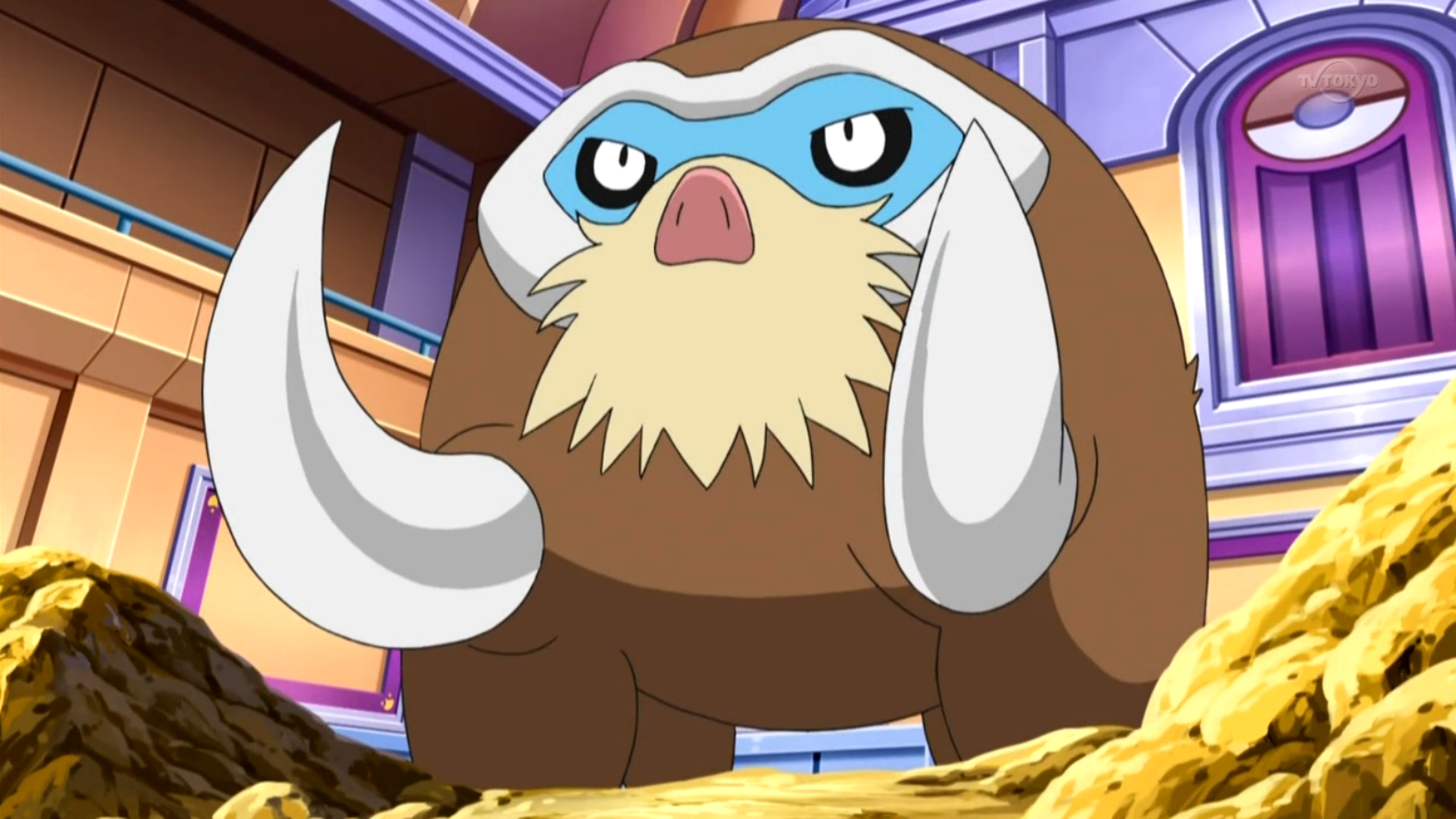 Ground is a type that is often overlooked by many, especially because it is never the primary type of many Pokémon, and therefore its themes aren’t very apparent in a Pokémon’s designs.

But on the other hand, the Ground type is incredibly resourceful, sporting great resistances and a useful immunity against Electric, as well as hitting crucial types for super-effective damage. Over the years, there have been a lot of memorable Pokémon that have donned the Ground typing.

Here are 10 of the best Ground-type Pokémon, ranked from 10th-best to best of all time.

List of the best Ground-type Pokémon of all time

Fans have loved Flygon ever since its release. While it may not be the strongest Pokémon you can add to your team, it is certainly memorable, from its design to the way you acquired one.

Flygon’s baby stage is Trapinch, which was very rare and could only be found in the middle of Route 111, where there was an unrelenting sandstorm, in Pokémon Ruby, Sapphire, and Emerald. The sandstorm also required you to acquire the Go-Goggles to traverse through it, which could only be obtained after defeating the Lavaridge Town gym.

After going through that ordeal and finally finding yourself a Trapinch in the desert, eventually evolving it into a Flygon was a different kind of satisfaction. Dragons were incredibly powerful in generation three, and Flygon was no different, with its ability Levitate letting it provide even more value.

Fans have also been asking for a Mega Evolution for Flygon for years, but even if Game Freak were to give it some attention in any other way, we all would be pleased enough.

There’s really not much to say about this Legendary introduced back in generation five. While people don’t hate the Pokémon, they don’t particularly love it either. Its design is just fine as well, and there are much cooler-looking ‘mons on this roster.

What makes Landorus: Therian special, however, is its place in the competitive Pokémon scene. Ever since Lando-T became legal in VGC in the Pokémon Black and White days, it has been an absolute nuisance to deal with.

Intimidate, pivoting with U-Turn, strong offensive presence, good bulk, and a useful dual-typing have kept it relevant to date, and the Pokémon will probably continue being relevant until it is illegal. VGC is synonymous with the image of this floating tiger’s presence, where Lando-T holds a sky-high status among players.

There are a couple of mysteries in this world that still boggle the minds of the smartest people around the globe. Who built the Pyramids? What exactly happens in the Bermuda Triangle? What does the underside of a Diglett look like? We may never know.

Ever since Diglett appeared in the games, and then in the early seasons of the anime, the question has always struck the viewers’ minds sometime or the other: what does the rest of Digglett’s body look like? Clearly, there has to be something that’s burrowed underneath the ground it’s in.

Zygarde is made up of different cells and cores, and collecting different amounts of these cells and cores lets you combine them to make the different forms of Zygarde. 10 percent Zygarde is faster but much frailer, while the other two forms are slower, but get increasingly more bulky.

Zygarde is said to be the protector of the world’s ecosystem, and spreads its cells and cores out around the world to monitor the ecosystem everywhere. If anything were to disturb the balance of the ecosystem, especially out of evil intentions, Zygarde would transform into its Complete Forme and ruthlessly take them down. Bet you’re gonna think twice before tossing that piece of paper in the park now, eh?

If you are a veteran Pokémon fan, Onix was one of the first Pokémon you were ever introduced to, let alone one of the very first Rock- and Ground-type Pokémon. In the very beginning of the anime, Onix was Brock’s signature Pokémon, and we all felt bad when Ash lost against Brock’s Onix time after time.

And then came the scene that baffled fans everywhere, in which Pikachu shocks this Rock and Ground type till it faints. Pikachu, using an Electric move against a Pokémon immune to Electric moves, not only hurt it, but straight-up caused it to faint, and let Ash earn his first gym badge. Hilarious.

In the games, however, players weren’t given that liberty, and had to beat Brock’s Onix in the first gym fight the hard way: by picking and using Bulbasaur or Squirtle. Or, if you’re a masochist, using Charmander.

You don’t really need an explanation as to why this Pokémon found its way onto this list, right? It’s an undead little sandcastle with a shovel on its head. That’s reason enough. Also, take a look at its mouth—why is it so shocked? It is the ghost here, everyone else is supposed to have that expression looking at it.

Sandygast are said to be born from the grudges that seep into the sand, especially the ones from Pokémon that have died there. It then uses its ghostly powers to take control of anyone that comes in contact with it, for the evil purpose of adding more sand to it. Yeah, that’s about it. It just wants to grow bigger. No world domination or anything here. It’s still adorable in the end.

Look at this adorable little slug. If generation four did one thing right, it was designing and releasing this little cutie.

There’s little reason to dislike this Pokémon. It’s cute and harmless, probably slicks around everywhere super slow to reach where it wants to, and then does everyday slug things. That probably includes getting back into the water, because Gastrodon get dehydrated on land very easily, apparently.

Furthermore, if you have taken one look at Gastrodon and disliked its appearance, there are even two versions of this Pokémon, East Sea and West Sea. Also, have you heard this thing’s cry? Everybody loves Gastrodon’s silly little cry.

This dude was the OG back in generation one and its generation three remakes. Not only does Nidoking look like it can maul an entire team on its own, it actually can deliver on that promise, at a very early stage of the games.

In the Kanto region, Nidoran was one of the earliest Pokémon that you could catch, and training it up to Nidorino meant that you only need it to reach level 16. At that point, you probably had a Moon Stone from crossing Mt. Moon, which meant that you could immediately evolve it into Nidoking. A fully evolved three-stage Pokémon as powerful as Nidoking that early on in the game meant that your opponents stood no chance against you for a long time.

At level 22, Nidoking learned Thrash as well, which felt like a one-hit knockout button. There was barely anything that could stop this monster in its rampage.

The word badass and the Pokémon Garchomp are synonymous with each other. If you’re a fairly new Pokémon fan, you may have seen Garchomp once or twice, but to know Garchomp’s real appeal is to play through the generation four games.

Considering how tough it was to come across a Gible for yourself during a run of Pokémon Diamond, Pearl, or Platinum, facing the region’s Champion, Cynthia, was probably the first time you saw a Garchomp, and what a first impression everyone got.

Cynthia’s Garchomp was faster than almost everything most players had on their teams, and hit harder than all of them, too. If you weren’t careful, Garchomp could easily sweep your team. This pseudo-Legendary was a huge reason why Cynthia is often called the toughest Champion of any main series Pokémon game.

One part of the super-ancient Pokémon more commonly known as the Weather trio, Groudon is the mascot Legendary for Pokémon Ruby, and arguably the best Ground-type Pokémon to ever exist.

Groudon is a pure Ground type, so it represents the type perfectly. Secondly, it is a mascot Legendary, and one of the most iconic ones at that. It is huge, foreboding, and has a fantastic design that is loved by fans.

Over the years, Groudon has even gotten tons of love and attention from Game Freak, getting its own signature move in Precipice Blades, as well as its own version of Mega Evolution, called Primal Reversion. For a Pokémon to be as old as Groudon and still incredibly popular is a feat in itself.

Moreover, Groudon is currently thriving in the competitive scene of Pokémon, and is a staple in Series 12 VGC. There’s no reason to not award the number one spot on our list of the best Ground Pokémon of all time to the beast that is Groudon.