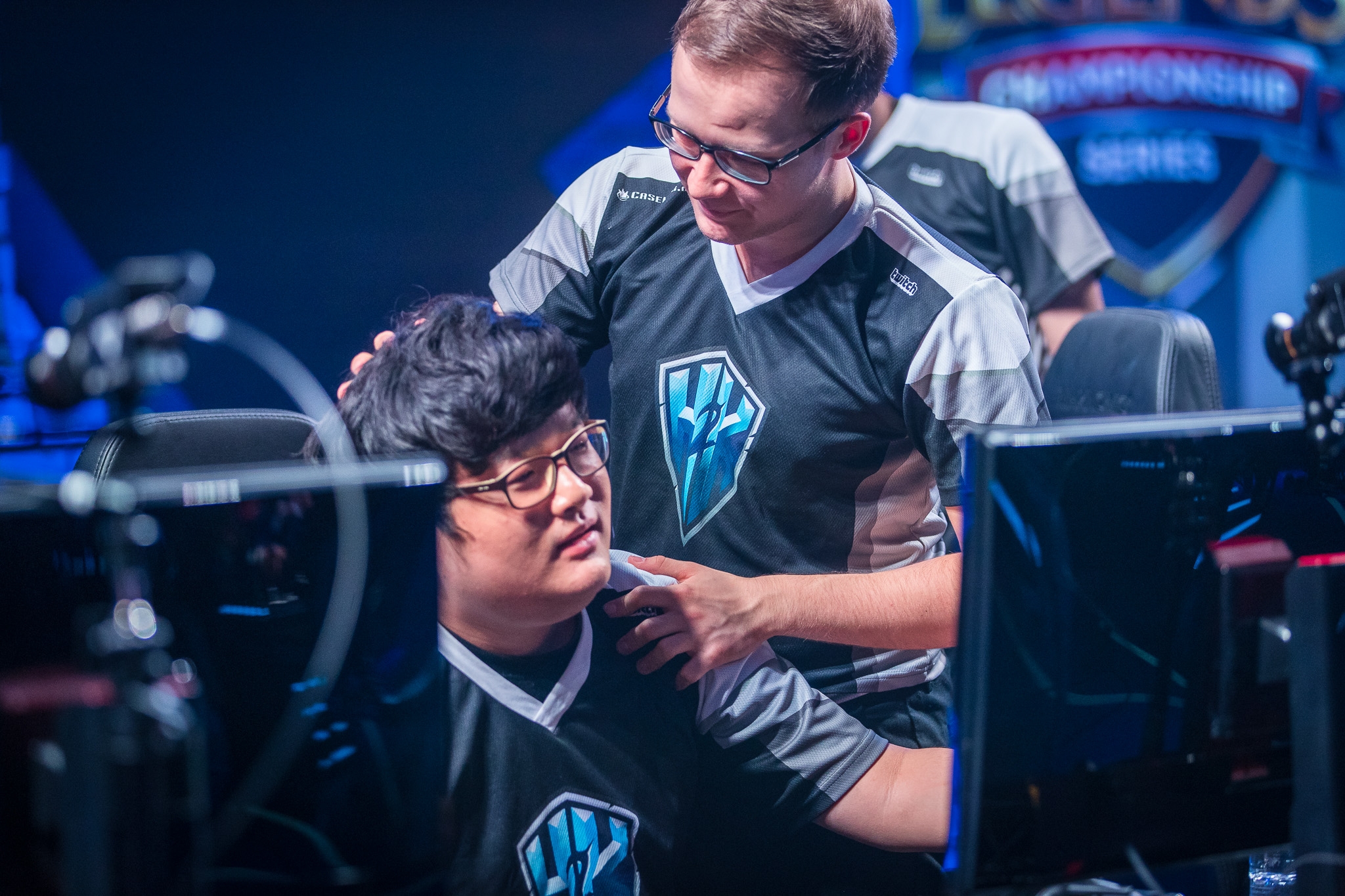 Eugene “Pobelter” Park first team he played on was called Jaypac and friends. Eugene loved MapleStory and dabbled in Dota with 300+ ping on a private European server. Park’s friends from MapleStory spoke about League and P.O.B. applied to be in the beta. Thankyou Riot for letting him in.

Liquid112 a support player seen potential in Pobelter and rescued him from Jaypac and friends to play alongside him at MLG Raleigh 2011. They finished 4th out of 4 participants, but the 14 yr old Pobelter only started writing the words on the page. This short clip shows how young he was at the event.

Credit to Dyrus you can see more at his YouTube channel .youtube.com/user/TSirDiesAlot

2011 was a different time for league it didn’t draw the crowds. League was still in its infancy ,and played a backseat to these games; Starcraft2, halo, and black ops at MLG. The setup for the event was 20 PCs 5 on each side that formed a square with a league of legends banner in the middle the crowd watched over the players shoulders. The recap for the event only included 5 minutes of league in an hour long of footage.

The Jester mentioned Hotshotgg from CLG, The Oddone from TSM, and Pobelter from Curse. 1:28 to the end for the Pobelter part.

It was Pobelter’s first LAN event and he was already being mentioned alongside two of the greats of the era. A 14 yr prodigy ranked number one on the NA solo-queue ladder, and at the time it was the most competitive ladder. Unrealistic expectations of what he could become was not unexpected.

One of his highlights in his young career was facing Moscow 5 at IPL 5 one of the most historic events in League of legends esports history. At this time his team called Meat playground, and he was in ELO hell. Nk INC the jungler was the second best player on the team yeh who? No one else on this team ever was even somewhat known. Meat playground did end up beating Team fear 2-0 in a b03.Team fear may had a few players you heard of Mancloud, Aphromoo, Xsmithy, and Zuna.

This was one of the last big tournaments before the LCS started and young talents like Pobelter were to young to compete in. This rule didn’t just affect P.O.B. but Altec as well. The impact financially had to be real as salaries were lower across the board. For 6 months he was apart of Curse Academy along with Altec and the suspended IWillDominate this was by far one of the strongest challenger teams in the inaugural NACS season.

Pobelter is now 16 yrs old and knows in 5 more months he will be old enough to compete in season 4 of LCS in November he thinks Curse is the team he will be competing with ,but less then 2 weeks later he is searching for a new team to make his dream come true. Krepo and Evil Genius’s recruited Probelter to be their new midlaner and would be his home for his first season. In the second year of the league Pobelter was finally in the LCS. The team faltered and struggled finishing 7th in both splits ,but winning relegation matches agaisnt C9 temptest and Team Coast. The team would change its name to Winterfox in spring 2015 ,but face the same fate, but this time they weren’t as lucky. Pobelter was out of the league after 3 splits ,but it was probably the best thing that could happen. CLG was looking for a midlaner and Summer split was a time to remember. The 14 yr old Eugene Park could never imagined playing league of legends at Madison Square Garden.

He earned his first ticket to worlds.

A few chapters are written ,but the Pobelter story is far from the last page. His next chapter is with the Immortals with Huni, Reingover, Wildturtle, and Adrian.

you can find me on twitter @jetslove81 Jeremy Wolfe Ne0Jets