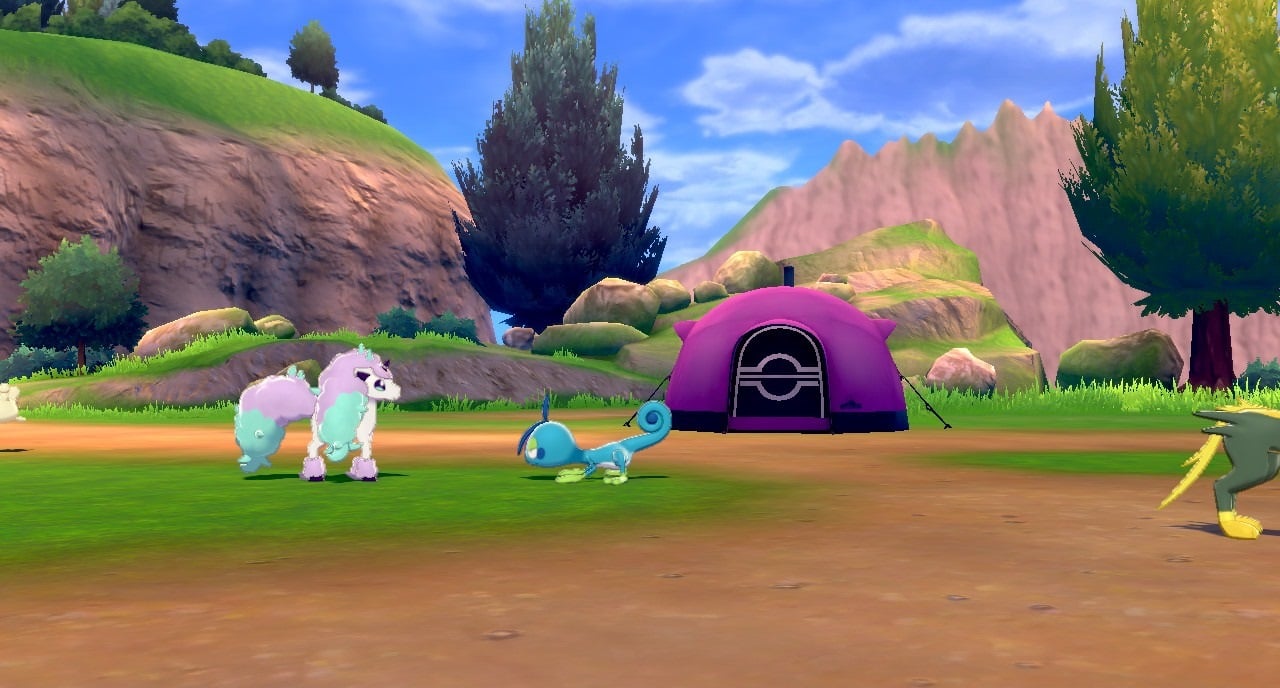 Some Pokémon can only evolve when they have max Friendship or Happiness. Pokémon Sword and Shield offer a fast, yet somewhat tedious, way to quickly reach maximum Friendship.

Pokémon Camp, like Pokémon Amie, will quickly increase the Friendship stat of your Pokémon.

Friendship is a secret stat that’s been present in the Pokémon games since the early generations. Added in Generation Two with Silver, Gold, and Crystal, several Pokémon could only evolve with certain Friendship conditions. Friendship and Happiness are the same stat, according to Bulbapedia. They have other names in previous generations, like Friendliness, Tameness, and Loyalty, but they all measure the same thing.

If you want to get down to the numbers, Friendship is on a zero to 250 scale. Pokémon that require high Friendship to evolve need to have a value of 220 or higher before they’ll evolve.

In Sword and Shield, this Friendship Checker is located in Hammerlocke. Go to the right of the central Pokémon Center. It’s the young blonde child in the first house after the street.

How to get max Friendship fast

If you’re eager to get an Umbreon on your team and want to maximize your Friendship with your Eevee quickly, set up camp and be ready to cook some curry. It’s going to take a lot of A-button mashing on your Switch and you’ll find it boring, but your efforts will pay off.

Consider giving your desired Pokémon the Soothe Bell first to maximize the effect and spare your thumb some pain. If you don’t have the Soothe Bell, it can be found in the house to the right of the central Pokémon Center in Hammerlocke where the Friendship Checker lives. Talk to the woman by the fireplace and she’ll give you the Soothe Bell.

With or without the Soothe Bell, make sure your Pokémon is in your party and open Pokémon Camp from the menu. Call your Pokémon to you and play with it.

Play with your Pokémon until it gets that music note over its head and does its little happy dance three times. From there, it won’t want to play anymore. If you speak to it, it’ll tell you it’s hungry. Open the camping menu and begin cooking.

Keep alternating between playing with your Pokémon and cooking. Ideally, you’ll play with them three times and cook for them twice with at least a silver quality meal. If you get lower than silver, you’ll need to continue the process.

After you’ve finished playing and cooking for your Pokémon, exit the camp. If your Pokémon is lower-leveled, it should automatically level up from all of that playtime and food. Your Pokémon will evolve after the experience is distributed.

This process may seem tedious, but it’s better than previous methods in earlier games, like riding in circles with your Pokémon in your party for hours. Pokémon Camp made the process faster and more efficient.

Pokémon Sword and Shield are out now for the Nintendo Switch. Enjoy playing with and cooking for your Pokémon. Even if you don’t want to evolve them, the new mechanics are enjoyable and charming.