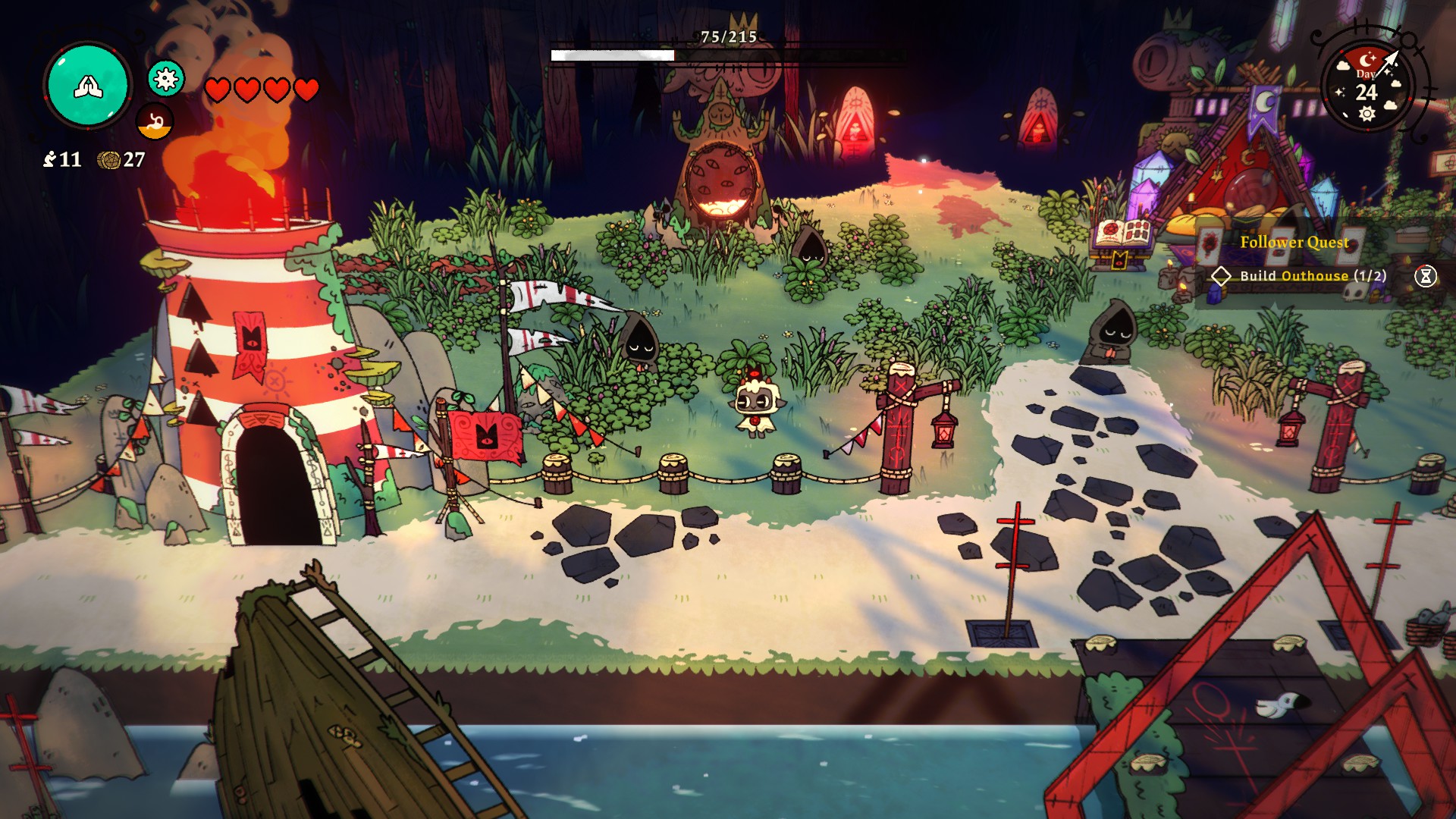 Cult of the Lamb takes place in a unique forest, where animals are either running for their lives or joining up with the latest hit cult.

As the leader of one of these cults, the player will need to explore every inch of the world in order to help the animals and recruit them to your cause. One of the groups you can recruit will be found in the lighthouse in Pilgrim’s Passage after you help them.

Here’s all you need to know about how to fix the lighthouse in Cult of the Lamb.

How to fix the lighthouse in Cult of the Lamb

To unlock the lighthouse, you’ll first need to find Pilgrim’s Passage by talking to the Fisherman on one of your Crusades. He’ll appear randomly and be fishing in a lake. Interact with him and he’ll unlock the path to the new location. Once there, head to the left side of the area and into the lighthouse that’s not currently lit.

Talk to the main cultist and hear why their lighthouse isn’t working. After that, you can approach the furnace to realize that there is no fuel inside of it. Come back with 15 logs and put them into the furnace to relight the lighthouse. Once lit, the cultists will pledge their allegiance to you and a new totem will fall from the sky from which you can earn devotion.

Once the lighthouse is shining again, it will immediately bring other cultists that are on a pilgrimage. There will also be two new traders that show up in Pilgrim’s Passage from then on, offering different decorations for your commune back home. The player can use gold coins to trade for these.

After completing the first part of the lighthouse quest, the lighthouse keeper will ask the player to go search for 25 Crystals and bring them back to the lighthouse. The player will need to unlock and explore the third area, Anchordeep, in order to find the crystals required for this mission. That being said, they don’t readily spawn so the player will have to do some considerable searching for them.

Once you’ve completed a few runs through Anchordeep, you should have enough Crystals to take to the Lighthouse keeper. When the player gives them the Crystals, they’ll be awarded a new follower form they can redeem at their home commune.

That’s all you need to know about how to fix the lighthouse in Cult of the Lamb.