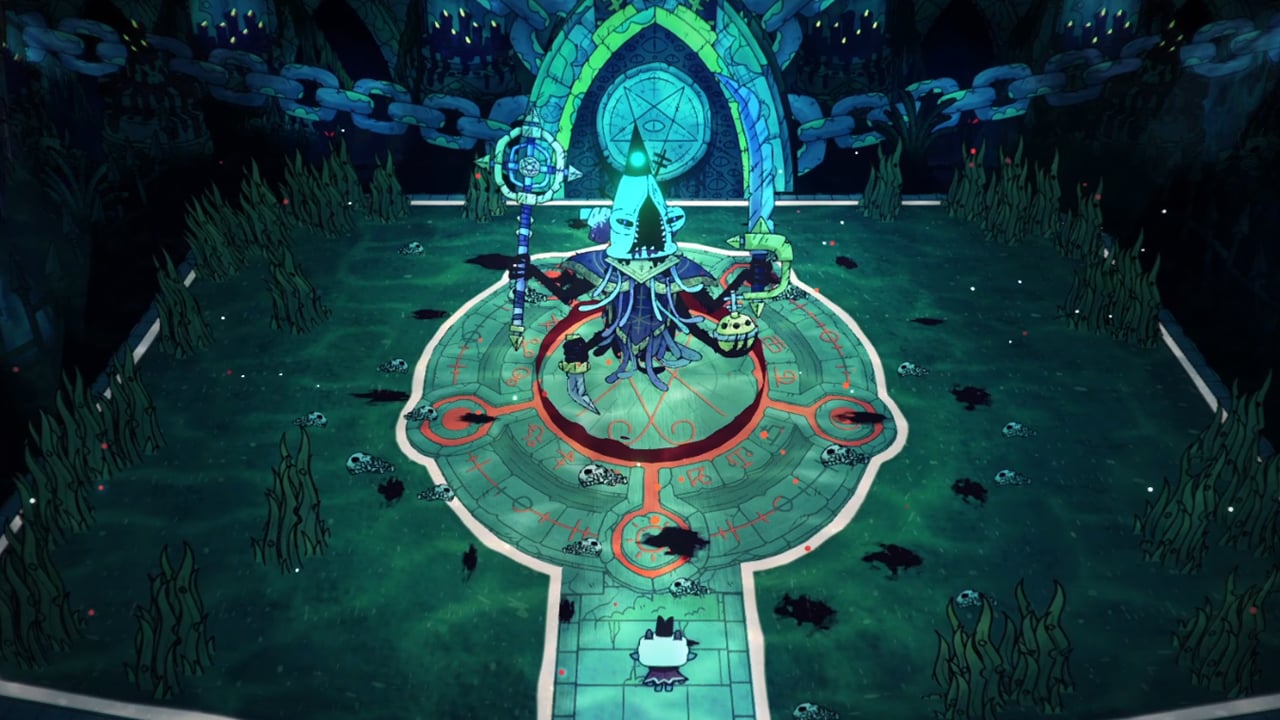 As you head through Cult of the Lamb, you’re going to need to take out the Four Bishops, and part of that is dealing with the third, Kallamar.

Kallamar has similarities to other bosses in the game, but given its unique move set, it offers its own unique challenges that you won’t find elsewhere in the game.

The difficulty of this fight comes from two factors: the variety of moves at Kallamar’s disposal and the number of mobs that show up during the fight. Here are some of our tips for beating Kallamar without taking any damage.

How to beat Kallamar without taking damage

Kallamar is one of the more difficult bosses to face in Cult of the Lamb.

To defeat this boss without taking damage, you’ll want to maintain your distance until you see an opening and manage the mobs around your location so that you aren’t getting cornered. Once you know how each of Kallamar’s attacks works, you can more easily pick your opening for attacks.

Many of Kallamar’s attacks will see them shoot balls of energy in different formations. These can come as a cone-shaped beam that follows your location, a wave of randomly distributes shots, and high-velocity rings that quickly fire in your direction. After each of these attacks is completed, you’ll have an opportunity to roll in and deal quick damage to Kallamar.

To avoid the cone-shaped barrage, simply continue circling around Kallamar and eventually it will stop. If you are able to avoid other mobs, you should survive this without taking damage.

For the randomly fired shots, simply maintain your distance and look for a location with the least amount of objects so you can avoid damage. If you find yourself in a sticky situation, you can roll through these objects, but if your roll completes underneath one, you will still take damage.

The third energy attack is the fast-paced rings hurled in your direction. All you need to do here is again keep circling Kallamar to avoid them and you can also roll through them if need be.

Kallamar has a single melee attack that you can recognize once the boss lifts its sword. At this time, you will be chased down, but if you are able to move behind or roll out of the way of the strike, this is the perfect time to get in a few hits of damage before Kalalmar retreats to a distance.

Once you reach the second phase of Kallamar’s attacks, the formation of these energy attacks will become more clear and you can easily avoid them by maintaining your distance so that you can see the gaps in the attack.

In addition, in phase two, Kallamar will use multiple attacks in succession, so be careful to wait until the attack is over before heading in to deal damage.

By keeping in mind all of these moves and managing the small enemies around the arena during the fight, you should have the best chance to avoid taking damage when fighting Kallamar.