There’s been no shortage of good games. 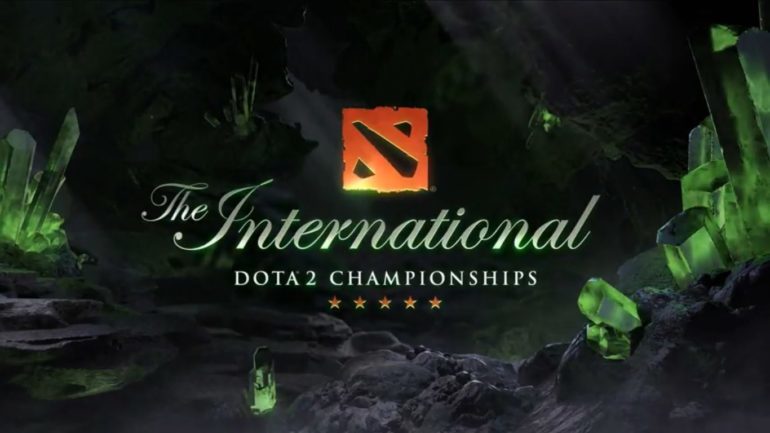 Dota 2’s The International has come a long way from its rough iteration at Gamescon in Cologne, Germany in 2011 where barely half the heroes were available. Now, we’re less than two weeks away from the biggest prize pool in esports history, again.

Here’s the best game from every single TI to get you hyped for the ninth edition of The International, which starts on Aug. 15.

We’ll start off with something that’s not a game?

OK guys, hear us out. We loved TI1 and it was an amazing showcase then, but the tournament is really dated and simply not the best showcase of what the game is. Everything is very rough and in beta, and games mostly went to whoever picked the best heroes every match.

Plus, it was just Na’VI picking Mirana or Weaver for Alexander “XBOCT” Dashkevich and winning pretty much every match. But if you truly, truly wanted to understand what TI1’s impact was on esports, you have to watch Free to Play. It’s undoubtedly one of the best things to come out of the event.

Valve’s focus on story is legendary. For Dota 2, Valve took an outside of the box approach. A whole new dimension of storytelling opened up with professional video game players. The focus shifted onto the players behind the heroes—their personalities, their trials and tribulations, and their legends in the making.

Valve has since produced numerous behind-the-scenes looks at the game’s pros, from series such as True Sight and the TI player profiles. These videos help sell the personal aspect of esports and showed that Valve knew players’ stories were worth telling.

Even if you have absolutely zero interest in Dota 2, esports, or video games, Free to Play deserves a watch. As a documentary, it’s top class. As an esports story, it’s unparalleled.

If you really want to watch a glimpse of TI1, here are the highlights of the grand final. Na’Vi dropped their only game the entire tournament because they wanted to play Pudge in game one.

Many of you might be expecting The Play here. It’s an inspired play accompanied by legendary commentary, but the game itself was pretty stompy in favor of Na’Vi. The best of the tournament belongs to a group stage game played between European squad CLG and then Southeast Asian Juggernauts, Team Zenith.

Team Zenith actually entered TI2 as one of the favorites to win the whole thing after they dominated Eastern tournaments for the entire year. They also had legendary carry player Jonathan “Loda” Berg play offlane, and legendary offlane player Daryl “iceiceice” Koh playing carry, because why not?

Alas, they only achieved fifth place, but they did play this banger of a game in the group stage. In this match, where you’ll see numerous legendary names, buybacks were traded back and forth and teamfights swung incessantly between the two squads. Zenith also executed teamfights exceedingly well, pulling out a win in the end.

The Miracle- you see in this video isn’t Amer “Miracle-” Al-Barkawi, but rather Jesper “Mirakel” Nyhlén’s alternate ID.

If TI1 was a Na’Vi exercise in dominance, TI3’s story was indubitably Alliance’s to tell.

Alliance crushed every team on their way to the grand finals on the strength of their drafting and understanding of the game. Dropping only one game to Xu “Burning” Zhilei’s fabled Anti-Mage, they entered the grand finals with tons of confidence.

But Na’Vi were in their third TI grand final. Dispatching opponents with high individual skill and fountain hooks, Clement “Puppey” Ivanov’s inspired drafting brought them to one of the most epic TI finals of all time.

Ah, Cloud9. Their players remain fan favorites to this day and all capable of showcasing a ridiculous amount of skill. Plus, they were known for spectacular comebacks and making games way harder than necessary, like this three hour and 20 minute game against a tier-three team that launched Owen “ODPixel” Davies’ meteoric casting career. Why watch The Avengers when you can watch Jacky “EternaLEnVy” Mao throw a game?

This game vs. Vici Gaming was a very different C9, though. A ballsy Meepo pick into five heroes with AOE control? Teamfight execution on par to defeat the eventual TI runners-up? Ridiculous play after play after Vici’s early dominance? A teamfight where they willingly gave up a set of barracks in order to dominate the ensuing battle? Simply sublime.

Well, Cloud9’s back at it again.

If you’ve ever wondered why EnVy remains one of the most popular players in the game, it’s that no matter where he goes or who he plays with, he seems to be involved in some of the most entertaining games in Dota 2.

A game that was in favor of C9 to the tune of 30,000 gold evaporated when two of the best rapier heroes in the game, Gyrocopter and Ember Spirit, literally took things into their own hands.

TI6: EHOME vs. Evil Geniuses, game one (UB round two)

Oh OK, we do? This was a grueling back-and-forth game with multiple lead changes and amazing, frenetic teamfights that eventually led to a comeback.

Not enough? How about…

TI7’s grand finals were probably more well-known for its clean sweep rather than the games. Newbee put up a decent fight, especially in the third game, but Liquid were clearly the superior team.

Liquid’s battle against LFY in the lower bracket finals, however, was a whole different story. The series had constant back-and-forth action between both teams, and if any team dominated the early game, the other was sure to answer back. It was like watching a beautiful, deadly dance between two juggernauts, so much so that many regarded the series as the true finals of TI7.

While game one was possibly the best, displaying immense individual skill and team play on both sides and clearly cementing Liquid’s obsession with Force Staves as the correct decision, the entire series really deserves a watch. Game two might have been a bit stompy in favor of Liquid, but game three was also ridiculous in a lot of good ways.

OG’s fairytale TI8 run is already legendary. But the most nail-biting game they played wasn’t in the grand finals. It was their initial showdown against PSG.LGD in the upper bracket finals.

OG had cleaned out the upper bracket, despite many doubters predicting OG to run out of steam way beforehand. Instead of screeching to a halt, they persevered. And really, no other game showcased their intelligent game decisions and impeccable understanding of their heroes.

Practically every player in the game was on one of their signature heroes, most of all Anathan “ana” Pham’s Spectre and Topias “Topson” Taavitsainen’s Arc Warden. OG’s ridiculous defense of the throne to turn it around remains one of the most exciting moments from a Dota 2 match.

By the way, OG managed to secure the victory because of a fortuitous Arcane Rune coupled with Pugna’s level 25 talent that increased his Nether Blast damage, hereby increasing his structural damage output. Captain Johan “N0tail” Sundstein’s insistent pings meant that the rune went to Pugna instead of the Earthshaker, and as they say, the rest is history.