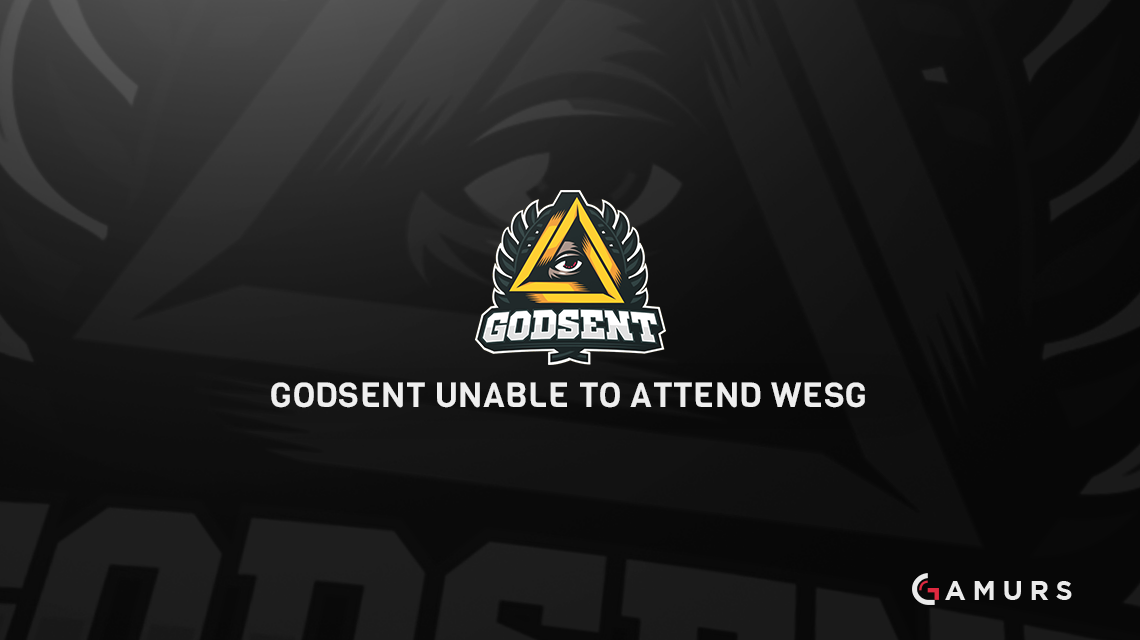 The Swedish team, comprised mostly of ex-Fnatic members, announced to WESG that they will be unable to attend the $1,500,000 Changzhou, China tournament.

WESG released a full announcement on this, stating that GODSENT did not give them any specific reason for why they were unable to attend the event. However, this isn’t the first time GODSENT has been unable to attend an event.

Statement about WESG will come later today, there is always a reason.

Back in October, GODSENT was replaced by Flipsid3 Tactics at the iBUYPOWER tournament due to “unforeseen circumstances.” Further back in August, they were replaced by Team X (now Heroic) at Northern Arena when they were forced to drop out for reasons “they cannot control.”

GODSENT was a part of Group C, along with Space Soldiers and Kinguin. Without GODSENT, Group C has the following five teams:

What do you think about GODSENT missing another event? Tell us by commenting below or tweeting us @GAMURScom.