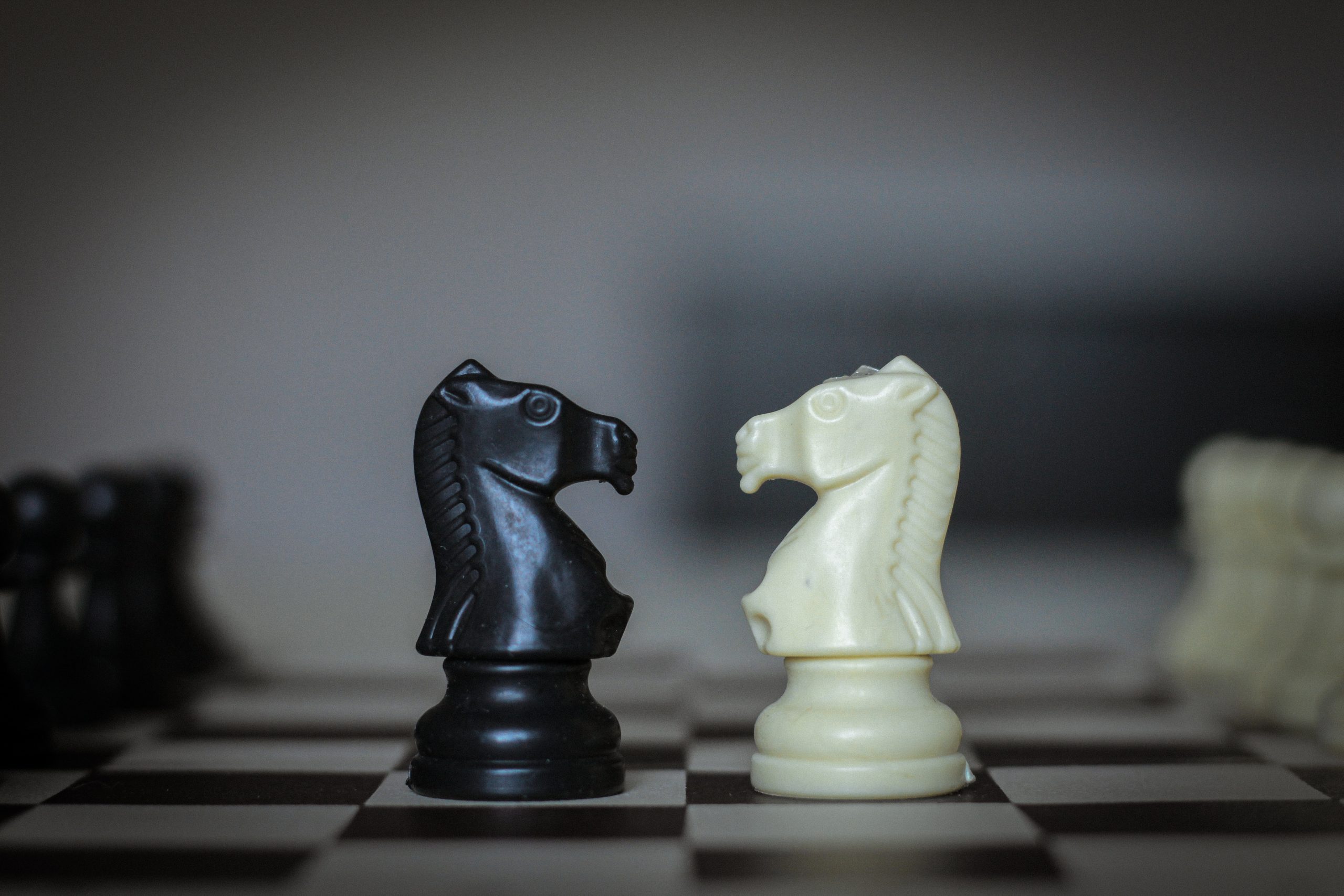 Smothered mate is a special kind of checkmate that is delivered by a lone knight. To make it work, the enemy king has to be absolutely boxed in with no flight square available to him. Often, it takes a spectacular sacrifice to set it up, and it is a memorable way to close out a game of chess.

Smothered mates occur when the king is completely cut off in every direction by their own pieces, blocked entirely from moving. The only piece that can “leap over” and deliver checkmate in these situations is the knight with its unique movement pattern.

Sometimes, this can happen as early as the opening if the king gets stuck in the middle of the board with poor development patterns. Having your pieces stuck in their starting position is a pretty poor thing by itself, but in extreme scenarios, it can lead to an immediate defeat by checkmate, such as in this position that occasionally emerges from the Budapest Gambit.

Here, axb4 would be a game-ending blunder as Nd3# would be checkmate. There’s also a line in the otherwise quite quiet Caro-Kann Defense where Black falls into a nasty trap that ends the game in just seven moves:

The queen pins the e7 pawn to the king. Castling away also doesn’t guarantee your safety, as will become clear from this next example. When the king is forced into the corner and gets checkmated by the lone knight, the ensuing position is sometimes also referred to as Philidor’s mate. This is usually forced by ways of a queen sacrifice, as it was in the game below in 1990 between Jan Timman and Nigel Short:

The entire sequence is forced. After Nf7+, Kg8 is mandatory. Nh6+ is a double attack on the king, which forces it back to the corner. Then Qg8+!! has to be met by Rxg8, and White can now deliver checkmate with Nf7#: a spectacular ending to the game.

How to avoid a smothered mate

The best medicine is prevention when it comes to dealing with smothered mate threats. Giving your king a flight square is generally a good idea to begin with, and if an enemy knight and queen (and some other pieces) are beginning to converge on your position, it means it’s time to shore up your defenses and give your pieces some additional protection. If you don’t do so, you run the risk of getting mated in more ways than one, smothered or not smothered.