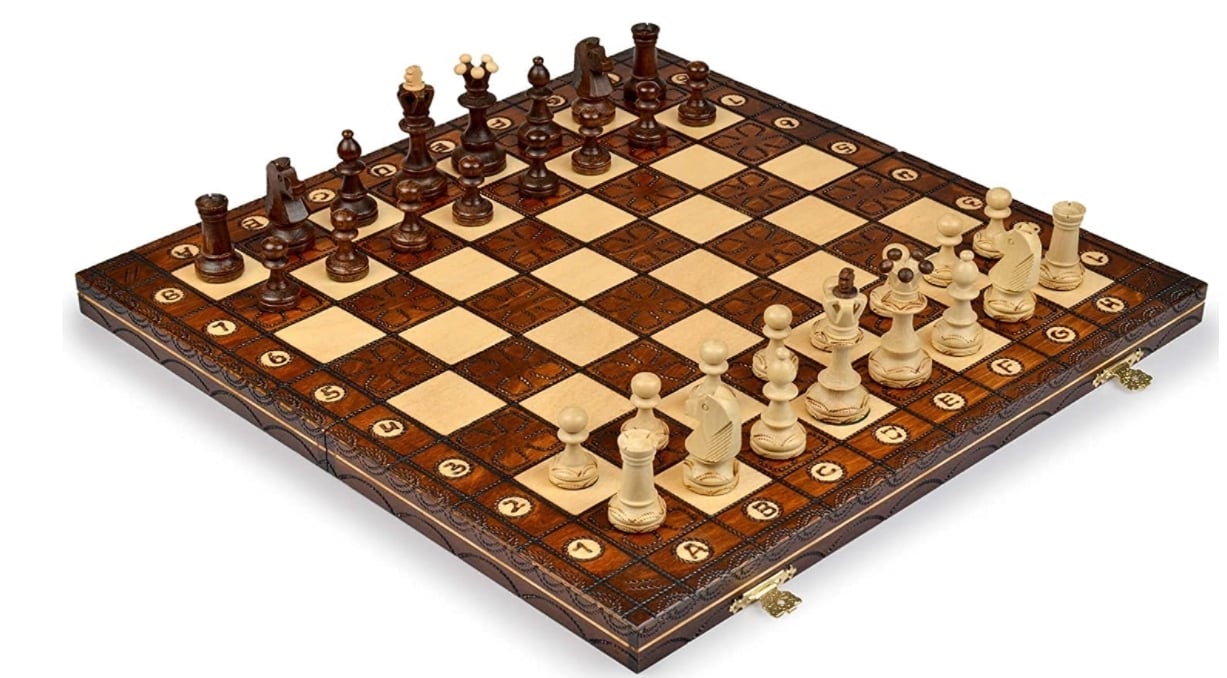 Image by Wegiel via Amazon

To make it easier to evaluate a position, there’s a rough system of scores assigned to the various chess pieces to represent their strength and value. This will help you figure out what trades are worth going for and which pieces are the most important to protect.

Chess piece values: everything you need to know

The pawn is the basic unit and is worth one point. Knights and bishops (the “minor pieces”) are both worth three, though whether they are truly equal has long been a point of debate in the chess community. Their strengths and weaknesses are very different, and they perform much better or worse depending on the type of board position.

Bishops excel when there are open diagonals and lots of space to work with, while knights benefit from closed positions where their unique L-shaped movement and ability to hop over other pieces make them extra powerful.

Rooks are next on the list with a value of five points, and the queen with her incredible abilities adds up to a whopping nine on her own. The king, though it is the most important piece of all, has no such value, since its loss means the immediate end of the game.

Relative value: everything is possible

This is just a rough estimate and though it is a good starting point for evaluating any given position, sometimes certain pieces can get much stronger or weaker than their nominal value depending on the position. For example, here’s a rook that definitely isn’t worth five points:

And here is Garry Kasparov’s famous “octo-knight” that won him a world championship title, doing much more on the board than a measly three-point value would suggest:

Computer analysis also relies on these basic values. In fact, traditional engines like Stockfish were always “taught” by humans inputting the piece values to start things out. The latest neural network-based engines and builds figured it all out from scratch. They didn’t exactly reinvent the wheel, but their better understanding of relative values often allows them to spot more dynamic play options that previous computer analysis tools may have missed.

Just because the points value of two-piece combinations is equal, it doesn’t necessarily mean that they are of the same strength. A classic example of this is pitting a rook and a pawn (six points) against a bishop and a knight: it turns out that the flexibility and mobility of the two minor pieces are almost always more valuable.

Similarly, having a minor piece over three pawns is often preferable. Though the pawns might get out of control and run up the board in an endgame, getting to that stage of the match without losing any of them to the knight or the bishop can be quite challenging.

Finally, there’s the standoff between a queen and two rooks: one is technically worth nine points and the other 10, but the rest of the board position makes a huge difference in deciding between these two. If there are lots of pawns and loose pieces to pick up, or an unguarded king to harass and check around, the queen will be better. Otherwise, the two rooks can team up to great effect.