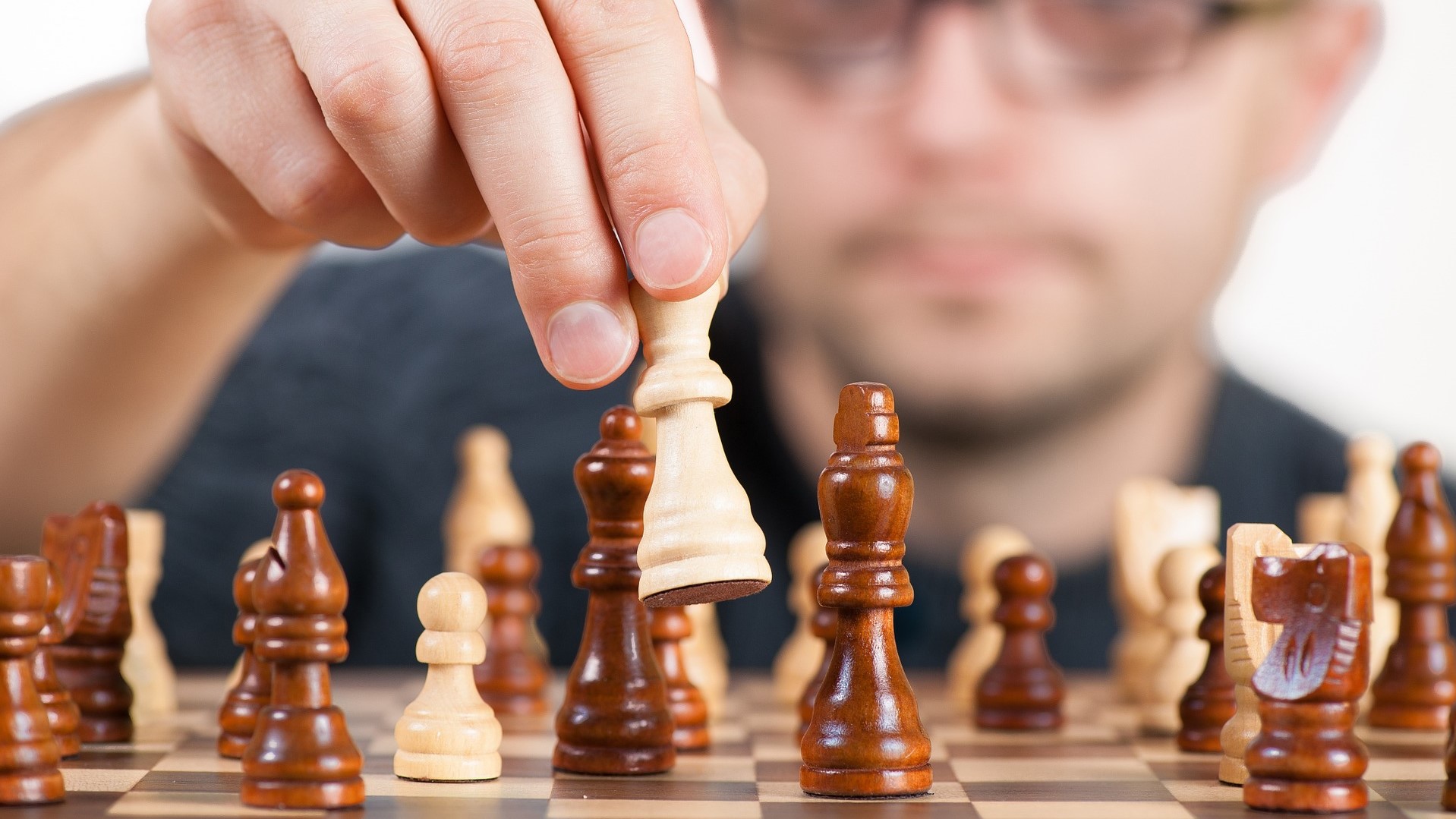 Though you can’t exactly make a tier list of top chess moves (and the game would not have kept our interest for thousands of years if it were that easy to figure out), there are certain plans and principles that are definitely worth keeping in mind. You can’t go wrong by focusing on taking key squares and mobilizing your pieces.

Pawn moves in the center

The squares in the middle of the board (e4, e5, d4, and d5) are the most valuable in the game. Just like in the world of real estate, it’s all about location, location, location: the center often holds the key to getting an advantage in the game of chess, and gaining this bit of space for yourself can lead to a crushing edge.

This is why most openings revolve around a pitched battle for these squares as both players try to push their pawns into these vital positions. Any time you get a chance to do so safely, you will most likely get an edge over your opponent by doing so.

Gotta get your pieces outta there. No battles are won by passive reservists, and clogging up your back rank with knights and bishops as you keep moving the same two pieces back and forth higher up on the field is a great and reliable way to lose.

There’s a reason why it’s a good rule of thumb to only move a piece once in the opening. Most of the time, you’re better off developing its comrades to an active square. Chess games are a team effort: you won’t take down your opponent with just the single knight, no matter how tricky its moves are. You’re also very susceptible to tactics like forks and pins if you don’t develop all your pieces early on. Your army won’t win the battle from the comfort of their tent.

You need to keep your king safe. His Majesty is not particularly comfortable in the middle of the board, which is why it’s so important to castle as soon as possible. Kings stuck in their starting square are the leading cause of early defeats. This ties into the previous point as well: if you neglect to develop your pieces, your king won’t have the room to castle.

Castling won’t win you the game by itself, but it will help to make sure that you won’t lose early on. It’s no surprise that almost all high-level games (with a few specific exceptions related to tangible opening theory) feature castled kings on both sides.

Once you’re done castling, you should still take care to provide your king with an escape square. This is why moves like h3 and h6 are often crucial: taking the time to avoid any back-rank mate shenanigans will make your life so much easier when it comes to skirmishes elsewhere on the board.

Greed is good. (Except when it isn’t.) Having more pieces than your opponent is a great way to win a chess game: once you trade off the rest of them, you’ll have the last man standing and they will have nothing to work with. This is why finding any ways to gain a material advantage, even just a single pawn, is crucial.

On lower levels of play, your opponents will be very obliging and will regularly provide free offerings for you. (Indeed, not doing that yourself will greatly increase your rating.) There are also forks and other tactics that will help you pick up a piece or two. Practicing with tactics trainers will help you better spot those in live game scenarios.

Moves that gain an advantage in space

Spatial advantage is underappreciated by beginner chess players, but in a way, it’s like high blood pressure: it won’t kill your opponent by itself, but it will exacerbate any other issues they may have in the position. Eventually, something tangible will pop up that will let you finish them off in style.

Pushing them back and sending your pawns forward to grab territory will make it difficult for them to make use of their pieces. As you may attest from your own experience, shuffling rooks and bishops around in a confined position is an incredibly uncomfortable feeling. The key here is to avoid trading off pieces if you’re the one with the extra space: by making things less crowded, you’re giving up your own advantage.