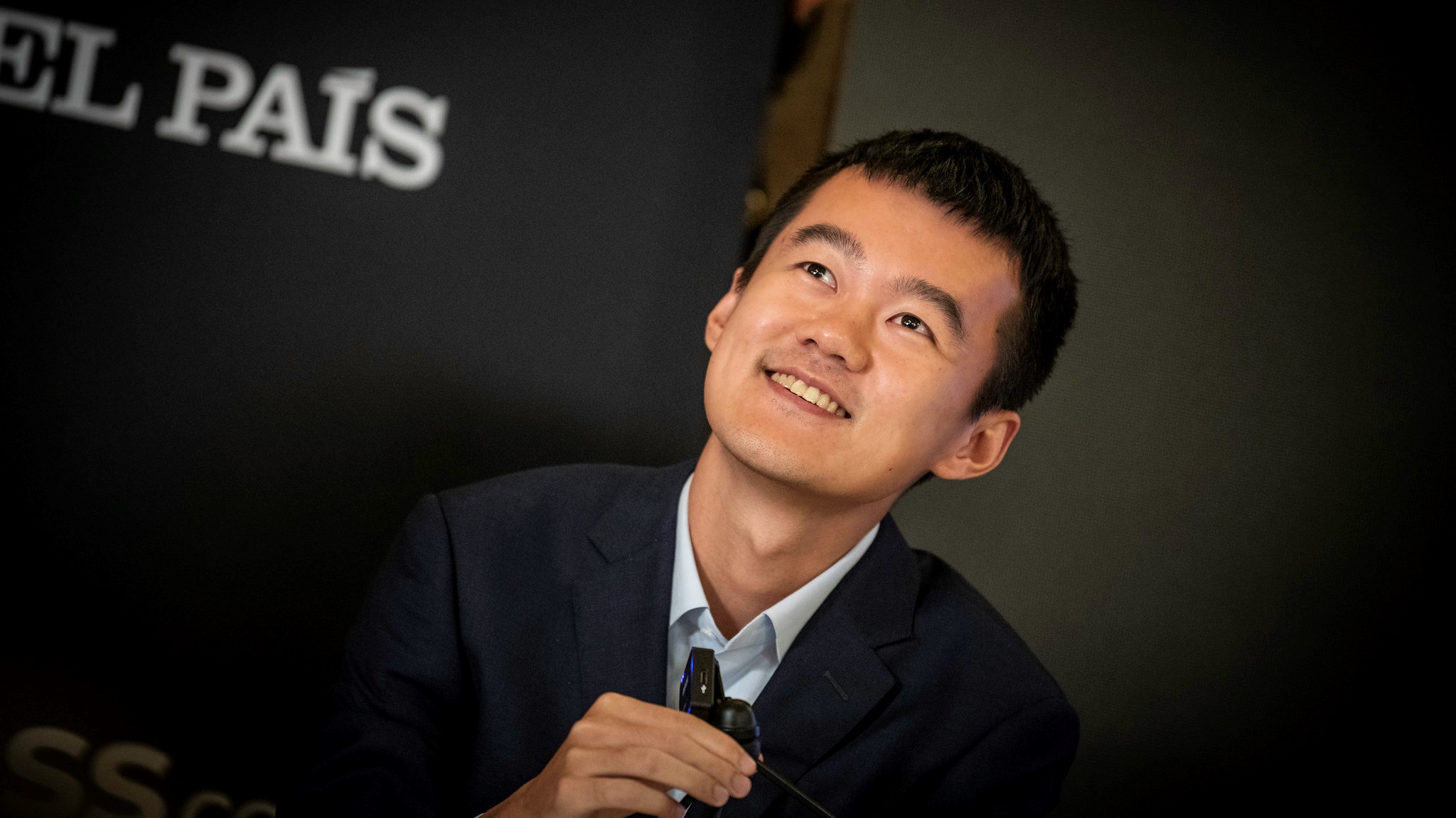 Photo by David Llada via FIDE

The whole chess world had its eyes on Madrid for the last couple of weeks as the next challenger for the world championship title was decided in a grueling and exciting tournament. Normally, this winner-take-all affair becomes a bit of a procession once the winner is determined, but that was not quite the case this time since all the uncertainty swirling around Magnus Carlsen (and whether he will defend his title at all) made a second-place finish potentially quite valuable.

This added a lot of intrigue to the tail end of the event, even to the players who no longer had a realistic chance to catch up to first place. To make the Candidates Tournament more appealing to fans, this should be made a feature, not a bug: offer something tangible to the runner-up and the reward will be a whole lot more excitement and higher-quality games in the final rounds. An automatic invitation to the next Candidates Tournament is a worthy reward—and as we’ve seen with Teimour Radjabov’s performance this year, players will make the most of it.

Runners-up make it back anyway more often than not

Perhaps the most important foundational argument in favor of this change is that it wouldn’t actually disrupt the qualification process too much—if anything, it may help it. The loser of the world championship match already gets an automatic invite, so there’s a valid precedent here. More importantly, a look through previous Candidates Tournaments of the modern era shows that the second-best player already makes it back to the field more often than not.

In 2016, Sergey Karjakin beat out Fabiano Caruana, who ended up winning the 2018 Candidates outright. We saw the same story in 2014 when Karjakin finished second behind Viswanathan Anand. The third-place finisher that year was Vladimir Kramnik, who was infamously beaten to the punch by Carlsen in 2013 in dramatic circumstances. All of these players were worthy Candidates players the next time around as well, performing strongly and making a credible challenge.

To be sure, the previous two Candidates Tournaments bucked this trend, but a closer examination of them shows that this is likely the exception rather than the norm: Maxime Vachier-Lagrave was drafted as a last-minute replacement of Radjabov for the 2020-21 event and Shakhriyar Mamedyarov finished one place behind the qualifier spots in the FIDE Grand Prix 2019 series.

Automatically inviting the runner-up from the past tournaments should also free up a competitive slot elsewhere in the circuit, potentially allowing new names to emerge, much like how the world champion and the previously qualified players are not allowed to participate in the Grand Prix

Sporting integrity would suggest that this slot should replace the wildcard invitation, but it’s unfortunately rather unlikely that FIDE would give up on its prerogative to do so. That isn’t to say wildcards shouldn’t be a part of the overall qualification process, and even here, there is an inspiring precedent to consider. Offering wildcard invitations to the qualifier events, like it did with Hikaru Nakamura in the Grand Prix earlier this year, could make for a great storyline should they make the most of their opportunity.

Wildcard nominees in the Candidates Tournaments themselves have horrible records in the modern era, however. There is always controversy and the results are never really there. Just take a look at the statistics:

Not one of these players finished in the top half of the eight-player bracket. It goes to show that the players who were directly seeded into the Candidates Tournament never could really compete with those who have earned their spot on sporting merit—and it is a strong argument that the system would benefit from a change.

This year’s wildcard invitation was an exception in both regards. Radjabov qualified for the 2020-21 Candidates Tournament by winning the FIDE World Cup in 2019 but chose to withdraw because of the pandemic situation. The event had to be suspended halfway through, which is why he ultimately received the wildcard spot as compensation for this year’s event.

Perhaps there is a mental aspect at play here, too. Radjabov himself did so much better when he earned his spot rather than when he just snagged an invite, and it is also quite possible that the players themselves prepare and feel differently about their participation when and if they’ve actually qualified through a meritorious pathway.

Do you remember the excitement of the 2013 Candidates Tournament? For those who got involved with chess during the pandemic times, this may sound like a reference to a prehistoric era, but trust us, the recordings are not in black-and-white and most players from the event would be recognizable to you today.

It all came down to the last round between Kramnik and Carlsen, except for the fact that they weren’t playing each other. Both players were on eight and a half points and Carlsen had the better tiebreaker score, meaning he would guarantee himself the tournament win if he could match Kramnik’s score.

Just like in the case of this year’s Candidates Tournament, the players were seated in the same hall and could keep track of each other’s games as the clocks kept ticking. Carlsen had White against Svidler while Kramnik had Black against Ivanchuk. They both went all-out for a win. Kramnik basically had to do so to have any chance while Carlsen saw this as the best way to shut down the tournament.

It all backfired spectacularly as Kramnik’s attack fell apart, but the dramatic part of the story was that Carlsen also lost control of his position against Svidler, unable to keep track of the complications in time trouble. In the end, both players ended up losing their game, which led to Carlsen’s tournament victory. Had Kramnik played for the quiet draw, modern chess history could have been very different.

Surely, we want more storylines like these instead of the quiet procession that was the final round of the 2020-21 Candidates Tournament where Nepo’s victory was already guaranteed and therefore no one had anything to play for?

Thankfully, there have already been positive steps made. The new rule of rapid tiebreaker matches instead of score-based tiebreakers to decide the winner also makes for a better experience for everyone involved and making second place matter further increases the likelihood that we get to see such high-stakes showdowns at the tail end of the tournament.

Speaking of storylines, returning players at the Candidates serve as the lynchpin of most comparisons and tales to tell by the broadcasters during the event. Are there any repeat matchups? Is the player in question having a stronger or weaker start than last time? What tendencies are there to exploit and discuss, and how has their opening preparation shifted? As interesting as newcomers and dark horses can be, there is a lot of meat on this bone too.

Putting a premium on consistency is good for competitive play

Just like the ratings-based invitation, anything that rewards consistent good performance at the highest level rather than merely spiking in one event is a boon for those interested in the best possible chess getting played. Opportunities for new faces to emerge and to reward strong one-off performances don’t have to be fully discarded, but lessening their role in the Candidates qualification process would likely lead to a stronger field, as this year’s tournament has clearly shown.

We’ve seen that having previous experience at the Candidates serves as an important tool in a player’s arsenal (the first-timers this year ended up on the bottom of the standings). Keeping those players involved for an extra cycle will inevitably lead to better chess. The mental part of the game is extremely important and it is tougher to measure by the victories at the Grand Prix and World Cup events that currently form the cornerstone of the qualification process.

The lineal world championship title is one of the most attractive parts of competitive chess and its heritage: you have to beat the champ head-on to push him off the throne. Not so long ago, the defeated champion even had the right to an automatic rematch. Even though that was definitely taking things too far, providing this sort of consolation prize would fit well into the heritage of elite-level chess.

So, what is there to dislike about this proposition? Not much, as it turns out. More familiar faces, higher-quality chess, established personalities, better storylines, and more action to enjoy—all this without having to make fundamental changes to the format. We won’t always have a world champion playing will-he-or-won’t-he during the Candidates Tournament (and no one really wants that to be the case anyway). Offering an automatic re-invitation to the runner-up would guarantee the same sort of excitement without risking much of what makes the top-level circuit so special today.