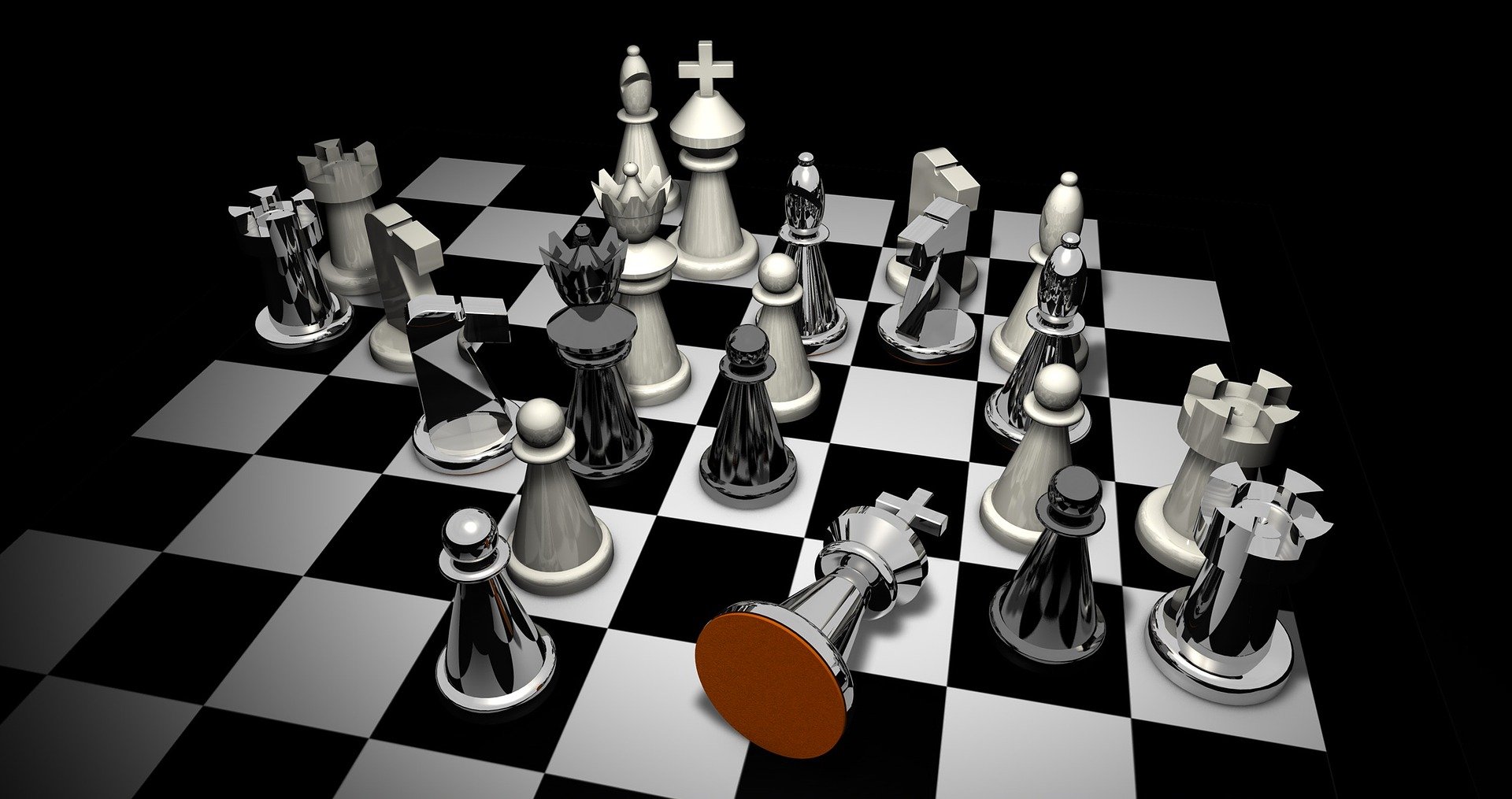 Though the ultimate goal of a chess match is to checkmate your opponent, it rarely comes down to that in practice. More often than not, one of the players will realize that the jig is up long before their king is hunted down by the opponent. Here’s how chess games typically end.

Chess really is a mating game. The only “real” conclusion is to win (or lose) the game by checkmate. This means that a king is in check and has no legal ways to get out of it. All surrounding squares are covered and there’s no capture or interposing piece ready to help out: the monarch is toast.

However, it is rare to see chess games actually play out to this point, since the writing is usually on the wall long before that point. On lower levels of play, it’s quite possible to just miss a mating threat in an otherwise winning position. Be careful not to blunder a back-rank mate or some other one-mover in a game you would easily convert otherwise.

Depending on the time controls, it’s quite possible to “flag” your opponent. This term comes from old analog chess clocks that had a little flag on the top of the hour that the clock handle would literally push out of the way and drop as the player’s time ran out.

If you are playing without increment (meaning no bonus time given per move), you can salvage any position by stalling long enough for your opponent to run out of time. Sometimes it’s a necessity, though it’s certainly not the most elegant way to win a game of chess.

This is the most common way for chess games to end. A player can always decide to just give up and stop fighting when it seems like there is no way back. At some point, someone gets such a large edge that both players recognize that it would be a waste of time to keep on battling. Devastating tactical hits like a knight fork winning a queen are often followed by resignation.

For most amateur players out there, a good rule of thumb is to just never resign. In principle, you should only give up the fight when you are 100 percent confident that your opponent will convert their advantage. In many cases, your anonymous online opponent may even struggle to deliver checkmate with a king and queen, so there’s little reason to give up. Keep making the best moves and anything is possible.

As you climb up the ladder and get better at chess, it will become more and more appropriate to bow out when the advantage becomes insurmountable. At the highest levels of play, sometimes a single pawn is enough to convince a grandmaster that the game is over.