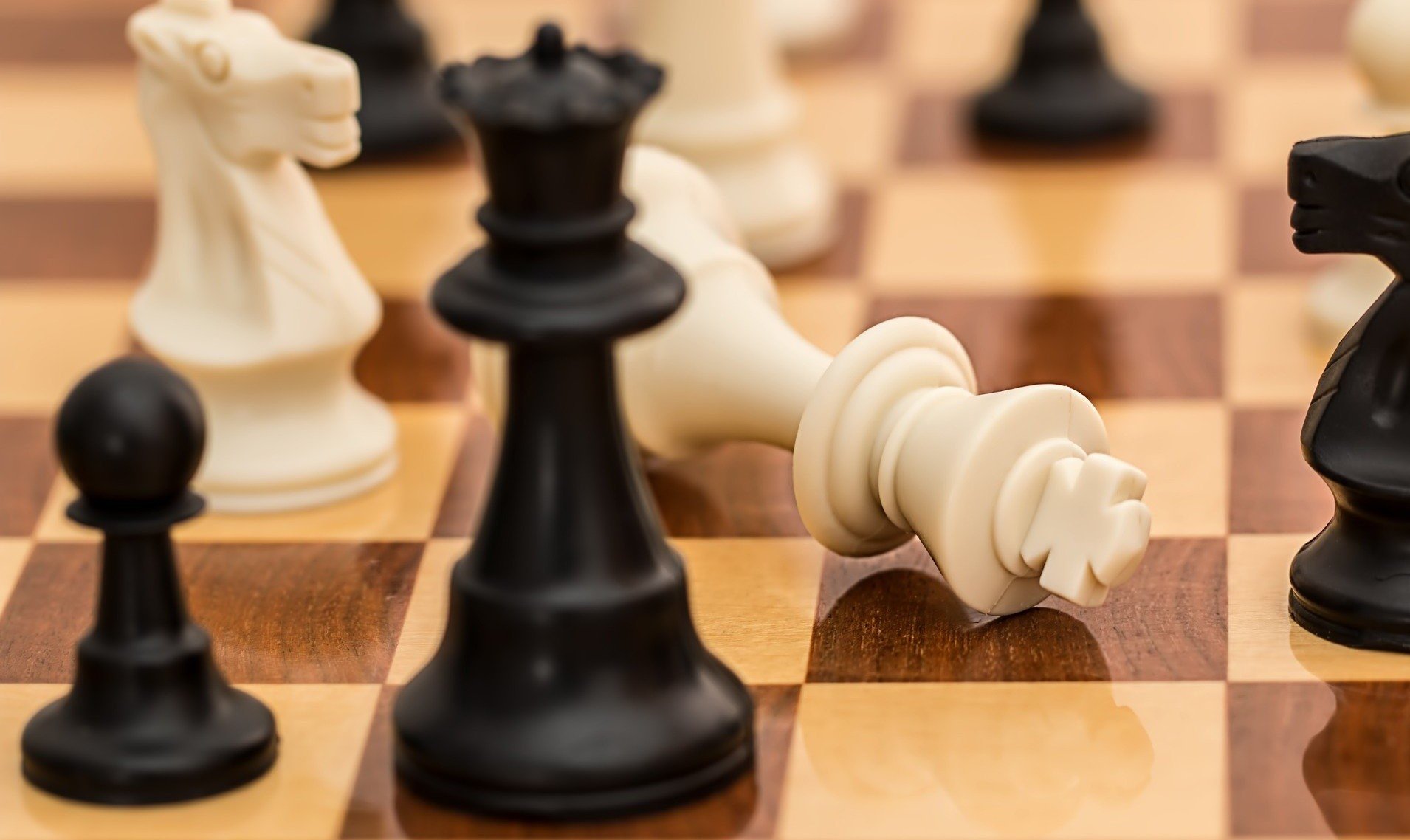 One of the basic mating patterns in a game of chess involves an empty board with just the two kings and the queen. We’ve all been there before, trading off everything else (or blundering them away) before pushing a pawn all the way to promotion. Now what? Now is the time to close out the game—which can be a bit difficult when the clock is ticking and you’re not one hundred percent sure of the proper technique. Have no fear: after reading this handy write-up, you will never mess up a king-and-queen checkmate again.

Cut off the king

You can only deliver checkmate on the side of the board where the enemy king’s potential squares of movement go down from eight to five. Otherwise, you just cannot cover everything with your own king and queen. This means that the first step is to corral the opponent into a corner. The queen is excellent at this since the enemy king cannot approach her from any direction, forcing them to step back over and over again as she gets closer, setting up a barrier in the process.

You don’t even need to check the enemy king—in fact, you don’t even want to do so as it would let your opponent escape from the box.

Don’t forget to bring your king along for the ride. His Majesty will be needed to protect the queen when she comes in to deliver the checkmating move.

There is really only one way to mess up this kind of a position: by stalemating the enemy king. (Yes, technically, you can also leave your queen hanging or run afoul of the 50-move rule, but neither of these are realistic possibilities.) Stalemate means that your opponent has no legal moves in the position but their king isn’t in check: this is a draw.

Since your position is completely winning, you can afford to be safe and careful. It would be a shame to throw away half a point after getting so close to victory. Any time your opponent’s king gets close to the corner of the board, make sure they still have a legal move after you move your queen closer.

Once the enemy king is stuck on the back rank, you don’t need to get even closer with your queen unless you’re ready to deliver checkmate: line up your king with theirs to support the operation and finish off the job.

If you really want to play it safe

The checkmating pattern with just a king and a rook is fairly similar to this one, and unlike when a queen is involved, there’s no way to stalemate your opponent’s king. You, however, also only have one specific setup to push the king back (and eventually to the checkmate, which is where the two kings stand in opposition and the heavy piece delivers checkmate from afar, like this:

You can use the exact same approach with a queen as well, negating the risk of any stalemate trap at the cost of taking a couple of extra moves to close out the game. This can, however, be worth it if you’d like to avoid the one blunder opportunity you have.