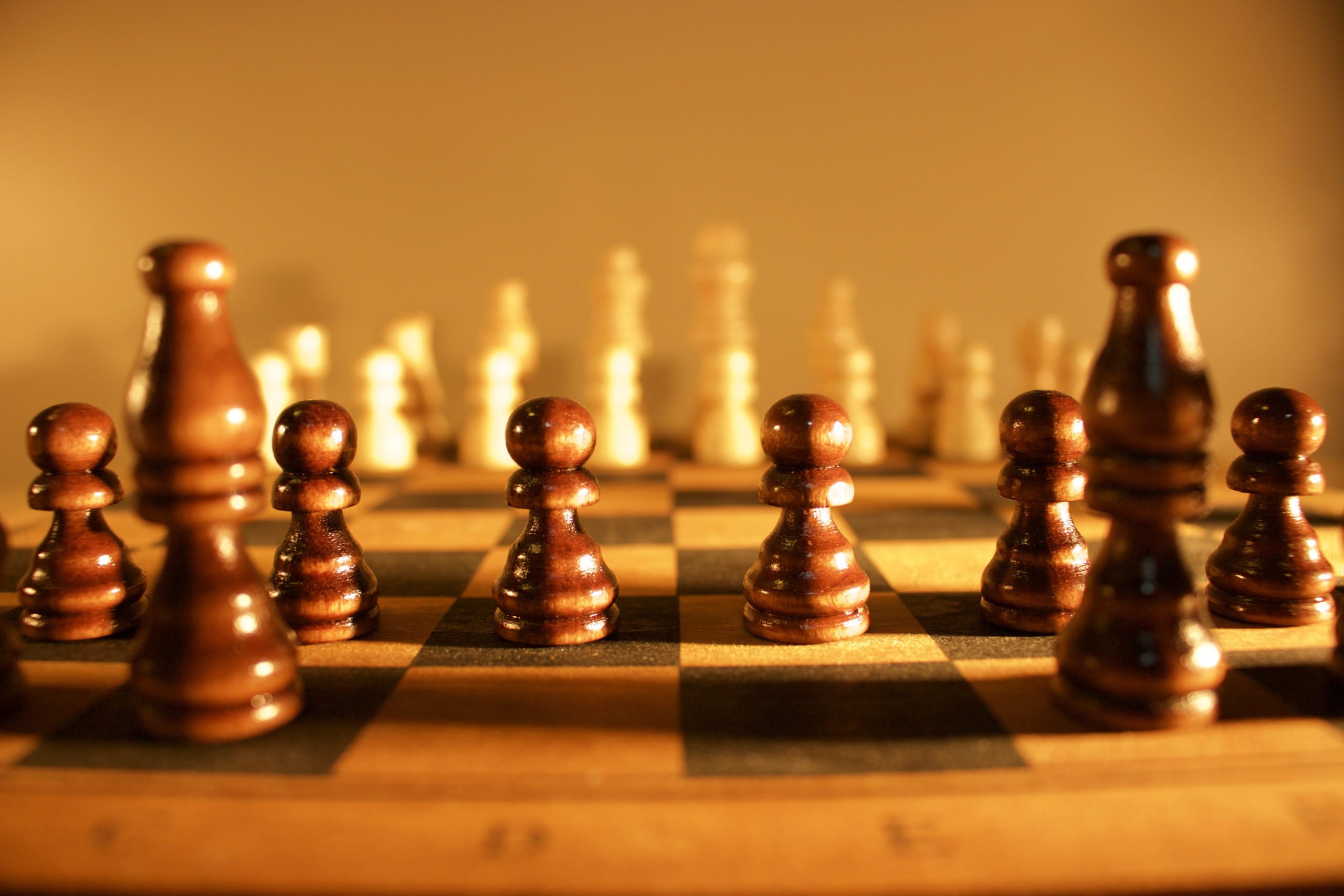 The “staircase” or “ladder” checkmate pattern is one of the easiest to figure out in the game of chess and it forms the foundation of other mating sequences when you don’t have such an overwhelming material advantage to rely upon.

What is the staircase technique in chess?

The staircase technique is a basic checkmating sequence that you can execute with two rooks against a lone king. You simply line up your rooks on one side of the board, completely cutting off the opponent’s king, then move them up one by one, side by side, leaving no row uncovered, forcing the king back with checking moves over and over again.

Sometimes this is also referred to as the “ladder mate” or the “lawnmower mate”.

It is a simple and straightforward technique that only has one little caveat to consider as you try to execute it: your opponent can try and throw one wrench into your plan by approaching your rooks with their king, threatening a capture like this:

This is a non-issue as long as you don’t accidentally make a pre-move that blunders a rook. (Even then, you still have the means to deliver an unstoppable checkmate on the board!) The easy solution, though, is to just sidestep the attack and swap your rook to the other side. The barrier still remains in place and the king can’t run over again in time.

The same checkmating idea applies when you have a queen and a rook (or even two queens) available to you. Here, you don’t even need to worry about the king’s approach because he can’t get near the queen and the rook is always defended.

Something else to keep in mind: this pattern can also emerge in more complicated positions, way before every other piece is removed from the board, like in the example below.

This is why the king always needs to stay in cover before mass exchanges are made: otherwise, he is simply too vulnerable and can be swiftly cornered in the manner depicted below. After Black plays Ne4?, threatening checkmate with Nd2+, the game ends in just two moves with Ra7+ and Rd8#.

The “ladder mate” technique should have you covered even in the tightest of time trouble situations. With just a couple of moves, you can deliver checkmate against a stubborn opponent. Next up, why not take a look at how to deliver checkmate with just a queen or just a single rook? Those are the next logical steps in figuring out your basic mating patterns.