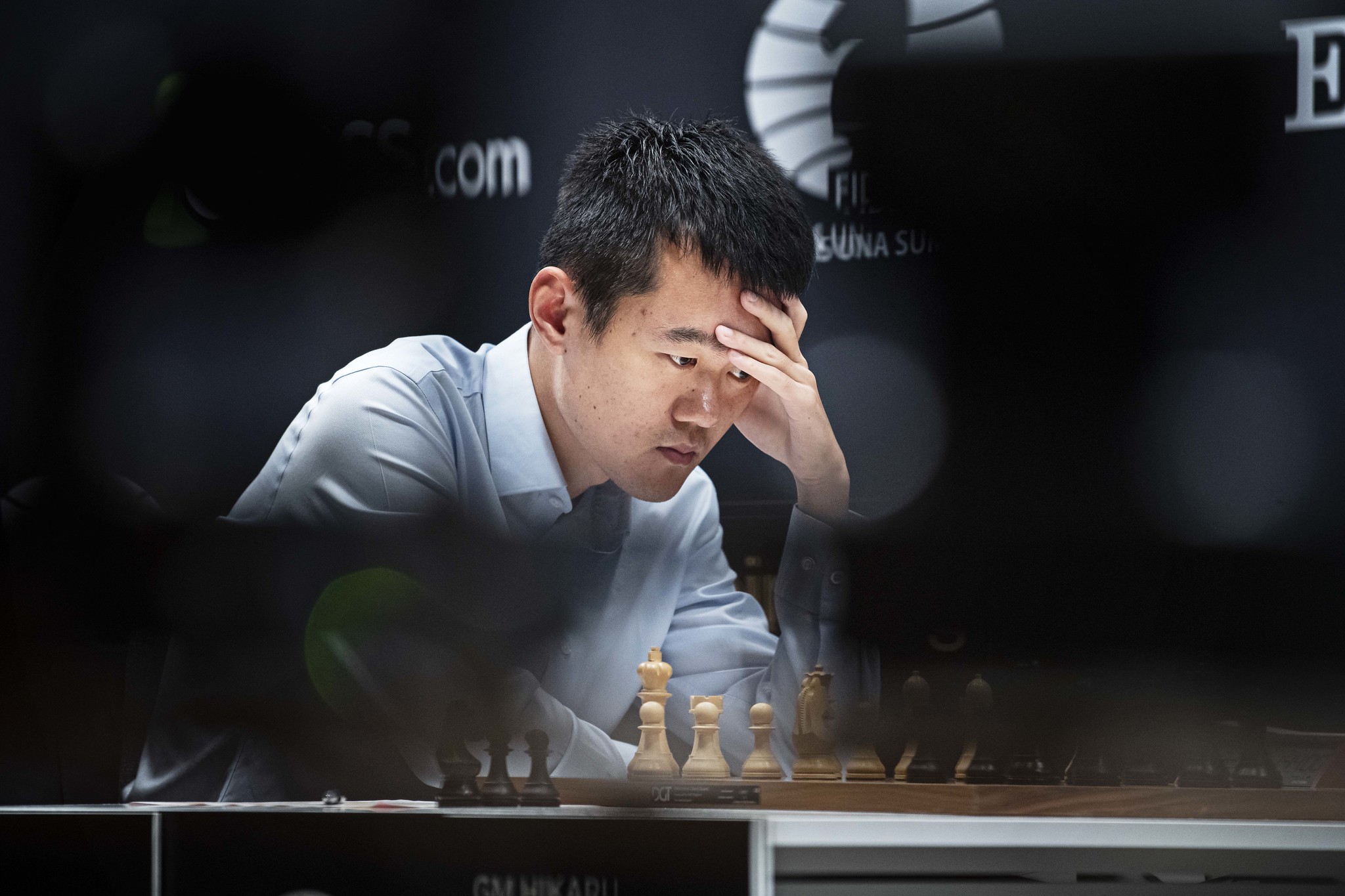 The last round of the Candidates Tournament still featured some excitement because of the potential impact of a second-place finish should Magnus Carlsen decide against defending his title. This meant that the game between Ding Liren and Hikaru Nakamura had quite the stakes. Though the popular streamer would have finished in second place had he clinched a draw with the Black pieces, he ultimately fell short and ended up in fourth.

Elsewhere, Ian Nepomniachtchi drew with Jan-Krzysztof Duda to finish the tournament undefeated, scoring five wins and eight draws: a legendary performance in a field where every other player lost at least two games through fourteen rounds.

It was an inconsequential game in terms of the tournament but both players gave it their all to provide quite a spectacle. Rapport again went for all-out aggression with the White pieces, and again, it didn’t work out. He did build up a small advantage by move 16 but got himself into trouble with an ill-advised piece sacrifice.

Radjabov swiftly turned the tables on the young Hungarian and scored a remarkable victory with the Black pieces to finish third on tiebreakers—a remarkable result from a player many thought to be the weakest and least in-form in this field.

It seemed like Nakamura had it all under control. It was a quiet opening with little to no dynamics involved, and the evaluation read all zeroes deep into the middlegame. However, a single misstep was enough to upend the carefully balanced position.

35. – Bd8? was the beginning of the end for the American streamer as Ding Liren quickly pounced on the opportunity to create a bind on the Black position. He kept upping the pressure, forcing out more and more mistakes from his opponent and cleanly converting his advantage by move 58. A disappointing ending for Nakamura but he can nevertheless hold his head high.

Here is his recap of the game:

Nepo draws with Duda to end tournament with undefeated record

It was a quiet affair: the young Polish grandmaster didn’t make much of an effort to try and inflict a solitary defeat on the tournament winner. The ensuing game was clean and fairly peaceful, swiftly navigated towards a draw by the two players on the top and the bottom of the standings.

The final game of the Candidates Tournament lasted long into the night as Fabiano Caruana tried to salvage half a point and his pride against Alireza Firouzja. It was a combative and imprecise affair that emerged from the Ruy Lopez, and at one point it felt like the Frenchman would succumb to Caruana’s early aggression. Instead, the position remained volatile and relatively even until move 37. By this point, it was Firouzja who had a tangible advantage, and it seemed like Caruana’s 37. f4 deep into time trouble would mark the end of the game.

It’s a testament to Caruana’s tenacity that he almost pulled back a completely lost position to a draw after two hours’ careful maneuvering. Once again, it was the clock that did him in: on move 60, just before getting an extra fifteen minutes (plus thirty seconds per move for the rest of the game), he moved his knight to the wrong square, allowing Firouzja to infiltrate with his rook and finally close out the game, saving himself from the ignominy of finishing in last place.

With this, the final standings of the FIDE 2022 Candidates Tournament are: